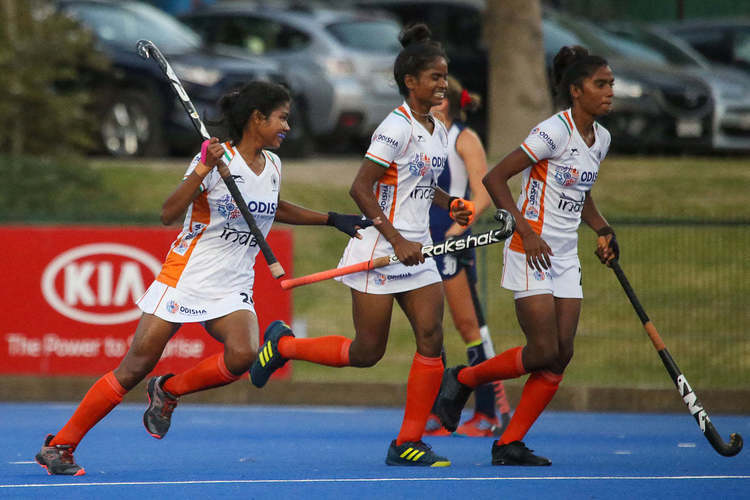 The women’s youth team has already played the second match with the adult national team of Chile. This time the game ended with an equal score of 2:2.

This time the struggle was severe. After three victories, the Indian team felt very confident on the field and began the match with a rather aggressive attack. However, the first quarter did not give the result of any of the teams. After the first fifteen minutes of the game, the score remained 0:0.

The efforts of the Indian team to restore balance in the second quarter were unsuccessful. The home team actively resisted the offensive of Indian hockey players.

In the third quarter, the Indian women’s youth team went on the offensive to turn the situation in their direction. The girls actively tried to go to the gates of the Chilean team. Thanks to teamwork, Deepika was able to play a pass and score a goal against the opposing team.

Until the end of the third quarter, the score remained equal to 1:1.

By the end of the game, a fierce struggle between the teams began in the fourth quarter. In the fifty-first minute, the Indian team made a mistake that cost them a point. Fernanda Villagran was able to break a free-kick into the opponents’ goal. The score was 2:1 in favor of Chile.

We must pay tribute to India’s women’s team, which until the last tried to bring the game to a draw. And in the fifty-fifth minute, Gagandeep Kaur was able to take a chance and scored a free-kick against the Chilean team.

Until the end of the match, there were five more minutes left, but not one of the teams could bend the scales to their side. The result of the game was the score of 2:2.