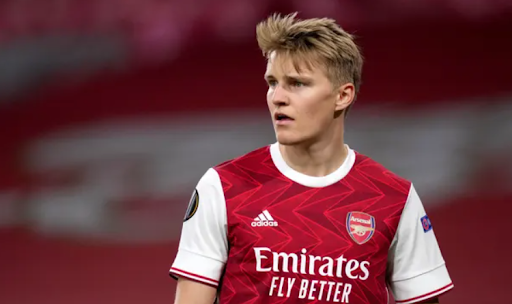 Arsenal and Real Madrid have agreed to a permanent deal to send Martin Odegaard to London – this is their main transfer target of this summer transfer window. He spent the second half of last season playing for the Gunners on loan.

The paperwork has been completed, a contract has been signed and a medical test is done. An official announcement is expected shortly.

It is reported that the Norwegian will sign a five-year contract for a fee of just under €40m including add-ons. Last season, Martin played 14 games for the North London side and scored 1 goal with 2 assists.

Don`t miss out 💥: Will the youngster newcomer become a new creative No.10 that Arsenal has been sorely lacking?

The 22-year-old has been fully vaccinated against the coronavirus (two jabs), so he will not have to undergo quarantine on arrival in England and can be ready for the derby against Chelsea.