Chelsea and Tottenham Hotspur played out a thrilling 2-2 draw

While the first week of the 2022/23 Premier League set the tone for the season, the second week was packed to the brim with drama and surprises. One such surprise was Manchester United being handed a 4-0 drubbing by Brentford, whilst the highlight of the week was certainly the electrifying 2-2 draw between Chelsea and Tottenham Hotspur.

Title favourites Manchester City proved their mettle once again as they secured a comfortable 4-0 win over Bournemouth, but on the contrary, it was yet another bad day at the office for Liverpool as they could only play out a draw against Crystal Palace.

Check out what happened over the weekend in the 2022/23 Premier League season:

This clash was of great importance to both sides, as Aston Villa and Everton started their campaigns with defeats and would have dearly wanted to avoid a second consecutive defeat. However, Everton was met with that very fate, as the Villans secured a 2-1 victory.

Danny Ings opened the scoring for Steven Gerrard’s team in the 31st minute with a beautifully taken shot, while the second goal was scored by Emiliano Buendia in the 86th minute. Just when it seemed that the match was put to bed, an own goal from former Everton player Lucas Digne gave the Toffees a glimmer of hope, but it was nothing more than a consolation.

Though this particular 2-2 draw did not consist of the high drama like the Chelsea-Tottenham Hotspur game, it still was a thrilling match from the neutral’s perspective. Jesse Marsch’s team was the first to break the ice, courtesy of Rodrigo Moreno’s 46th-minute goal.

The Spanish attacker doubled his and his team’s tally only fourteen minutes later, and at that time, it seemed that Leeds United had enough to secure all three points. However, Ralph Hasenhuttl’s team made a fantastic comeback, courtesy of a late goal from Joe Aribo and Kyle Walker-Peters. 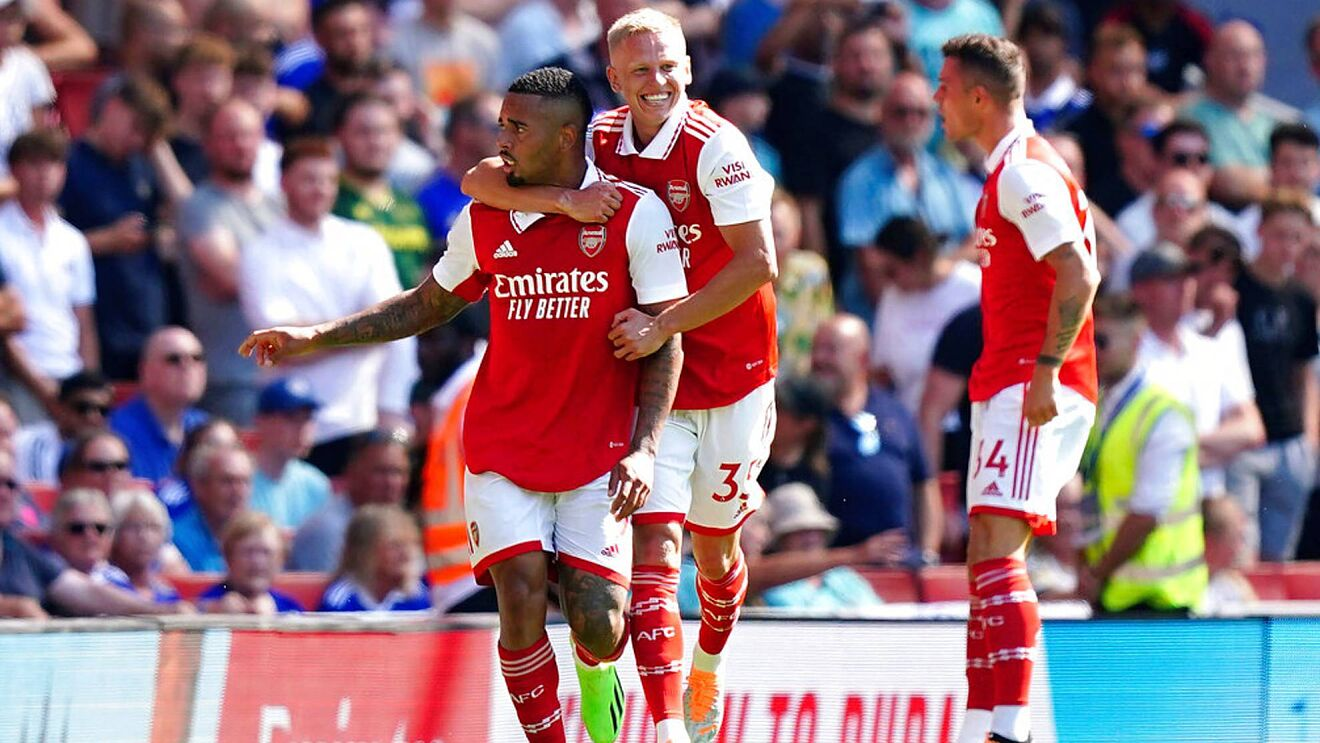 Arsenal looked intimidating in their 4-2 win over Leicester City

Arsenal encashed on the momentum they had from a stunning opening day display to secure a 4-2 win over Leicester City. New signing Gabriel Jesus scored his first Premier League goal for the Gunners in the 23rd minute, while he doubled his tally only twelve minutes later.

The Foxes reduced the deficit through a William Saliba own goal in the 53rd minute, but it took Mikel Arteta’s men all but two minutes to restore the two-goal cushion, as Granit Xhaka found the back of the net in the 55th minute. James Maddison reduced the deficit for the Foxes once again in the 74th minute, but only a minute later, Gabriel Martinelli made the scoreline 4-2.

Brighton & Hove Albion came into this fixture buzzing with confidence, as they defeated Manchester United 2-1 at Old Trafford in their opening fixture. Graham Potter’s team once again played a stylish brand of football, but unlike the Red Devils, Newcastle United’s defense was too strong to be broken down.

The game was certainly dominated by the Seagulls, who had 13 attempts as opposed to the Magpies’ four attempts. Potter’s side also had the upper hand in terms of possession and passes, but thanks to his goalkeeper Nick Pope, Eddie Howe’s team managed to come out of the Amex Stadium with a point.

Bournemouth might have stunned Aston Villa in their opening game, but they were always likely to struggle against the defending champions Manchester City. Pep Guardiola’s men were at their ruthless best, as the Cityzens secured a 4-0 win.

Ilkay Gundogan opened the scoring for the hosts in the 19th minute, while twelve minutes later, Kevin De Bruyne made it 2-0. Phil Foden made the scoreline 3-0 in the first half itself, whilst the only goal Manchester City scored in the second half was netted by a Bournemouth player in Jefferson Lerma.

The match between Wolverhampton Wanderers and Fulham had elements similar to the Brighton-Newcastle United clash. Like the Seagulls, Fulham was confident coming into their second fixture, as they restricted Liverpool to a 2-2 draw in their first.

Though Wolves also had their moments in the game, it will not be unfair to say Marco Silva’s men were the better side, at least from an attacking perspective. However, Bruno Lage’s trusted goalkeeper Jose Sa had a great game under the sticks as neither team managed to open the scoring. 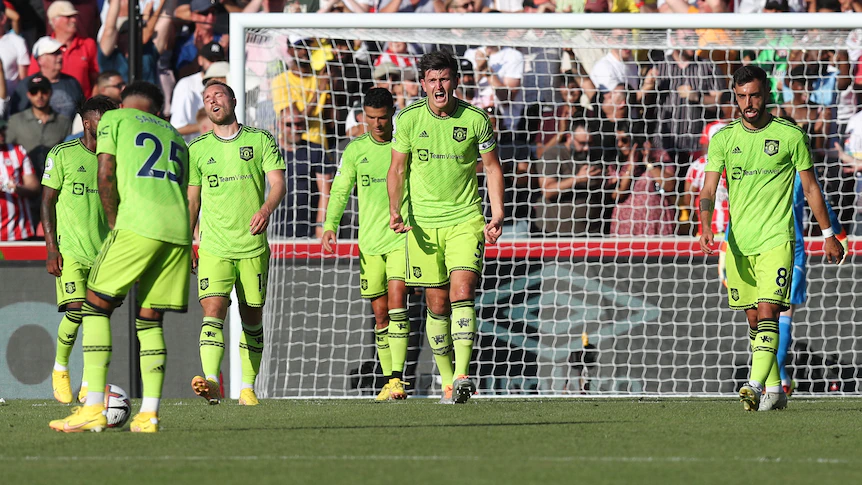 If the 2-1 defeat against Brighton & Hove Albion was a bad day at the office for Manchester United, the match against Brentford was nothing short of an absolute calamity. Thomas Frank’s men stunned the Red Devils as they secured a 4-0 triumph.

Nottingham Forest might have been one of the most ambitious clubs in the summer transfer market, but that ambition was not reflected on the pitch in their first game. However, in the second match against West Ham United, Steve Cooper’s team emerged as 1-0 winners.

New signing Taiwo Awoniyi scored the winning goal for the hosts just seconds before half-time. The Hammers also got their opportunities – notably a penalty. However, Declan Rice failed to make it count as his shot was spectacularly saved by Dean Henderson.

The match between Chelsea and Tottenham Hotspur had every element a high-voltage derby clash should have. The Blues were the first to score via Kalidou Koulibaly in the 19th minute, but Pierre-Emile Hojbjerg’s strike got Spurs back in the game in the 68th minute.

Chelsea, however, did well to restore their lead, as Reece James got his name on the scoresheet in the 77th minute. Just when it seemed that Thomas Tuchel’s men had three points in their pockets, Harry Kane handed them a killer blow with a 96th-minute goal. 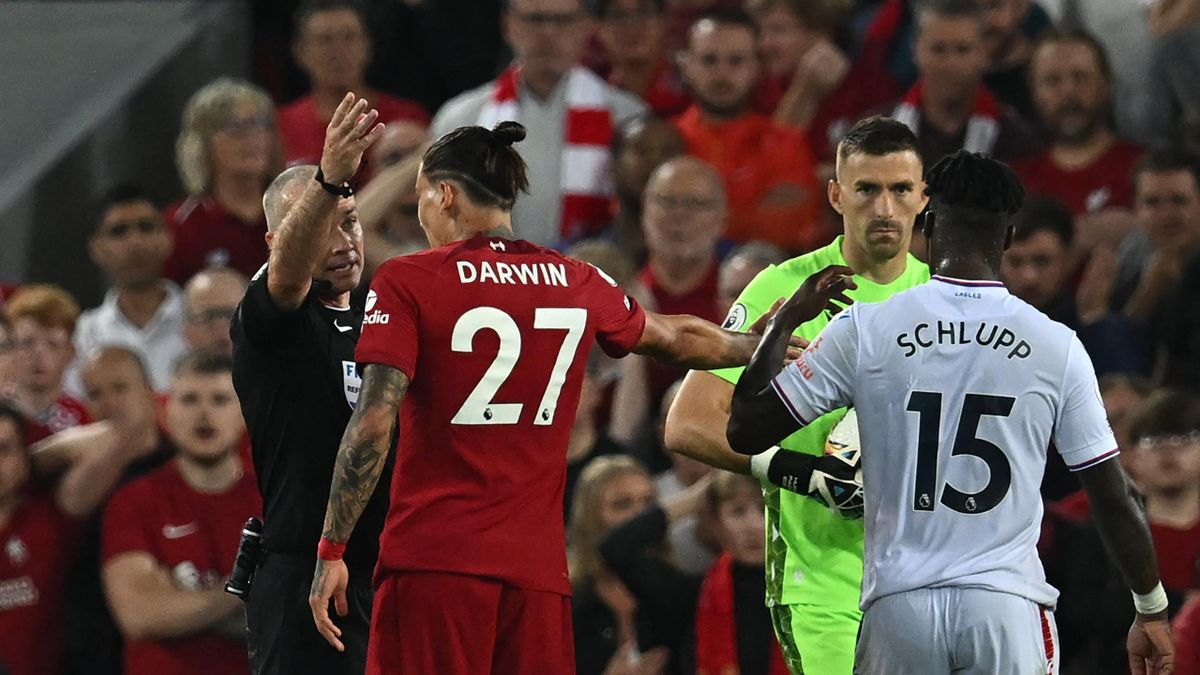 We are only two weeks into what is going to be a very long Premier League season, but Liverpool has already got some catching up to do in terms of the title race. While their rivals Manchester City are looking flawless, the Reds played out a 1-1 draw against Crystal Palace after drawing their first game.

Wilfred Zaha opened the scoring for the Eagles in the 32nd minute, and to make matters worse, Darwin Nunez got sent off in the 57th minute. Despite the numerical inferiority, Luis Diaz’s strike got the Reds back in the game in the 61st minute, but Jurgen Klopp’s men could not find a winner.