Odisha vs Chennaiyin: Preview and Prediction

Mid-table Odisha and Chennaiyin look to rise up the standings

Matchday 7 ended with a couple of surprising results as Kerala Blasters trumped the unbeaten Hyderabad 1-0 whereas Goa tamed ATK Mohun Bagan 3-0. Matchday 8 also promises to offer plenty more action as Odisha plays host to Chennaiyin in the opening match of the week at the Kalinga Stadium.

Coach Josep Gambau’s men are currently sitting in fifth place on the league standings, after a thrilling 4-2 win over East Bengal. It was a game of two halves as the Red and Gold brigade had picked up a 2-0 lead at half-time but the Kalinga Warriors responded in stunning fashion through a quick-fire brace from Pedro Martin, as well as goals from Jerry Mawihmingthanga and Nanda Kumar sealed a memorable comeback.

Both teams thus come into this game riding high on confidence and they will be eager to keep that winning momentum going.

The club from Bhubaneshwar have given a good account of themselves so far, both in terms of their attacking threat as well as their defensive prowess.

Gambau’s side began their league campaign with a thrilling comeback win over Jamshedpur, but they fell prey to a 2-0 defeat against Mumbai City in the following game. A narrow 2-1 win over Kerala Blasters got them back on winning ways, and they made it back-to-back victories by edging out Bengaluru 1-0.

The Juggernauts lost 0-1 to defending champs Hyderabad subsequently but responded in stunning fashion with a victory over the Salt Lake-based outfit in their own den. Thus, with four wins and two losses in six matches so far, they have amassed 12 points.

Elsewhere, as far as the Chennai-based club is concerned, they’ve had a mixed bag of results so far, their defence has been all over the place, but their attacking players have shown some real promise.

Brdaric’s side kick-started their league campaign with a 2-1 loss against the Mariners. A 1-1 draw versus Bengaluru followed suit, and they again went down 0-2 against Goa, before finally picking up a narrow 1-0 win to grab their first 3 points of the season against Stephen Constantine’s side.

The Marina Machans took a 2-0 lead against the Islanders in their subsequent home game but ended up losing the contest 6-2. They again bounced back to winning ways by beating the Men of Steel. With 3 wins, a solitary draw and a couple of defeats, the South-Indian club would be hoping to find some more consistency having won just 10 points so far.

The head-to-head record between these two sides reads in favour of Gambau’s men who have prevailed six times in a total of 16 meetings. Their opponents have won just thrice, while seven games have ended as a draw.

The last time they squared off in the league was earlier in February last season, the match ended in a 2-2 draw, while the Marina Machans won the reverse fixture 2-1 in December 2021.

Neither coach has shown the tendency to do much of the chopping and changing but Brdaric did name a much-changed side for their previous league outing so it remains to be seen whether he persists to the same eleven, or returns back to his tried and tested formula.

Anirudh Thapa was the most notable absentee from the team, but they still played well in the absence of the Indian midfielder. Debjit Majumdar will be a certain starter in goal, behind a back-four of Ajith Kumar, Fallou Diagne, Vafa Hakhamaneshi, and Aakash Sangwan.

Sajal Bag and Sourav Das performed well as a unit and could continue in midfield if Thapa and Jiteshwor Singh are facing any injury concerns. 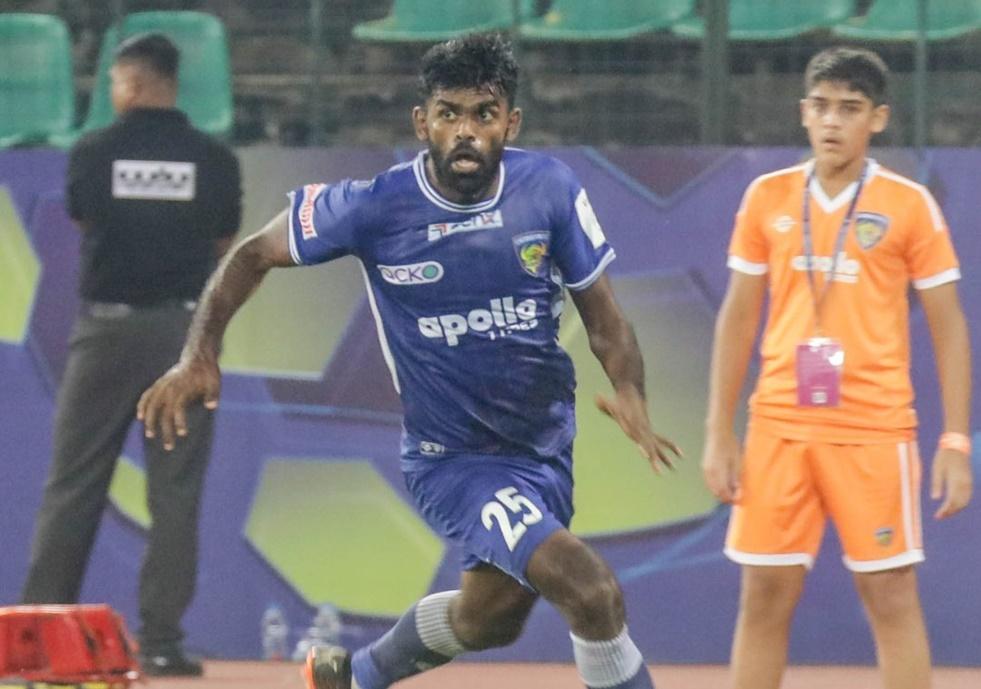 Prasanth Karuthadathkuni and Julius Duker are certain to keep their places in the starting XI, while Jockson Dhas was instrumental last week and may yet keep his place ahead of Rahim Ali. Silskovic will be leading the line as usual. Meanwhile, Gambau has shown faith in his core group of players and will be expected to name a similar looking eleven which won against East Bengal.

Amrinder Singh is a certain starter, and the trio of Sahil Panwar, Carlos Delgado, and Osama Malik too, but the right-back position has seen multiple players being deployed to it remains to be seen who is preferred there.

Given the recent resurgence of both sides, it will be interesting to see how they fare against each other. Undoubtedly, the home team will be looking to exploit the visitors’ defence who have kept just a solitary clean sheet so far this season. Given the firepower in both teams, a draw would be a fair outcome.