Jerry Mawinmingthanga was a livewire down the flank for Odisha

Odisha held ATK Mohun Bagan to a goalless draw in the first match of matchday 11 of the 2022-23 Indian Super League, which was held at Bhubaneshwar’s Kalinga Stadium.

Following a disappointing 0-3 defeat against Goa, Odisha head coach Josep Gambau made three changes to his starting XI. Sahil Panwar replaced Lalruatthara in the left-back position, while Saul Crespo made way for Diego Mauricio. Besides that, the suspended Nandhakumar Sekar was replaced by Isaac Vanmalsawma.

On the other hand, ATK Mohun Bagan head coach Juan Ferrando made two changes to the team that defeated 1-0.  Having served his suspension, Brendan Hamill returned in defense, with Carl McHugh reverting to midfield at Lenny Rodrigues’ expense. Youngster Fardin Ali Molla also got a chance as Hugo Boumous was dropped to the bench.

Odisha had the better start and could have taken the lead as early as the 2nd minute when two players who got a chance in this match almost proved why they deserved their places in the XI. Panwar placed a perfectly weighted corner for Mauricio, whose header was not miles off target. 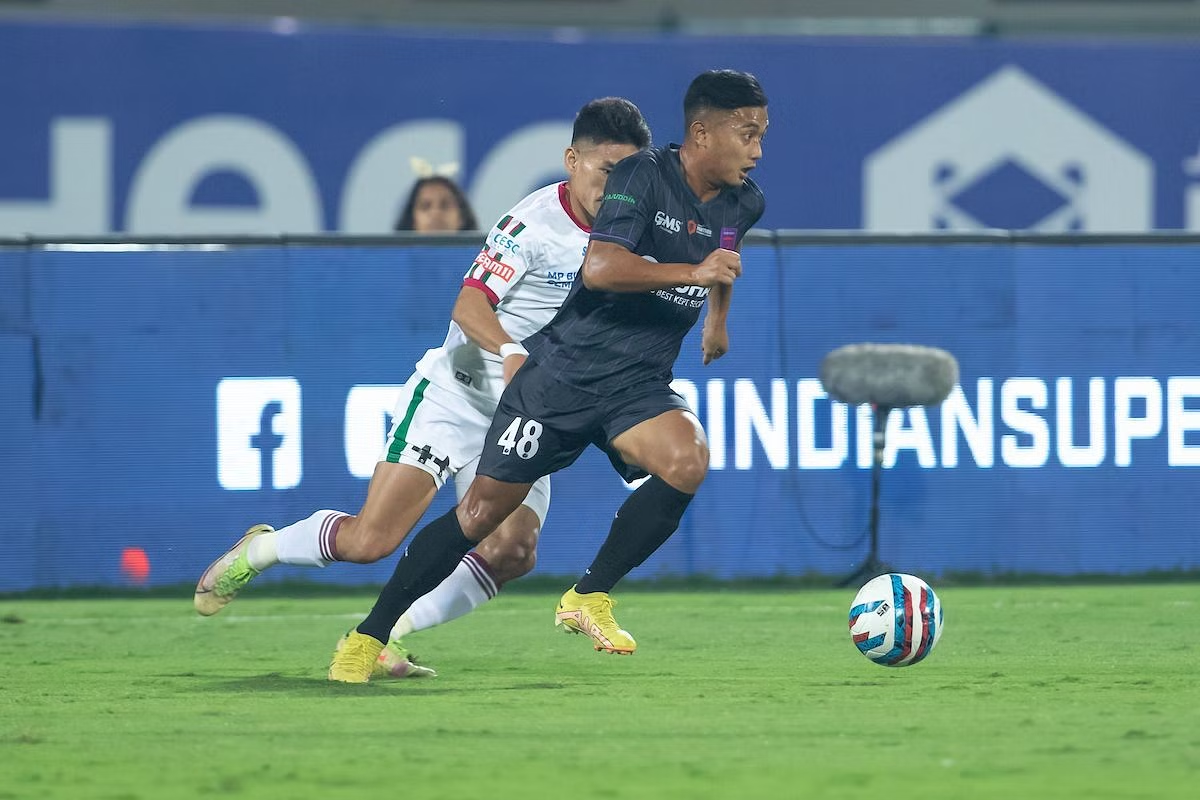 The Brazilian striker had a similar chance only four minutes later. This time around, it was Isaac who delivered a great cross, but Mauricio could not keep his headed attempt on target this time around as well.

ATK Mohun Bagan had their first chance in the 13th minute. After Pritam Kotal’s header was cleared by one of Gambau’s defenders, Deepak Tangri attempted a long ranger, but could not trouble Amrinder Singh in the Kalinga Warriors’ goal.

After sustaining the initial press from the hosts, the Mariners took control of the situation and came close to scoring in the 22nd minute. After Colaco’s cross was blocked, the ricochet once again fell for Tangri, whose shot was on target this time but saved by Amrinder.

Odisha could have easily earned a penalty five minutes later when, in an attempted clearance, Australian forward Dimitri Petratos ended up handling the ball. However, referee CR Srikrishna was not to be moved.

The first half ended with a flurry of chances. In the 41st minute, Jerry Mawihmingthanga found Osama Malik with a cross, but the former Melbourne City player could not keep his shot on target.

A minute later, it was the Mariners’ turn to turn the heat up. After receiving a precise pass from Petratos, Colaco put on the afterburners before finding McHugh, but the Irishman’s attempt was saved by Amrinder.

The last chance of the half fell to Gambau’s team. Just seconds before the break, Raynier Fernandes launched a brilliant delivery into the box from a setpiece. Carlos Delgado found himself unmarked in a good area, but the former Valencia player did not trouble Vishal Kaith with his header.

The first chance of the second half, once again, came to Odisha. Mawihmingthanga played another great ball, this time for Raynier, but the midfielder’s shot was not on target. Gambau’s team kept on troubling Ferrando’s defenders, and just after the hour-mark, Narender Gahlot had an ambitious strike, but to no avail.

The Kalinga Warriors will rue their luck for not winning this match as they did score in the 71st minute, only for the linesman to make a poor decision by ruling it offside. Mauricio’s header from a Gahlot pass found the back of the net, but it did not change the scoreline.

Completely against the run of play, ATK Mohun Bagan almost scored the opening goal only four minutes later. After beating Malik, Kiyan Nassiri played a precise pass for Petratos, whose shot was saved by Amrinder. The former Mariner was needed in action once again when Colaco tried his luck, but Amrinder won the battle this time as well.

The best chance of the game came in the 88th minute when Gahlot laid off a cross from Isaac for Malik, whose head was spectacularly tipped to the crossbar by a diving Kaith. It also proved to be the last chance of the match.

With this draw, Odisha climbed to the fourth position with 19 points in their bag. They will now take on Kerala Blasters in an enthralling Boxing Day fixture while ATK Mohun Bagan, who remain third with 20 points, will face NorthEast United next Saturday on Christmas Eve.