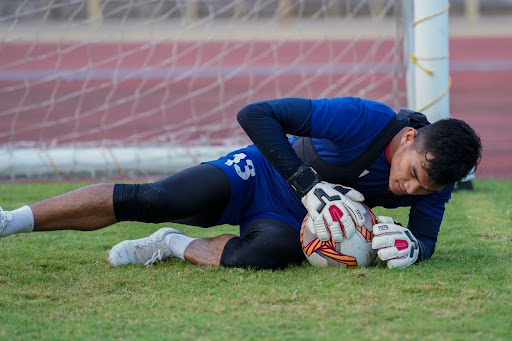 Mumbai City has signed former Goa goalkeeper Mohammad Nawaz on a three-year contract until the end of the 2023-24 Indian Super League season.

After signing for the Islanders, Nawaz said,

“I would like to thank Mumbai City FC for showing faith in me and giving me the opportunity to play at a club that wants to win games and win trophies. I had a chance to speak to many of my friends who are now my teammates and they spoke highly of the great culture at the club. I’m looking forward to getting started on this exciting journey with my new family and achieve great things along the way.”

In 2016, Nawaz became a part of the AIFF Elite Academy and proved his doubters wrong who doubted the goalkeeper due to his short stature. The Manipur-born goalkeeper was signed by Goa and was later promoted to the senior team ahead of the 2018-19 ISL season.

After his impressive performances for the reserve side, the then Goa head coach Sergio Lobera decided to give the youngster a chance in the ISL. Nawaz’s performances were impressive at the highest level as well as he conceded only 17 goals in 13 appearances despite the Gaurs playing with an attack-focused strategy.

In the 2019-20 ISL season, Nawaz conceded only 23 goals in 18 matches keeping 5 clean sheets and helping the Gaurs win the ISL League Winners’ Shield.

The 2020-21 season was supposed to be the continuation of good form for the young goalkeeper but he refused to sign a contract extension and was frozen out by new head coach Juan Ferrando midway into the season.

Mumbai City has added a lot of quality and youth in their Indian contingent by signing local boy Rahul Bheke and breaking the ISL transfer record to sign Apuia apart from bringing in Nawaz to replace Amrinder Singh who joined ATK Mohun Bagan.