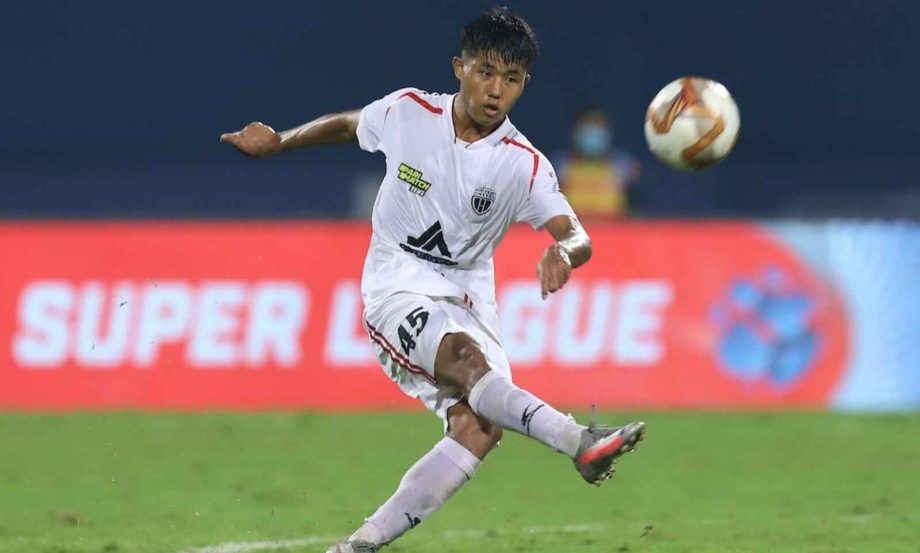 Apuia in action for NorthEast United

Mumbai City has signed Lalengmawia ‘Apuia’ Ralte from NorthEast United on a five-year contract until the end of the 2025-26 Indian Super League season.

After signing for the Islanders, the young starlet said

“To join a club of Mumbai City’s stature is a huge honor for me and for my family. The club has the ambition and the intent, not just to win titles in India but to make a mark in Asia as well and I want to be a part of it. The club had a hugely successful last season and I believe we’re on the right path to build something special here.”

After thanking NorthEast United, the central midfielder talked about his eagerness to play under Sergio Lobera. He continued,

“I want to thank NorthEast United for giving me the opportunity to play at the highest level in India but now, I feel I am ready to take the next step in my career. I am still young, I have a lot to learn and I am looking forward to getting to work with the coach Sergio Lobera, his staff, and my new teammates.”

After starting his career with the AIFF Elite Academy and playing in the 2017 FIFA U-17 World Cup, the youngster played for Indian Arrows for a couple of seasons. A move to the ISL beckoned as NorthEast United came calling and the central midfielder made 10 starts in his debut season with the club.

Ahead of the 2020-21 ISL season, Apuia was appointed as the skipper of the team and he led the Highlanders at a young age of 20 years and 44 days becoming the youngest captain in the history of the league. 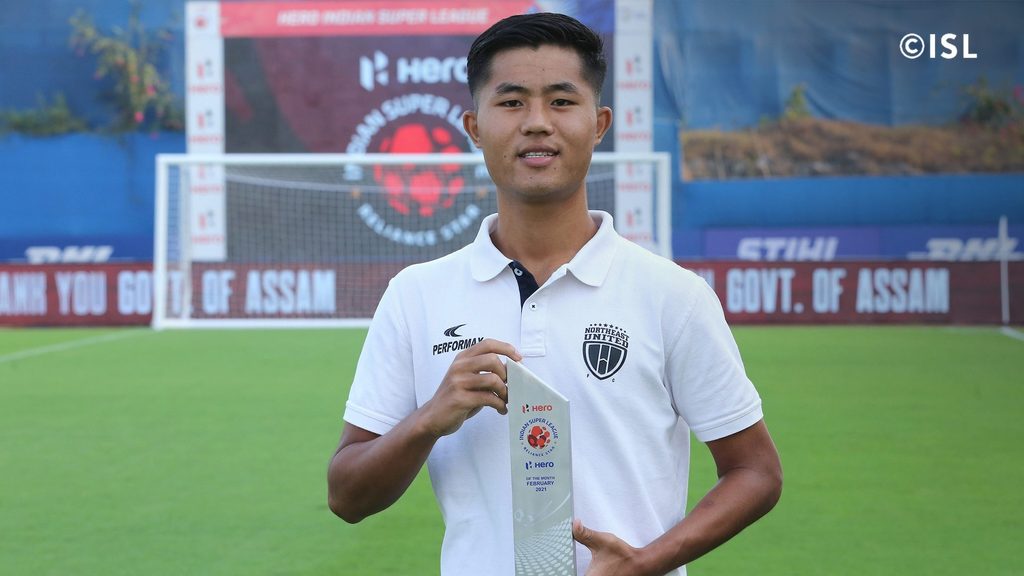 Apuia with the ISL Emerging Player of the League award

Lalengmawia Ralte also made his debut for India in the 1-1 draw against Oman in March before featuring in three more matches including two FIFA World Cup qualifiers.

Mumbai City head coach Sergio Lobera was full of praise for the club’s latest acquisition signaling why the club broke their bank to sign the young midfielder.

“A player of Apuia’s calibre brings a lot of quality to the team and reminds us that if you are good enough, you are old enough. He is an exciting talent, possibly the best of his generation, and he is the right type of individual that we want at Mumbai City.”

“There is no doubt that there is great maturity and flair in the way he plays his football and we want to give Apuia the right platform and the right guidance to become the exceptional player that he can be at Mumbai City for years to come. I am pleased to welcome Apuia to the club and I wish him all the good health and success.”

According to several reports, Mumbai City won a bidding war against ATK Mohun Bagan and secured the deal in Rs.2 crores + taxes breaking the transfer record set by the Mariners a couple of months ago for securing the services of Hugo Boumous from the Islanders.

The club co-owner Bimal Parekh talked about how they faced a lot of competition in acquiring the young star’s services and talked about what he brings to the table for the upcoming season and the future as well.

“We are delighted to be able to bring in a talented young boy like Apuia to Mumbai City. It is no surprise that we faced considerable competition for his signature given the sheer quality Apuia brings to the table. Although he is only 20, we are confident that Apuia can make a difference right away, and at the same time, we want to help him achieve his full potential as well.”

After the record transfer signing, the reigning champions now have the best central midfield talents in the league going into the new season with the likes of Ahmed Jahouh, Rowlin Borges, Raynier Fernandes, and Apuia making up the ranks in the first team.