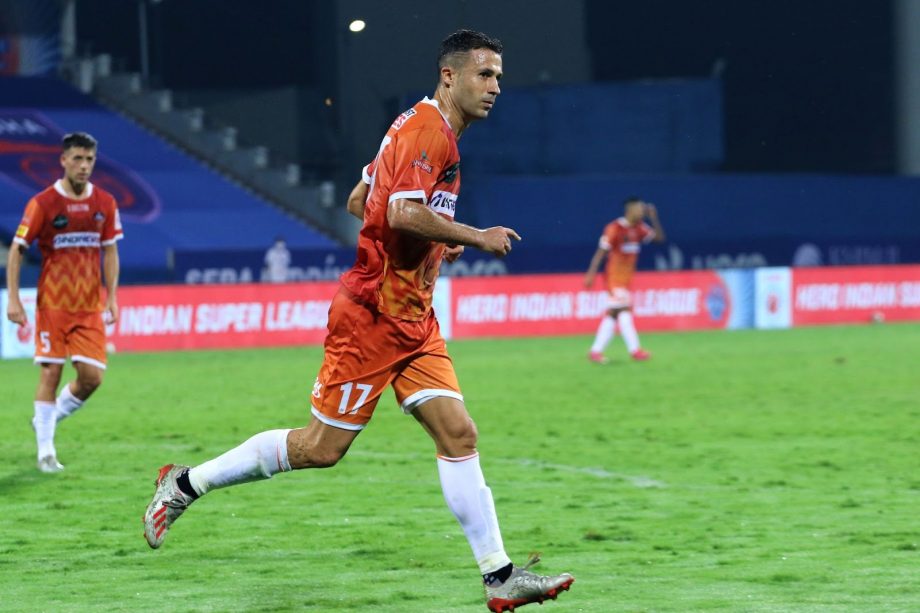 After signing for the Islanders, Angulo said

“It’s an honor to join the champions Mumbai City and to be a part of a club that has grand ambitions and wants to fight for titles. I have spent one season in India so far and my experience of the ISL has been incredible. But my focus remains on what I set out to do everywhere I’ve played, I want to win the league.”

Angulo was left out of the Asian Champions League squad by Goa manager Juan Ferrando and he joins the Islanders with the apparent promise of playing in the competition he was forced to sit out of in the last season.

“The club’s mentality and the coach Sergio Lobera’s philosophy fits right with the way I want to play football too and I am delighted to be here. We have a massive season ahead of us. It will be an honour to defend both our trophies and represent India in the AFC Champions League and I’m ready for the challenge. I cannot wait to get started with my new family and represent our fans and the city of Mumbai in the best way we can.”

Angulo was part of the Athletic Bilbao youth academy setup but could make only 4 appearances for the senior team in his 12-year stay with the Lions. After going on several loan spells and playing for the Bilbao reserves side, the striker spent five seasons in the lower divisions of Spanish league football.

In his late twenties, Angulo decided to ply his trade in Cyprus and Greece before finding a home away from home at Gornik Zabrze. The Spaniard made 154 appearances for the Polish club scoring 88 goals and providing 21 assists during his 4-year stay in Poland.

Impressed with his exploits in the Polish top division, Angulo was snapped up by the Gaurs ahead of the 2020-21 ISL season. The 37-year old striker scored 14 goals for Goa enroute to winning the ISL Golden Boot in his debut season in Indian football.

Mumbai City manager Sergio Lobera praised the goalscoring abilities of his latest signing and talked up his experience after the veteran striker put pen to paper.

“Igor is a veteran campaigner and a class act on and off the field. We’ve seen his goalscoring prowess in the previous seasons and how dangerous he can be for the opposition. He is someone who will bring a lot of valuable experience along with his skill and we are confident he can help us and bring the best out of the players playing alongside him. His understanding of the game and his guile on a football pitch will be an asset for us in this historic season that lies ahead of us. I am really pleased to have Igor with us at Mumbai City.”