Mumbai City registered yet another stellar victory against Goa at home as the Islanders won 4-1, extending the lead at the top of the Indian Super League table and grabbing a fourth consecutive win.

The hosts made just one change to the starting eleven as Lalengmawia Ralte recovered from a niggle and took back his place in the XI. The visitors made two changes that saw Bedia and Redeem Tlang return to the starting XI. Princeton Rebello and top-scorer Noah Sadaoui dropped to the bench.

Mumbai City looked to start the game on the front foot but Goa was marshalling the Islanders’ attackers expertly in the opening minutes pushing them wide and not allowing them a clear run at goal.

The first chance of the game broke the way for the Gaurs in the 4th minute of the game. Ayush Chettri played a ball down the right flank into space behind the Islanders back line. Alvaro Vazquez beat the offside trap and got a clear run at goal from a tight angle.

He shot soon after getting into the Islanders’ penalty box but was denied a goal by Phurba who got down expertly to punch the ball out. The scores read 0-0, thanks to the Islanders custodian.

The next chance of the game broke the way of Goa in the 11th minute of the game. Redeem tricked past a couple of Mumbai City players after he was played in by Vazquez on the right flank. His following shot was punched away by Phurba for a corner. 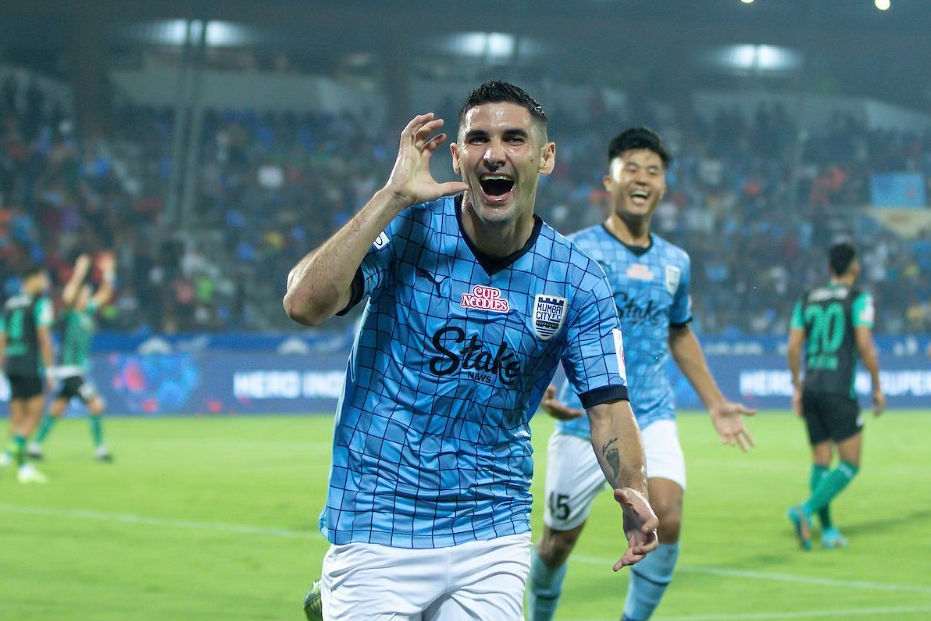 Soon after, Mumbai City took the lead in the 17th minute of the game. Bheke nicked the ball in midfield and was picked up by Greg Stewart, who attacked the vacant space ahead of him. He then played in Jorge Pereyra Diaz who had made a smart diagonal run behind the Goa defense.

Pereyra Diaz then tricked his way past a Goa defender with a slick nutmeg to make space for himself and calmly slotted the ball past Dheeraj to make it 1-0 for the Islanders. The Islanders’ lead however did not last for too long as Goa equalised in the 23rd minute.

Redeem was played in by Edu Bedia with a searching diagonal ball into space on the right flank. He ran at the Mumbai City backline with intent, slowly cutting inside towards the goal. He then played in Iker Guarrotxena on the edge of the box who shot the ball through a crowd of players right at Phurba. The Islanders goalkeeper failed to catch the ball as it slipped from his hands into the goal. It became 1-1 as Goa clawed their way back into the game.

Des Buckingham’s Mumbai City and Carlos Pena’s Goa were matching each other punch for punch. Tackles were flying around and the atmosphere inside the stadium was tense as the game properly started to feel like a derby.

The next chance of the game broke the way of the Islanders in the 35th minute of the game. Greg was played into space deep inside the Goa half. He then took the ball onto his weaker foot to get his shot away from the space right outside the box. His shot narrowly went wide of the right post as Dheeraj was scrambling across his goal to make sure the ball did not sneak into the goal.

The Islanders took the lead again in the 43rd minute of the game with a sublime counterattack. Apuia got the ball from Greg right at the halfway line and advanced forward. He played in Chhangte on the right wing who broke into the Goa penalty box with pace. The Islanders’ number 7 then held off two Goa defenders and made space for himself coming in from the right. He curled the ball perfectly into the left bottom corner to make it 2-1 in favour of the Islanders as Dheeraj could just watch the ball go into the goal.

Soon after the Islanders’ 2nd goal of the game, the referee blew for half-time as he brought the action-packed first half to a close at 2-1. Mumbai City went into the half-time break with a slender lead arguably playing their most competitive game of the season yet.

The half-time substitutions for the Islanders seem to be doing the trick as they were finding it much easier to dominate the ball after the restart. The Islanders’ ball dominance yielded immediate results as they made it 3-1 in the 49th minute of the game.

Greg won the ball in the attacking half and played in Chhangte in acres of space on the right wing. He broke into the box and played a simple ball across the face of the goal to find an unmarked Pereyra Diaz in the centre who calmly slotted the ball past Dheeraj to make it 3-1 for the Islanders.

The Islanders stretched their lead further in the 55th minute of the game. Chhangte took a short corner on the left wing to play in Greg, who bore down on goal from a tight angle. He then got his shot away but was punched out by Dheeraj. The ball however fell right at the feet of Noguera outside the box, who walloped the ball into the net from 25 yards out to make it 4-1 in favour of the Islanders.

Both teams were struggling to carve out clear-cut chances in the last 30 minutes of the game. The Islanders were dominating the ball with ease and were constantly pushing the Gaurs back into their half as they were not letting them retain the ball for too long. 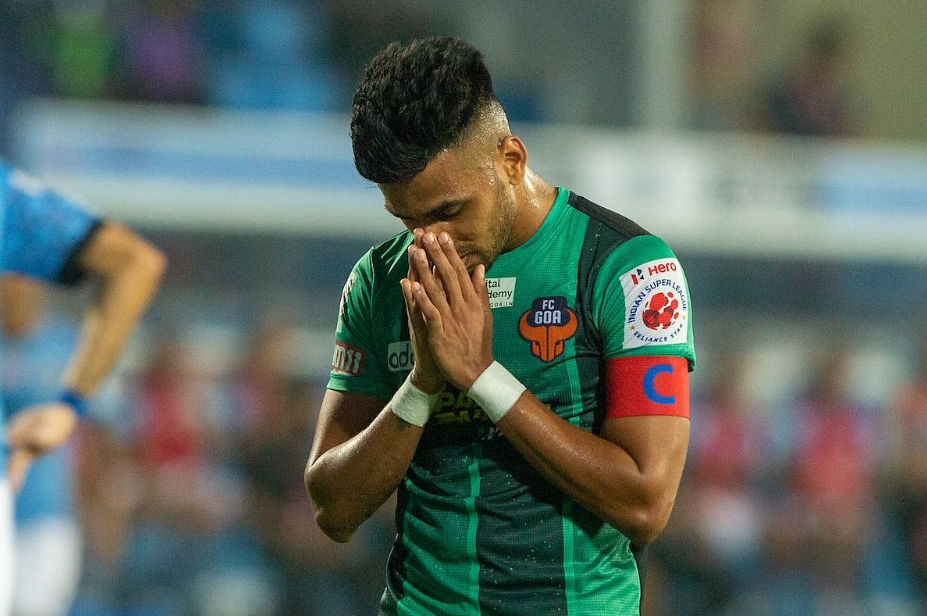 Goa went down to 10 men soon after in the 79th minute, as a loose challenge from Edu Bedia saw him receive his second yellow of the game as the struggles of Goa increased going into the last ten minutes of the game.

The last chance of the game broke the way of the Islanders in the 85th minute of the game. Mandar Rao Dessai broke forward from left back with the ball. He unleashed a thunderous shot at goal from a distance which narrowly missed the target. The scores still read 4-1 as the Islanders were well on their way to registering their sixth win of the season.

The referee soon after blew the final whistle of the game, as the game ended at 4-1 in favour of the Islanders.

The Islanders will now go on a 15-day break as they face East Bengal away from home on the 16th of December in their next ISL game. Meanwhile, Goa host Odisha next Saturday.