Mumbai City secured their fifth win of the 2022-23 Indian Super League season as they handed NorthEast United a 3-1 defeat here at the Indira Gandhi Athletic Stadium in Guwahati on Friday.

Ahmed Jahouh, Bipin Singh, and Jorge Pereyra Diaz were on strike for the Islanders, while for the Highlanders, Parthib Gogoi was the lone goal-scorer.

NorthEast United head coach Marco Balbul made one change to the team that lost 1-2 against ATK Mohun Bagan. After a string of underwhelming performances, Emil Benny was axed from the starting XI and was replaced by Rochharzela.

On the other hand, despite beating Bengaluru 4-0 in the last fixture, Mumbai City head coach Des Buckingham made a surprising change to his starting XI. Apuia did not feature from the start of this game as Vinit Rai got a rare opportunity to play from the start.

Though Mumbai City dominated the initial exchanges of the game, the Highlanders could have taken the lead in the 2nd minute itself. Imran Khan played a through ball for Gogoi, but the youngster could not keep his shot on target.

Five minutes later, the Islanders registered their first attempt when Greg Stewart tried his luck, but he could not beat the Highlanders’ custodian Mirshad Michu. However, the Scotsman was heavily involved in an attack once again in the 8th minute, and this time, he earned his team a penalty.

Stewart waltzed through the NorthEast United defense before being brought down by Rochharzela. While there can be little question about the foul, it was later made clear from the replays that the foul happened just outside the box. However, the decision stood, and Jahouh made no mistake in converting from the spot.

Against the run of play, Balbul’s team equalized in the 17th minute. After Mehtab Singh lost possession in a dangerous area, Romain Philippoteaux played a good pass for Gogoi, who showed fantastic composure by first beating Rostyn Griffiths and then Phurba Lachenpa with a precise shot.

Mumbai City could have reclaimed the lead only five minutes later when Stewart played a pass for Jahouh, but this time around, the Moroccan midfielder could not keep his shot on target. Two minutes later, Bipin found Lallianzuala Chhangte with a cross, and while the latter did keep his shot on target, Mirshad came to his team’s rescue with a save.

Once again, the Highlanders eventually succumbed to the incessant pressure as they conceded the second goal in the 28th minute. From a swift counter-attack, Stewart found Bipin inside the box with an inch-perfect cross and the winger did well to place his header past Mirshad.

Four minutes later, Bipin almost scored his second as he found himself in space, but his shot sailed into the stands. The last chance of the first half fell to the Highlanders in the 40th minute when Philippoteaux’s cross was met with Gurjinder Kumar, but the full-back’s header did not trouble Phurba. 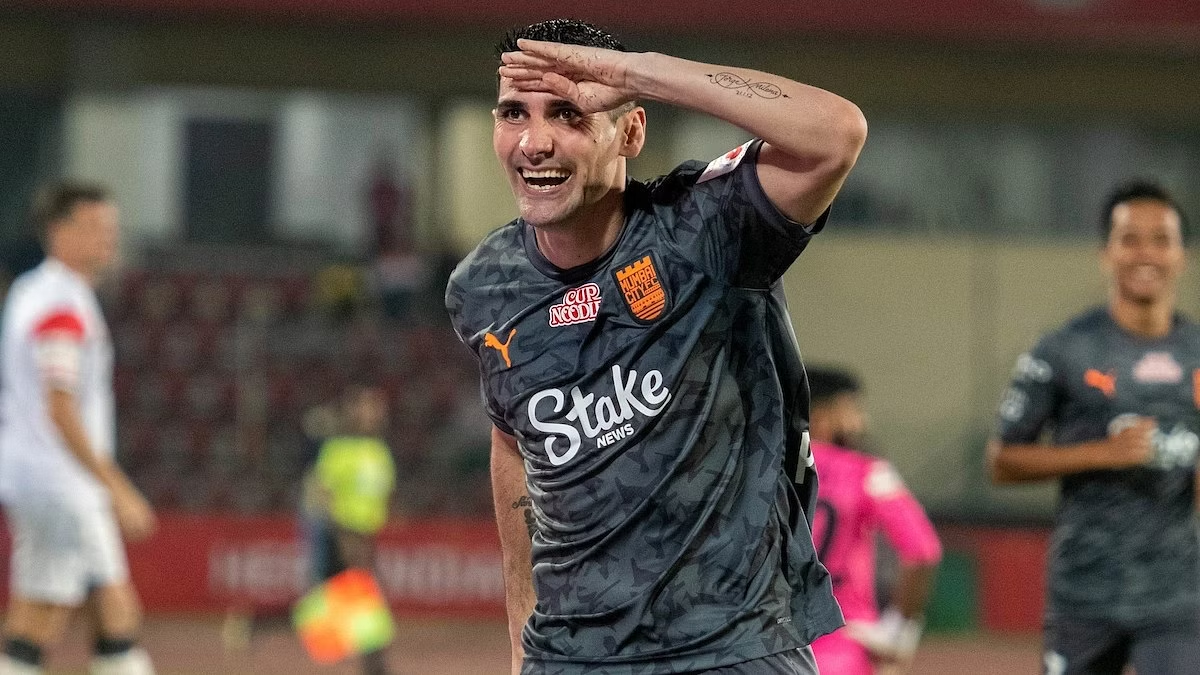 The second half started just how the first half did, with Mumbai City setting the tempo from the first second. In the 46th minute, Bipin went for glory once again but found his attempt being saved by Michu. Fortunately for Buckingham’s team, the rebound fell to Diaz who had no trouble whatsoever in tucking the ball home.

Mirshad was called into action once again only four minutes later when Chhangte decided to join the party, but this time around, the goalkeeper from Kerala could not be beaten. After withstanding continuous attacks, Balbul’s team tried to retaliate past the hour mark.

Philippoteaux was influential once again as he played a pass for Imran Khan, but the Manipuri attacker could only find the side netting with his attempt. Five minutes later, Mumbai City turned on the heat again as Stewart had a go, but once again, Mirshad saved his team.

Buckingham’s team almost scored their fourth goal in the 76th minute when Chhangte launched a cross for Alberto Noguera. While the Spaniard could not do much, the ball eventually landed kindly for Stewart who smashed his shot over the bar.

The former Rangers man had another shot in the 88th minute which was also on target, except that Mirshad was not ready to be beaten for the fourth time. The custodian pulled off another spectacular save in added time to deny Vikram Pratap Singh a goal.

With this win, Mumbai City has climbed to first place with 18 points from eight matches. They will now take on Goa on Thursday, while NorthEast United, who remain at the bottom position with zero points, will face Odisha on Friday.