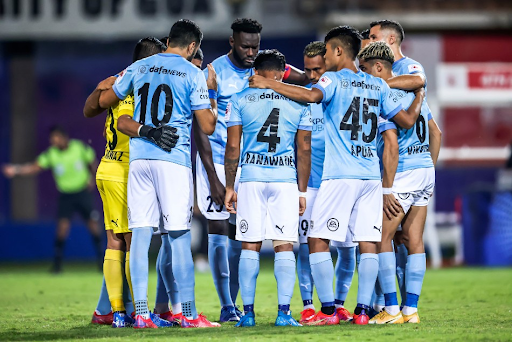 Mumbai City, the ISL League Winners’ Shield winner of the 2020-21 season, has named their 29-man squad for the upcoming 2022 AFC Champions League, which will commence on 7th April.

Des Buckingham’s team has retained all of his six foreigners for the mega event in Mourtada Fall, Cassinho, Brad Inman, Ahmed Jahouh, Igor Angulo, and Diego Mauricio. Among the Indian players, a few youngsters like Chanso Horam, Asif Khan, and Valpuia have made it to the team. Besides that, all three loan signings in Ravi Kumar, Vinit Rai, and Lallianzuala Chhangte have found a place on the Islanders’ roster.

This will be Mumbai City’s first appearance in the apex club competition of Asia, and the boys in blue will rub shoulders with some of the most prestigious teams from the continent. Defending UAE Pro League champions Al Jazira, Saudi Arabian club Al Shabab and a three-time AFC Cup-winning team from Iraq, Al-Quwa Al-Jawiya are placed in Group B alongside the Islanders.

Buckingham’s men did not have a great 2021-22 Indian Super League season as they accumulated only 31 points from 20 matches and failed to make it to the semi-finals. That being said, Fall & Co. have looked impressive in their two friendlies before coming into this tournament. Mumbai City defeated UAE giants Al-Ain by a 2-1 margin, whilst the scoreline was 2-0 in their favour against another opponent from the same nation – Al-Hilal United.

Jahouh and Apuia found the back of the net in the first match, whereas Mauricio and Bipin Singh were the goal-scorers in the last encounter. Mumbai City will begin their campaign against Al Shabab on 8th April. 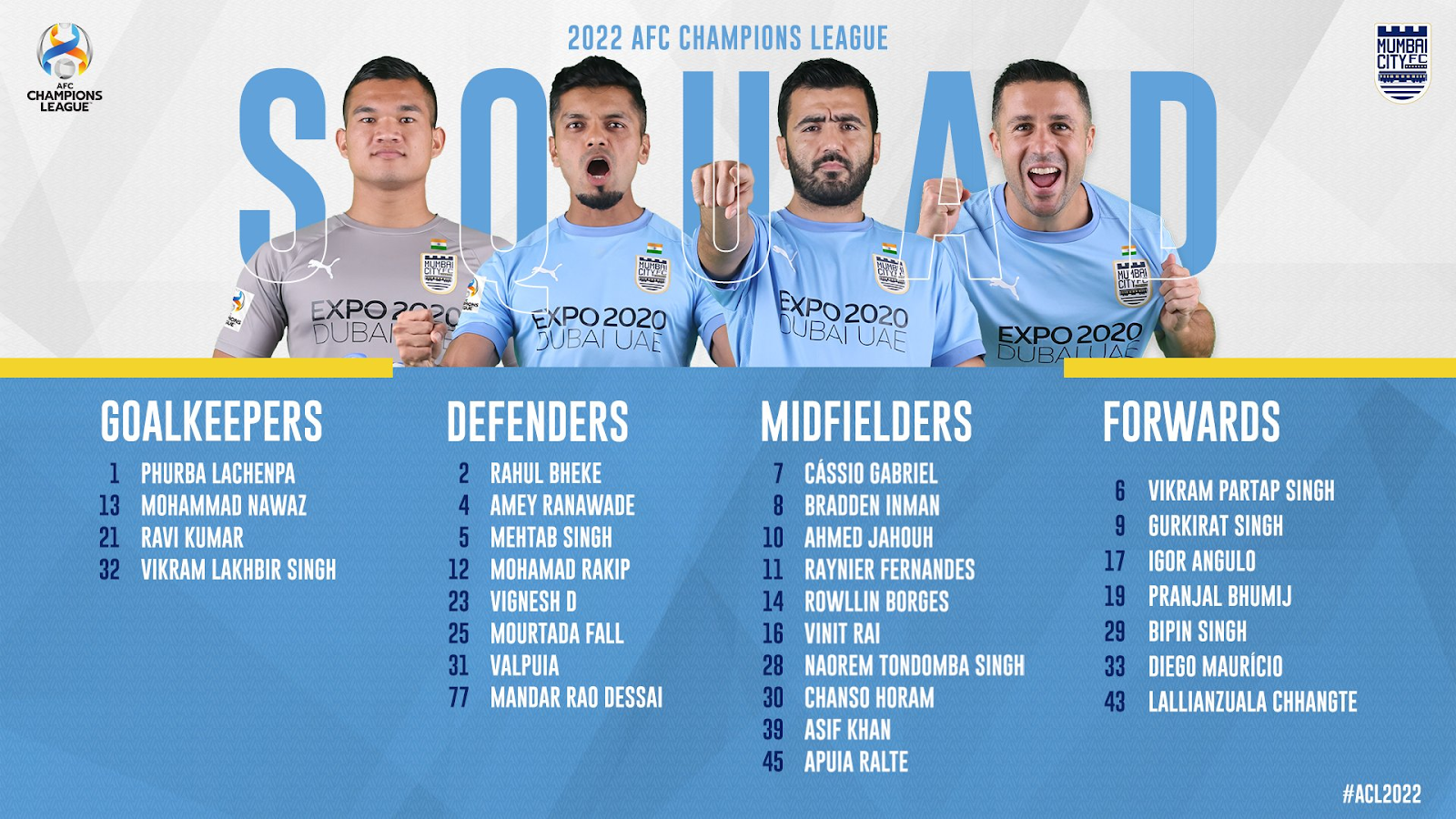 Mumbai City has named six foreigners in their team

Check out Mumbai City’s squad and fixtures for the 2022 AFC Champions League: