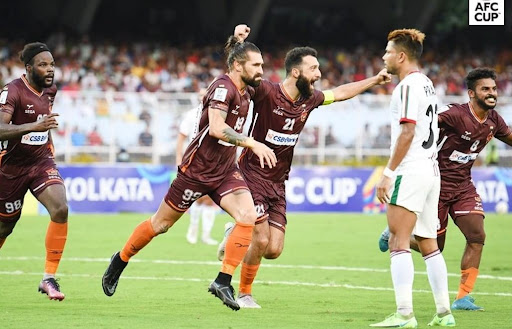 The winning triumph of Gokulam Kerala FC in the 2022 AFC Cup began at the Mecca of Indian Football, Salt Lake Stadium. The Malabarians will be out with an aim to sustain the winning run against the Maziya side from the exotic land of Maldives in the night fixture of Group D’s second matchday on Saturday.

After registering an emphatic victory over the Indian counterparts in their debut continental game, Gokulam is charged up to continue it furthermore. The double reigning champions of I-League 2020-21 and 2021-22 editions have been defying all the odds in their maiden AFC Cup campaign. The Maldivian club hosted the whole Group D fixtures in the previous season although still ended up at the bottom of the table.

On the occasion of the historic win, Gokulam Kerala gaffer Vincenzo Alberto Annese raised his voice on AIFF prioritising the ISL players over the I-League talents for the National Team. The Italian head coach said, “AIFF must understand that there is no difference between I-League and ISL. Now we are playing a high level of football and they played with eight national team players and we still beat them 4-2. So the players in the I-League should also have a chance to represent the Indian team.”

It was a six-goal thriller when Gokulam Kerala played their opening AFC Cup fixture and that too against an elite side like ATK Mohun Bagan. After a hectic first-half action, three quick goals from Luka Majcen (50′ & 65′) and Rishad (57′) brought them to the 3-1 lead inside the 20 minutes of the second half. When ATK Mohun Bagan came close to their lead, super-sub Jithin scored a winner in the 89th minute to seal the game on a 4-2 scoreline. 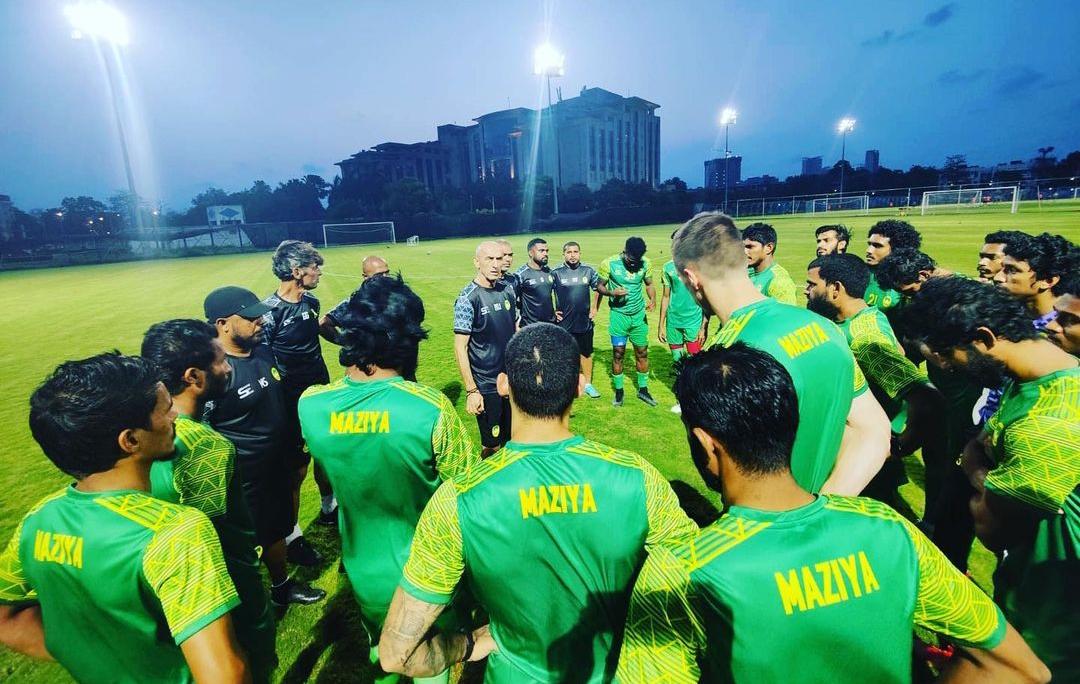 The Green Boys are desperate in search of a win

Maziya hasn’t won a single game in their last three AFC Cup appearances and lost all three matches of the previous edition despite hosting the whole Group D fixtures at their home. Bashundhara Kings edged past Dhivehi Premier League’s most successful club by 1-0 after the 33rd-minute solitary goal from the Bashundhara striker Nuha Marong. The Green Boys kept 58% of possession and also had a higher number of shots and passes than their counterparts but failed to get any breakthrough.

The triumph gave a platform to the many domestic rising stars of Gokulam to showcase their talent at the prestigious stage of the AFC Cup. The youngsters like Abdul Hakku and Emil Benny must have garnered wide interest as the encounter was spectated by many high-profile ISL club officials and National Team head coach Igor Stimac as well. Especially the goalkeeper Rakshit Dagar who stood like a wall for Malabarians and defended their castle from the Royal Bengal invaders. 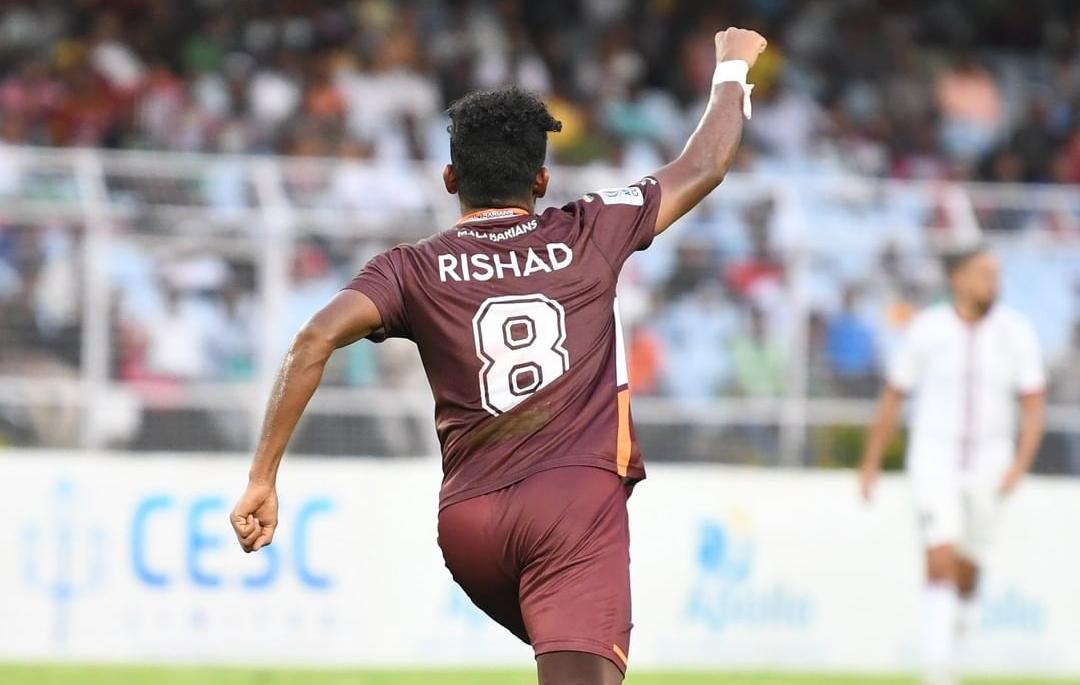 Such an unexpected start always leads to magical moments

It was a surprising moment when the Italian gaffer decided to start Thahir Zaman over the vice-captain Jithin MS on the flanks. Although the 24-year-old attacking midfielder came from the substitute bench and scored the reliving goal for his beloved club. The memorable cameo will strengthen his contention for the place in the starting eleven ahead of the forthcoming challenges.

The front three of Cornelius Stewart, Naiz Hassan, and Hamza Mohamed blanked in their first fixture against the Bangladesh Premier League Champions and would be looking for more service from the creative duo of Tana and Hussain Nihaan from midfield.

Experienced striker Asadullah Abdulla would also be looking for a few minutes in the upcoming fixture after spending the entirety of the last match on the substitutes’ bench.

Whether it’s the current form or squad strength or other major aspects, Gokulam Kerala outscores the Maziya side in all. Although the underdogs also have many stars in their lineup who can change the game on their own in minimal moments, Gokulam will be stepping back to the Salt Lake Stadium as favorites and must be aiming to maintain their position at the top for further matchdays.