Manchester United broke up in peace with Arsenal, taking home one point 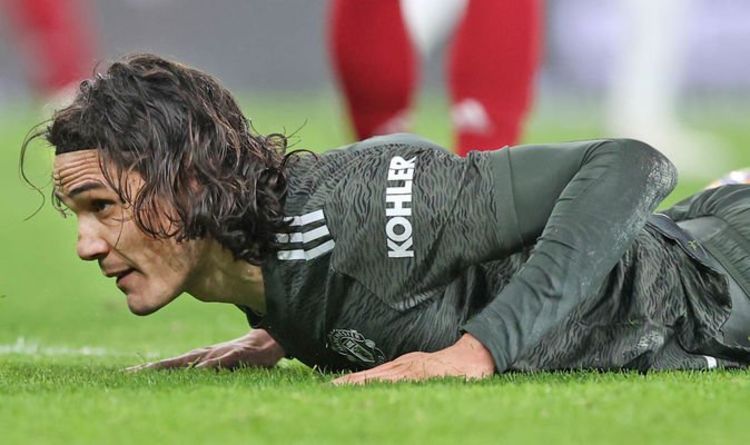 Edinson Cavani, the newcomer from PSG, laying on the grass after he failed to score 100% moment

Arsenal hosted Manchester United at the Emirates Stadium on Saturday night and the teams were unable to decide the winner in 90 minutes, the match ended with a score of 0-0.

In the first half, lads from Manchester were much more dangerous than their opponents, but it was not enough to score. Arsenal, on the other hand, showed a way better play in the second half, giving a great energized performance for the initial 25 minutes of it, the team was able to create many dangerous chances, but could not score.

Be sure to watch the match highlights:

“I’m scratching my head with United. The worry for me watching them today, they almost lacked the belief they could go and win the game. This Arsenal team are eighth in the league and they were missing three of their best players”

“Overall their performance lacked that intensity. There was a real lack of quality today from Man Utd and a real lack of conviction and desire to go and take the game to Arsenal. And Arsenal certainly deserved their draw, at least.”

“People are saying ‘can you win the league, can you compete with Man City?‘. And it looks as if the players have got almost frightened of the challenge like ‘I don’t think we’re ready for that yet‘”

The Brazilian was given the Man of the Match, he spoke after the game:

“I’m frustrated because we love to win. We tried our best, that’s it. The boss is doing a great job, the young boys are fantastic and I think we are starting to create a real team with a real atmosphere.”

“But if you don’t work hard every single day things can change. We have turned around a very difficult moment in our season. You have to be humble because we are far from the first positions. We have to think game by game and at the end of the season we will see how far we can go. The ambition is to be fighting for the first positions – that ambition has to be there. This is what we have to put in our minds every single day.”