Will the Highlanders be able to turn it into a triumphant run?

The NorthEast United side has arrived at the City of Nizams after three years to summon the home team in the battlefield of the Indian Super League. The defending champions Hyderabad will be locking horns with the bottom-placed NorthEast United side with an ultimate aim to register a double triumph. This intense contest of Matchday 12 will be played at GMC Balayogi Athletic Stadium of Hyderabad on Thursday.

The Nizams found themselves on the top of the ISL 2022-23 standings when they finished their 11th fixture of the season. However, the current table-toppers Mumbai City snatched the crown from the Yellow and Blacks to reclaim their pole position.

The defending Indian top-flight league champions led by Spaniard Manolo Marquez have completed their hat-trick of wins and must be aiming to extend the triumphant run furthermore.

The Highlanders who finished 10th in the previous ISL edition are currently seated in the bottom-most position of the points table with a solitary triumph. The Men from the land of NorthEast finally managed to break their losing streak of 10 games to register the season’s first win of the season.

The Italian head coach Vincenzo Alberto Annese has instilled his positive mindset into the roster and got a maiden breakthrough in the third game after displaying a great fight in the earlier two fixtures. 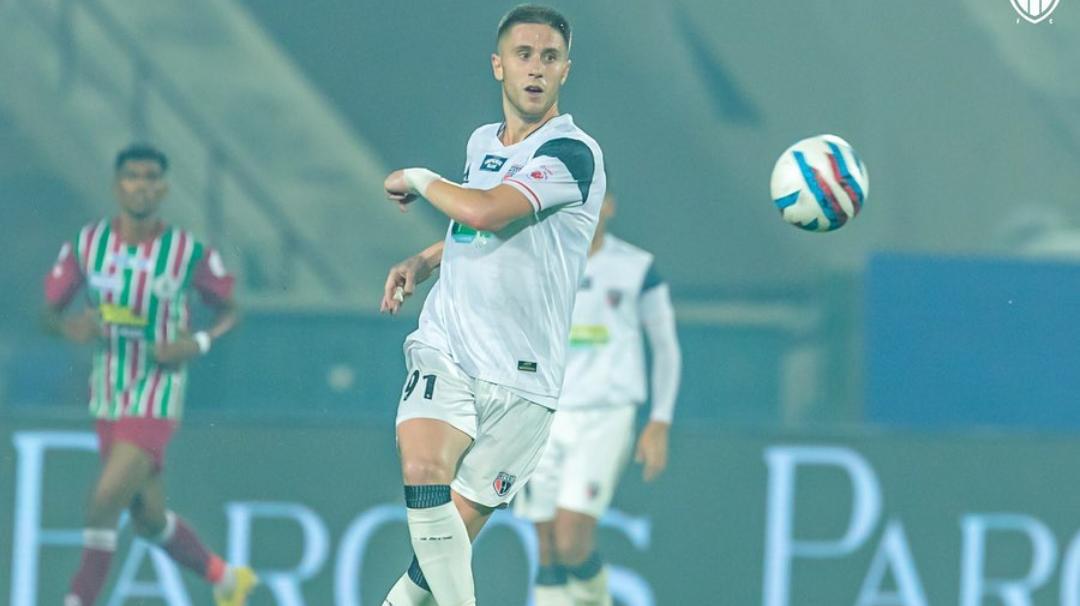 Snapshot from NorthEast United’s heroics against the Kolkata giants

NorthEast hosted the eastern giants ATK Mohun Bagan in their previous ISL fixture and emerged victorious by 1-0 in a nail-biting contest at Indira Gandhi Athletic Stadium of Guwahati. With assistance from the Indian youngster Emil Benny, the Colombian striker Wilmar Jordan scored the season’s first match-winning goal for the Highlanders. Mirshad Michu stayed unbeaten in goal despite facing eight shots on target to register his first clean sheet of the season.

On the other hand, Hyderabad travelled to the neighboring state to face Bengaluru at Sree Kanteerava Stadium and returned to their homeland having all three match points in the bank. The battle between two Southern Giants consummated on the final scoreline of 3-0 in the favour of defending ISL champions. The Nizams were leading by 2-0 with the opening goal of Bartholomew Ogbeche and an own goal from Sandesh Jhingan while Joel Chianese’s strike in the final minute of the game sealed the triumph for the Yellow and Blacks.

The two ISL combatants have faced each other seven times in the country’s top-flight football league since the inception of the Telangana-based outfit in 2019. And the head-to-head count of those seven encounters currently stands in the favor of the Nizams with five wins over the northeastern rivals. Meanwhile, the Highlanders have managed to emerge victorious only on a single occasion against the Deccan Legion. 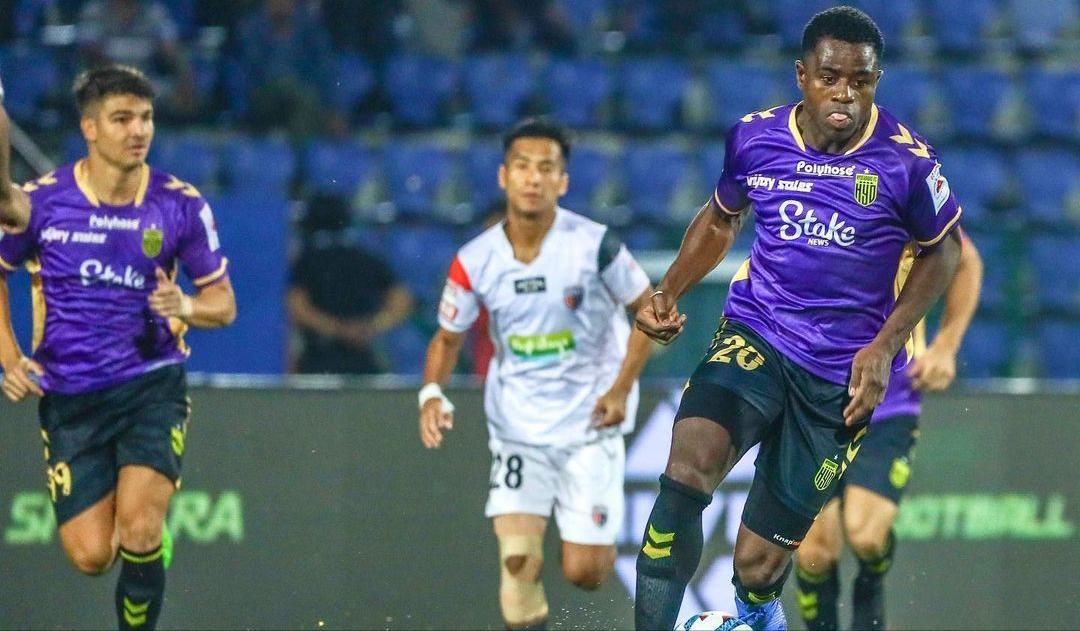 Big Bart will be up against his former club

The most recent chapter of this rivalry was staged on the second matchday of the season where Hyderabad registered a comfortable 3-0 triumph. Skipper Bartholomew Ogbeche (13′), Halicharan Narzary (69′) and Borja Herrera (73′) registered their names on the scoresheet in the defending champions’ first win of the season.

The first-ever face-off between these two sides also took place at the same stadium which will be hosting the second encounter after three years of gap. A late penalty conversion by the Argentine forward Maximiliano Barreiro in the 86th minute of the play stunned the debutant Hyderabad side at their home ground.

However, the Nizams who suffered defeat in the very first encounter of this rivalry has maintained an undefeated streak since then after winning five out of the following six face-offs.

The Australian attacking midfielder Joel Chianese scored the third goal of the recent win and is likely to make it to the starting XI, especially after an impactful cameo performance. There’s still no update on the injury of the stalwart defender Chinglensana Singh as Nim Dorjee Tamang is expected to start another game. Another speculated change we can expect from the Hyderabad gaffer Manolo Marquez is Rohit Danu making way for the rising star Abdul Rabeeh.

The Italian head coach of NorthEast United does not believe in making too many changes in his team combination. He made only two substitutes throughout the 90 minutes of play in the recent triumph over ATK Mohun Bagan. Hence it is highly speculated that Annese will be fielding an unchanged starting XI for this forthcoming away fixture.

Whether it’s the current form or on-paper strength or head-to-head record, this Hyderabad roster outclasses their opponents in each and every aspect of the prediction. Meanwhile, the Nizams will also have a psychological advantage of emerging victorious in the most recent face-off between them.

However, the defending champions won’t be repeating the mistake of ATKMB by taking the challenge of the Highlanders lightly as we all have witnessed that it can eventually cost them heavily.