Hyderabad vs Goa: Preview and Prediction 

The Gachibowli Stadium will witness another enticing fixture as Hyderabad host Goa in what will be a top-of-the-table clash. Both sides are among two of the three sides yet to be beaten this season, besides Mumbai City.

While Hyderabad leads the standings with seven points after three games, the Gaurs have accumulated six and have a game in hand. This is Goa’s third straight ‘away game’ on the road, and they will face a stern test from the defending Indian Super League champions, who have been on song.

The match will also pose a challenge for Goa’s defense, who have shipped only one goal from two games so far. Meanwhile, Hyderabad has scored the most number of goals this season, netting seven times in three games.

Defending champions Hyderabad played Mumbai City in their tournament opener and both sides took a point each as both sides kicked their ISL campaign off with an enthralling 3-3 draw.

In their next game against NorthEast United, the Nizams secured their first win of the season after a dominant 3-0 victory over the Highlanders in the ISL. Hyderabad dominated the game as Bartholomew Ogbeche, Halicharan Narzary, and Borja Herrera got their names on the scoresheet.

Hyderabad remained unbeaten in the ISL after a narrow 1-0 victory over Bengaluru in their most recent match in the league which was also their first game in Hyderabad. Bartholomew Ogbeche (‘83) got the only goal of the game to keep Hyderabad at the top of the league table. 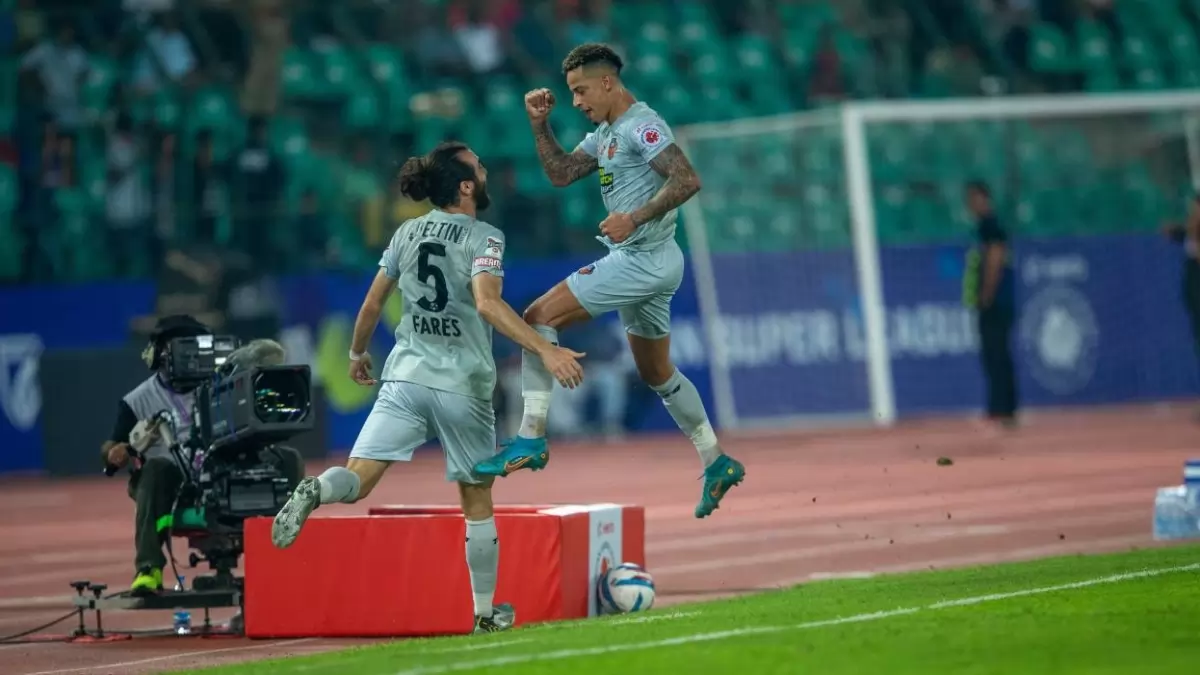 Meanwhile, Goa began their ISL season with a last-gasp win over East Bengal. Brandon Fernandes put the visiting side ahead in the seventh minute and Cleiton Silva equalised for East Bengal around the hour mark before Edu Bedia’s long-range free-kick made it 2-1 in the 94th minute.

Goa then scored once in each half to beat Chennaiyin 2-0 to secure their second successive win in the ISL. With two wins in two, Goa goes to the top of the table and is the only team with a 100% win record this season. Redeem Tlang scored in the 11th minute and Noah Sadaoui wrapped up the points in the 92nd minute.

Hyderabad and Goa have played each other in six Indian Super League games with the former winning one such encounter and the latter three. Two of these games have ended in a draw. Last season, Goa and Hyderabad drew the first fixture 1-1 while in this exact fixture, the Nizams registered their maiden win against the Gaurs by beating them 3-2 in a closely fought game.

Bartholomew Ogbeche scored a brace in that game while Joao Victor scored another for the Nizams. For Gaurs, Jorge Oritz and Devendra Murgaonkar were on the scoresheet. 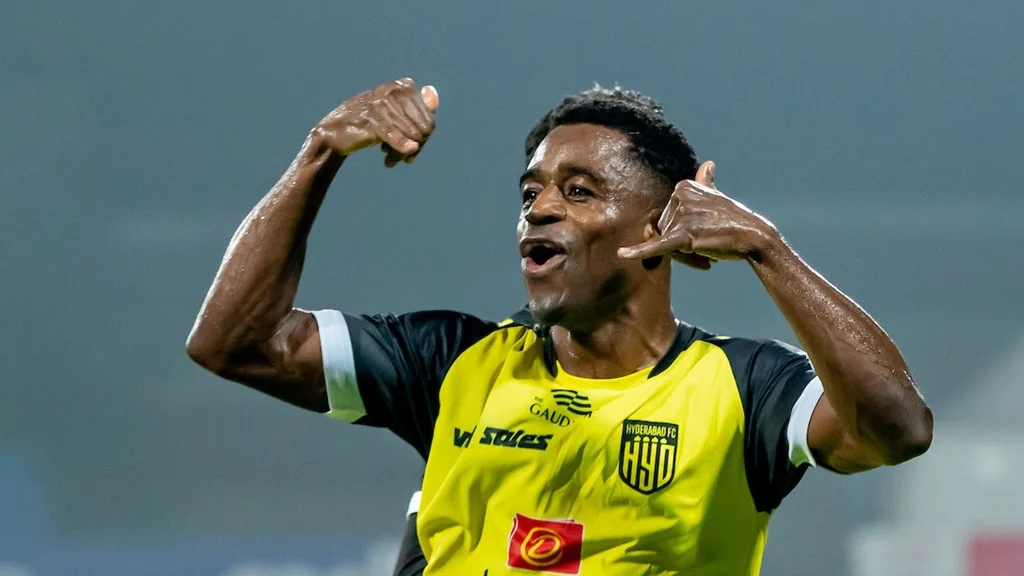 Manolo Marquez is expected to continue with the 4-2-2 formation for the Nizams with Laxmikant Kattimani starting in goal. Odei Onaindia and Chinglensana Singh will line up ahead of Kattimani at the heart of Hyderabad’s defense with Nikhil Poojary and Akash Mishra in the flanks.

Joao Victor and Hitesh Sharma will be the midfield duo who will be responsible to dictate the proceeding for the Nizams in the middle whilst Mohammad Yasir and Halicharan Narzary will line up in the wings. Bartholomew Ogbeche and Javi Siverio will be the two target men for the defending champions.

Having maintained a 100% winning record in the season so far, Guars coach Carlos Pena is expected to field the same line-up that defeated East Bengal and Chennaiyin. The reliable Dheeraj Singh will be the keeper for Goa while Marc Valiente and Anwar Ali will be the core of Hyderabad’s defense. The duo will be joined by Aibanbha Dohling and Seriton Fernandes in the flanks.

Edu Bedia and Glan Martins will be the defensive duo trying to win midfield battles, whilst Redeem Tlang and Noah Sadaoui will be deployed in the wings. Brandon Fernandes will line up just behind the striker and will be handed the responsibility to create balls for Iker Guarrotxena who will lead the attack for the Gaurs.

Hyderabad comes into this on the back of a slender 1-0 win at home to Bengaluru in their most recent outing, last weekend. The home team have begun the 2022-23 Indian Super League season with two victories and a draw as they challenge towards the top end of the table, once again, under the management of Manolo Martinez.

They now face a Goa side that begins the weekend sitting a place below them in second. Goa has started with back-to-back away wins against East Bengal and Chennaiyin. These are two seemingly strong sides and a draw would seem the likeliest outcome for this one.