Hyderabad kept their unbeaten record against East Bengal intact after a 2-0 win in the Indian Super League at the G.M.C. Balayogi Athletic Stadium in Hyderabad on Friday. Mohammad Yasir scored the opening goal of the match in the 38th minute before substitute Javi Siverio piled the pressure in the 85th minute.

Hyderabad fielded the same XI that won last week against Chennaiyin. East Bengal was forced into making one change that saw Sarthak Golui miss the game due to a foot injury, as Ankit Mukherjee came in to replace him.

Thongkhosiem Haokip almost gave East Bengal the perfect start. Inside the first minute, Naorem Singh whipped a ball in from the left into Haokip, who had made a brilliant, unmarked run into the box. The striker tried his best to bring it down, but the delivery was a tad too heavy, and it came off the tip of Haokip’s boot and went out of play.

Both teams were respectful and cautious of each other in the opening exchanges. It was a tightly contested affair, with the two sides eyeing control in the middle of the park.

After the half-hour mark, none of the teams managed to create any clear-cut opportunities. Hyderabad somewhat had a chance in the 21st minute when Nikhil Poojary drilled in a cross from the right for Bartholomew Ogbeche. But the Nigerian forward was pressured into a misplaced header by Ankit Mukherjee. 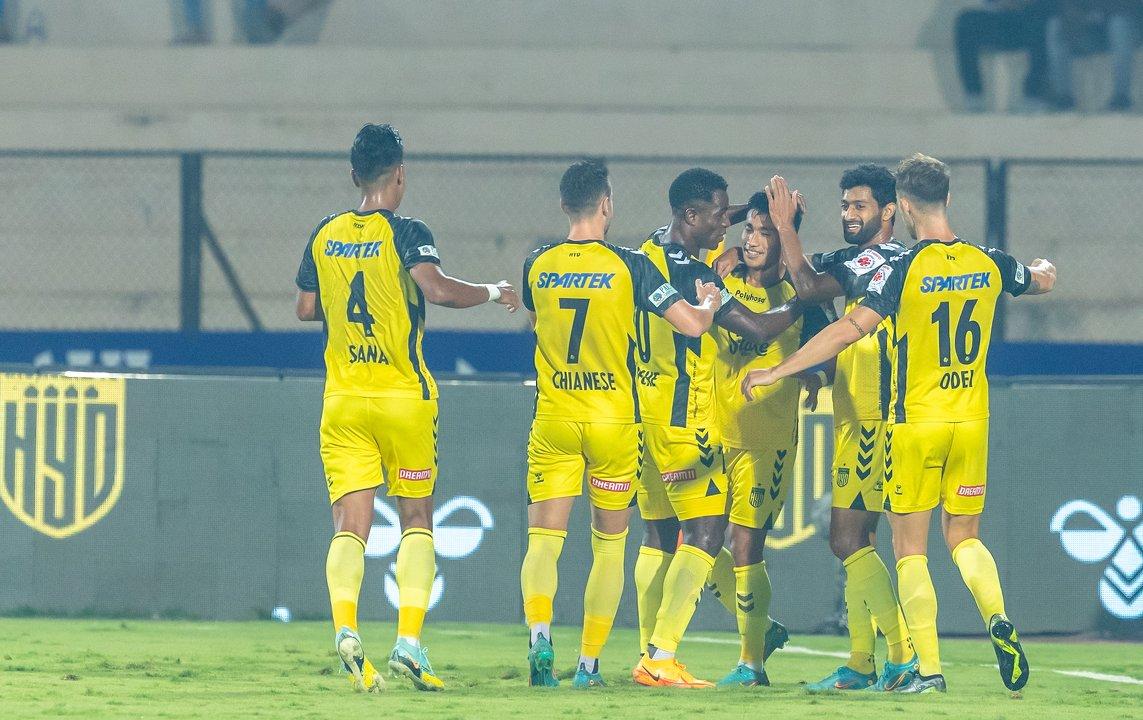 Finally, in the 38th minute, the first goal-mouth action of the half rewarded us with a stunning goal. Yasir broke the deadlock with an absolute belter of strikes from the edge of the box. An Akash Mishra throw-in from the left was nodded into the path of Yasir by Hitesh Sharma. The 24-year-old winger set himself up brilliantly and smashed home a vicious volley from the edge of the box to beat goalkeeper Kamaljit Singh.

All the hard work from the Red and Gold Brigade had gone into the bin as they were back chasing a goal. But late in the half, the Kolkata giants had an opportunity to restore parity. A long ball unlocked Hyderabad’s defense and Cleiton Silva was through on goal. However, the Brazilian forward was stopped in his tracks by an on-rushing Gurmeet Singh. The home side went into the break on the back of a narrow lead.

Coming out after the break, the task was cut out for East Bengal. Score a goal and get back into the game. Quite like in the first half, both sides started cautiously again in the opening exchanges. Although it would have been an appropriate approach for Hyderabad, the visitors needed some intensity.

Ten minutes into the second half, Hyderabad had a chance to double their lead when Mishra was left unmarked in the box during a corner. The full-back’s glancing header flashed across the goal and went out for a goal kick. 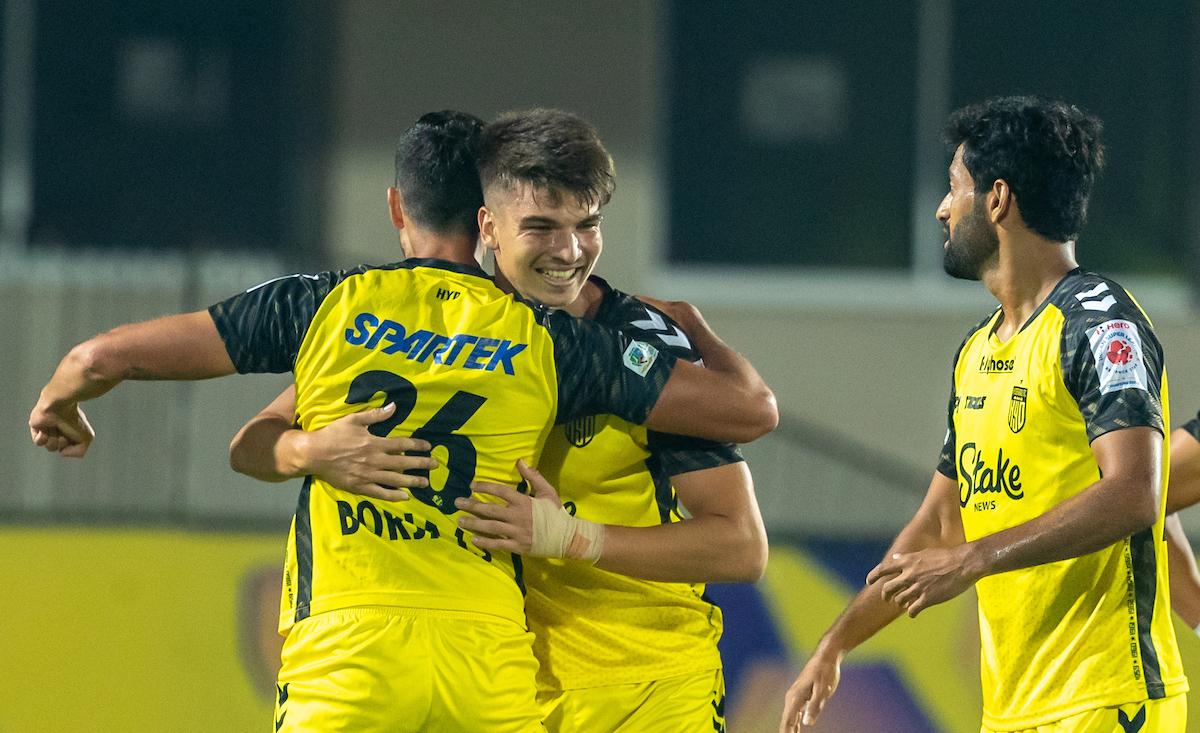 On the hour mark, Manolo Marquez had a tough call as he brought off a misfiring Ogbeche to accommodate Siverio. The next 30 minutes were all about the Spaniard trying to utilize the innumerable opportunities that fell his way.

The match was completely changed in the favour of the hosts after the introduction of Borja Herrera. The former Las Palmas man almost immediately had an opportunity when Halicharan Narzary set him up two minutes after coming on. But the Spanish midfielder lashed it high and wide.

East Bengal, on the other hand, had a few chances of its own. In the 69th minute, Naorem Mahesh Singh delivered another of his signature crosses into the box but Semboi Haokip, unmarked, failed to keep it on target.

Siverio had a couple of opportunities, especially one from point-blank range to double Hyderabad’s lead in the following minutes, but he ended up squandering them. Just when it seemed like the Red and Gold Brigade might make the champions pay for the missed chances, Siverio tucked home the safety goal in the 85th minute.

The win lifts Hyderabad back up into first place, one point clear of Mumbai City, who do not have a game this game week. The defending champions will get a break during the next game week before visiting Bengaluru on December 23. East Bengal remains in eighth place, one point behind Chennaiyin. The Torch Bearers will travel back home to host Mumbai City on Friday.