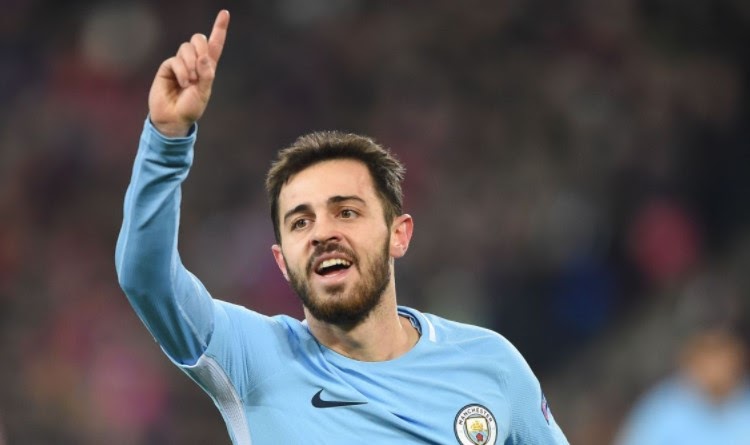 The author of the first goal Bernardo Silva

Borussia M. is playing against Manchester City at Puskas Arena in the first leg of their Champions League last-16 knockout tie. After 45 minutes, the team from Manchester is leading with a one-goal margin.

Manchester City took a deserved lead after Joao Cancelo cut in onto his right foot and swung a perfect cross. Bernardo Silva met it well and sent a bouncing header back across the goal and in. The goal is quite similar to one from the clash against Arsenal.

Pep Guardiola’s team is in excellent form. Man City have won 18 consecutive games in all competitions. The streak extended on 21 February when City beat Arsenal. The last time City lost was on 21 November last year.