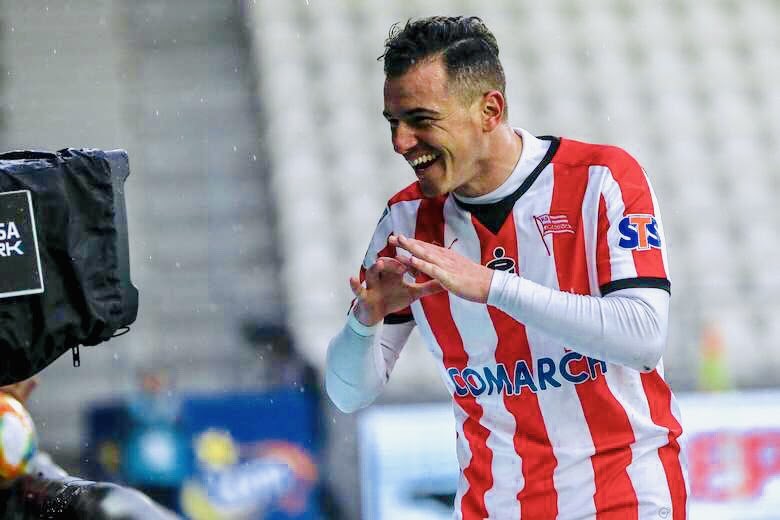 Goa has signed Spanish striker Airam Cabrera on a one-year contract until the end of the 2021-22 Indian Super League season.

After signing for the Gaurs, Cabrera said

“I want to thank FC Goa for the trust and faith they have put in me. I believe this will be another wonderful chapter in my life. I am really looking forward to playing in India and experience the amazing state of Goa. I’m delighted to be here.”

Talking about the ISL and his experience in Europe, he continued,

“I want to help the team with goals and all the experience I acquired in Europe – to help in growing the team. I feel good, I feel motivated. I have done my homework and I feel I fit really well with the philosophy that the club has about football and believe that I have all the tools necessary to succeed here in India.”

After starting his career with the reserves team of Tenerife in the Tercera Division, Airam made a name for himself winning the Pachichi trophy (awarded for scoring the most number of goals) for two consecutive seasons.

Villareal signed the young striker in 2010 and assigned him to their ‘B’ team but Cabrera could never feature as a regular name on the team sheet there and terminated his contract with the club.

After brief spells at Cordoba, Numancia, and Lugo, Cabrera signed for Cadiz where he scored 35 goals in 65 appearances.

Since then, the striker has featured in the Polish and Cypriot league before signing for Goa in the Indian top-flight to replace Igor Angulo who joined defending champions Mumbai City a couple of weeks ago.

FC Goa Vice President Ravi Puskur praised the work rate and the link-up play of their latest signing after Cabrera put pen to paper with the Gaurs.

“We’re pleased to bring Airam on board. He’s a player we have monitored closely over the years and we have always found him to be an ideal fit for our style of football. His ability to operate between the lines, excellent link-up play and movement along with a good work rate off the ball are all right up there with what we were hoping to bring in this window.”

The club vice-president explained the efforts that went into signing the player and hopes that it becomes a hit with the fans of the club.

“We waited for the right profile through the course of the summer and we’re satisfied that we’ve found the profile who can spearhead our attacking efforts next season. We have high hopes for him and I’m confident he will endear himself to the fans with his performances.”

Goa is most likely to retain the services of their overseas players Ivan Gonzalez, Alberto Noguera, Jorge Ortiz, and skipper Edu Bedia leaving them the task of signing a player that fulfills the AFC criteria of having an Asian player in the squad.