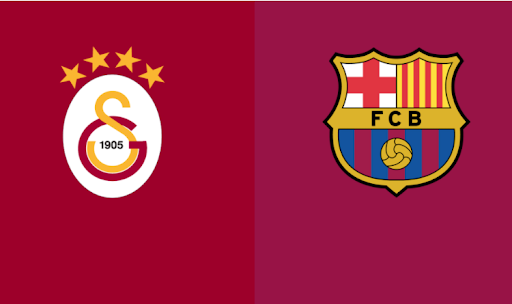 Galatasaray will host Barcelona at the NEF Stadyumu in the UEFA Europa League round of 16, second leg. The match will take place on March 17, beginning at 23:15 IST.

The Champions League is traditionally followed by a less prestigious but no less spectacular tournament, the Europa League. On 17 March, there will be seven meetings in the 1/8 finals. One of those encounters will be between Turkish Galatasaray and Spanish Barcelona.

The Catalans surprised everybody by drawing 0-0 on home soil a week ago. A nil draw for Barcelona is in itself an abnormal occurrence, but a tie at the Camp Nou is something completely unexpected… Was it an anomaly, could Barça easily close things out and go further? Or will it be an uphill battle?

Let’s get the most important things before the game: Parimatch News have prepared a preview and prediction for you.

Galatasaray somehow miraculously survived the first leg against Barça. The encounter at Camp Nou ended in a 0-0 draw.

That result came as a huge shock. But it can easily be explained by the fact that Barcelona were not good enough on the day.

Curiously, the away game against Barcelona is the first time this year that Galatasaray have not conceded a goal. As a rule, the Turkish club’s defensive performance is very poor.

By the way, it is worth noting not only the zero at the Camp Nou, but also the fact that after it, Torrent’s side beat Besiktas in the Süper Lig last weekend (2-1). Such results will undoubtedly boost the team’s morale. In addition, the Istanbul side have been winning at the last minutes, which also indicates their willingness to fight to the last second.

The result of the first leg was a complete disappointment for Barça. Instead of a convincing win, it was only a nil draw. The Catalans had the initiative and the territorial advantage, but failed to break through Inaki Peña. Interestingly, Galatasaray loaned the Spanish goalkeeper from Barcelona during the winter.

The Catalans’ head coach Xavi even said that it was one of the team’s worst matches under his guidance. First and foremost, in terms of attitude and motivation. The Barcelona players never once doubted that they would beat Galatasaray, and that apparently infuriated Xavi – they approached the match as if it had already been won.

The coach’s words had an immediate effect. Last Sunday, Barcelona demolished Osasuna 4-0. The visitors got their first three goals midway through the first half.

The Blue Grenadiers have an important match ahead of them, the El Classico against Real Madrid on the weekend. The team must save powers, but at the same time go through in the Europa League. Given the differences in class, it’s a feasible task.

What have been said before the match:

“Playing against Barcelona is very different and that the result we achieved in Camp Nou should be evaluated fairly. We are definitely trying to jump to the next round. Our understanding of the game will also be focused on this. People who don’t know Barcelona well enough in Turkey should take another look. After the match they played with us, they managed to score four goals. Therefore, we need to evaluate our team’s fight against Barcelona fairly. Barcelona is one of the top five teams in the world right now.”

“We didn’t have a plan to play our guards too far in Beşiktaş. The fullbacks were playing inside against the counter. We will play against a team that we can individually say is superior. We need to be careful about playing collectively and together. In this way, we can achieve success. This applies to all teams in the world. They have to play further back on the field against them. When we play against them, we have to be prepared to go through some tough moments.”

he revealed the game plan.

Pierre-Emerick Aubameyang is confident that the team can make it through after the goalless draw in the first leg at Camp Nou:

“We are ready for this game. We know what is awaiting us and we really want to win, it’s important for the team. It’s always special playing at their ground with the atmosphere it generates. I hope it is a great game. We have to think about our style, the pace and the intensity we want to impose on the game will be key to winning and making it to the last eight.”

Statistical preview of the match Galatasaray vs Barcelona:

We believe that Xavi has had time to correct all the mistakes and prepare for Galatasaray in more detail – the players will have a detailed plan on how to achieve victory.

For the Catalans, it’s a matter of competitiveness to qualify for the next round, certainly in a tournament like this, the Blaugrana can’t afford to falter. The result of the first game will mean nothing today, they just need to play a quality 90 minutes – Barcelona, given their recent matches, will have no problem with that, even considering the difficult atmosphere of playing at Galatasaray home ground.

We say: Barcelone to qualify to the next round – Yes.