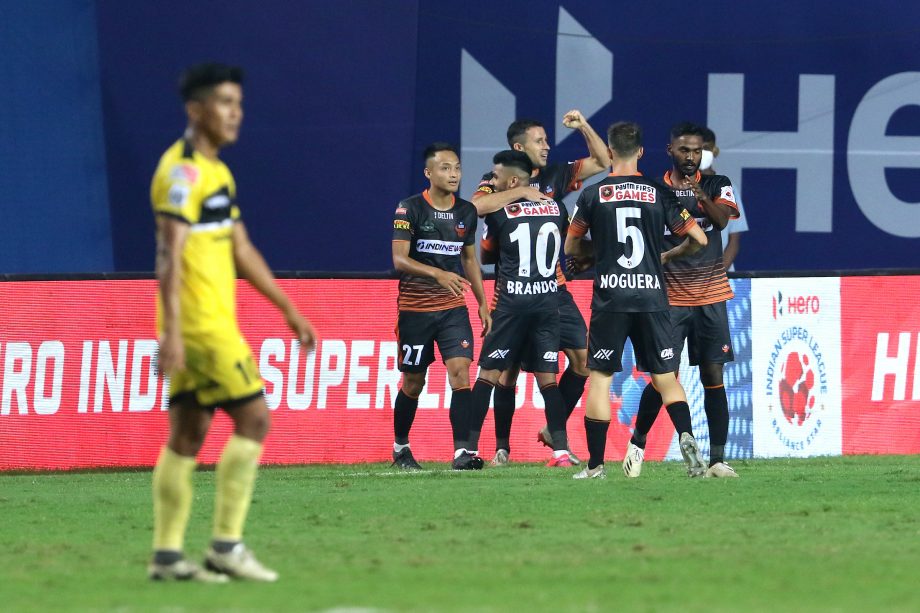 Goa and Hyderabad played out a 0-0 draw at the Tilak Maidan Stadium on Sunday helping the Gaurs extend their unbeaten run to 13 matches. The unbeaten run that started back in December helped the Gaurs make it to the ISL semi-finals a record sixth time in the history of the league.

Hyderabad head coach Manolo Marquez rung five changes to his side that played out a hard-fought 2-2 draw against table-toppers ATK Mohun Bagan FC. Liston Colaco and the suspended duo of skipper Aridane and Chinglensana Singh made way for Fran Sandaza, Souvik Chakrabarti, and Mohammed Yasir in the starting XI for the last league match of the season.

Goa manager Juan Ferrando made an enforced change to the team that beat Bengaluru FC 2-1 last Sunday. The injured Seriton Fernandes was replaced by Adil Khan in the starting XI with Ivan Gonzalez filling in on the right side of the defense.

The first half was a cagey affair for both sides as both the teams could only muster one shot on target in total.

The second half saw much more action as Redeem Tlang, Joao Victor, Jorge Ortiz, and Liston Colaco tried to take shots on goal but the ball ended up wide off goal.

A moment of madness for Lluis Sastre got him sent off when the manager substituted him, he ended up throwing a bottle at Alberto Noguera. The Spanish midfielder was sent off as well as his hand in the altercation got him a second yellow card on the night.

Second-half substitute Roland Alberg produced a thunderous effort on goal but a fine save from Dheeraj Singh Moirangthem helped FC Goa keep a clean sheet on the day helping Juan Ferrando’s side make it to the semi-finals stage.

Consistent Gaurs at it yet again 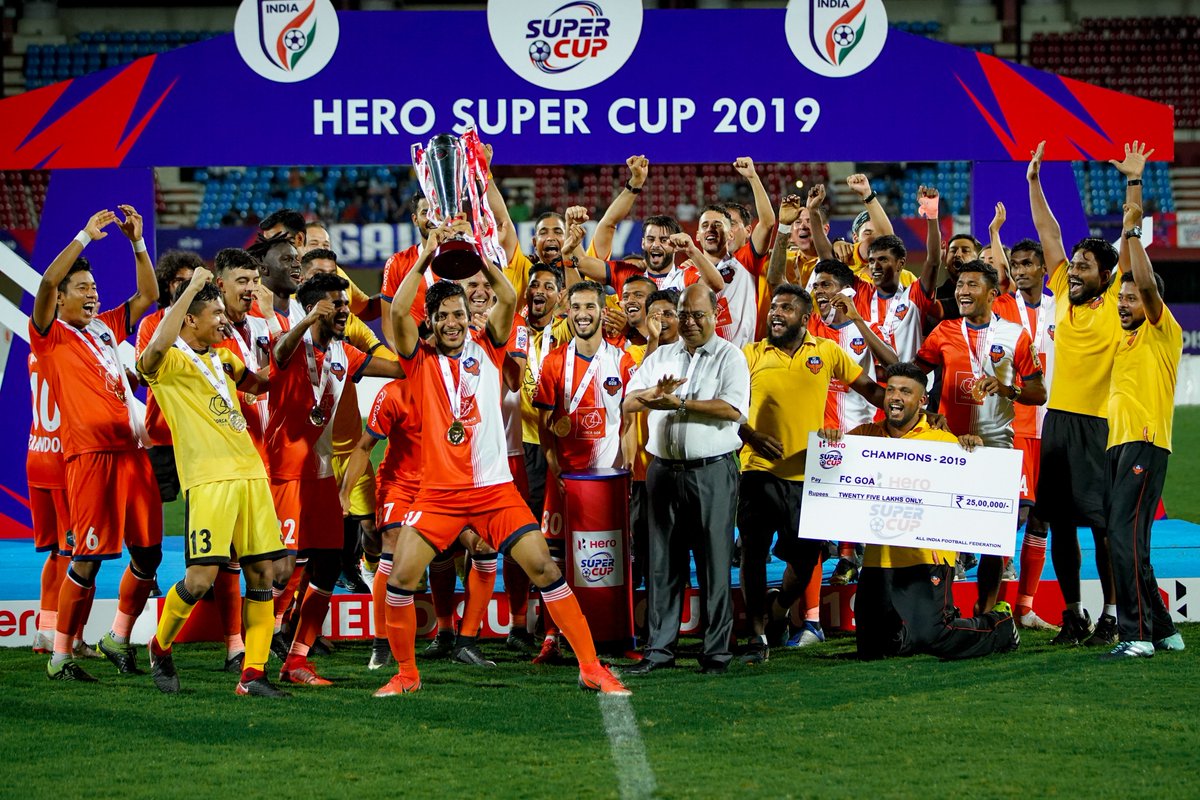 FC Goa has qualified for the playoff stages of the ISL for the sixth time in seven seasons, the most by any team in the league.

In the first season of the Indian Super League, Goa finished second in the league table behind Chennaiyin FC and lost to Atletico de Kolkata on penalties in the semi-final. The Gaurs followed it up with a top of the table finish in 2015 but lost 3-2 to Chennaiyin in the finale missing out on lifting the trophy.

The Gaurs missed out on making it to the semi-finals in the 2016 season as they finished last in the league table as they could accumulate only 14 points in 14 matches.

In the 2017-18 season, the Goa squad bounced back finishing second in the table behind Bengaluru FC, and ended up losing the semi-final against Chennaiyin that season. In the 2018-19 season, Goa ended second in the ISL table once again, albeit only on the head-to-head record with Bengaluru. The Gaurs ended up losing the final to the Blues courtesy of an extra-time goal by Rahul Bheke.