Match 43 of the 2022-23 Indian Super League season will see Chennaiyin lock horns with Hyderabad at the Jawaharlal Nehru Stadium on Saturday.

Chennaiyin has blown hot and cold and have put up mixed performances this season and is in the seventh position in the table with ten points.

Their opponents, Hyderabad started really well but now have faced defeat in their previous two encounters. The Nizams are currently in the second position and would be looking to get back to the winning ways if Manolo Marquez is serious about mounting a serious challenge for the ISL League Winners Shield.

Chennaiyin head into this fixture after being edged 3-2 in a closely fought encounter against Odisha. Vafa Hakhamaneshi conceded an own goal to put Odisha upfront before Diego Mauricio converted from the spot kick.

Substitute player El Khayati once again created an immediate impact scoring a goal before converting another in stoppage time following a late penalty. But just when it looked like the teams will play out a draw, Nandhakumar Sekar punished a relaxed Chennaiyin defense to help his side pick all three points.

Hyderabad meanwhile has been clinical through the season and had been impressive in all departments, however, star goalkeeper Laxmikant Kattimani picked up an injury and was ruled out of the tournament forcing 2nd choice goalkeeper Anuj Kumar to start.

Anuj Kumar, however, has been impressive conceding only one goal in two games, before Gurmeet Singh was the custodian in the previous fixture.

In the most recent encounter between the two sides, the game ended in a 1-1 draw. Sajid Dhot opened the scoring for Chennaiyin before Javier Siverio equalized for Hyderabad. 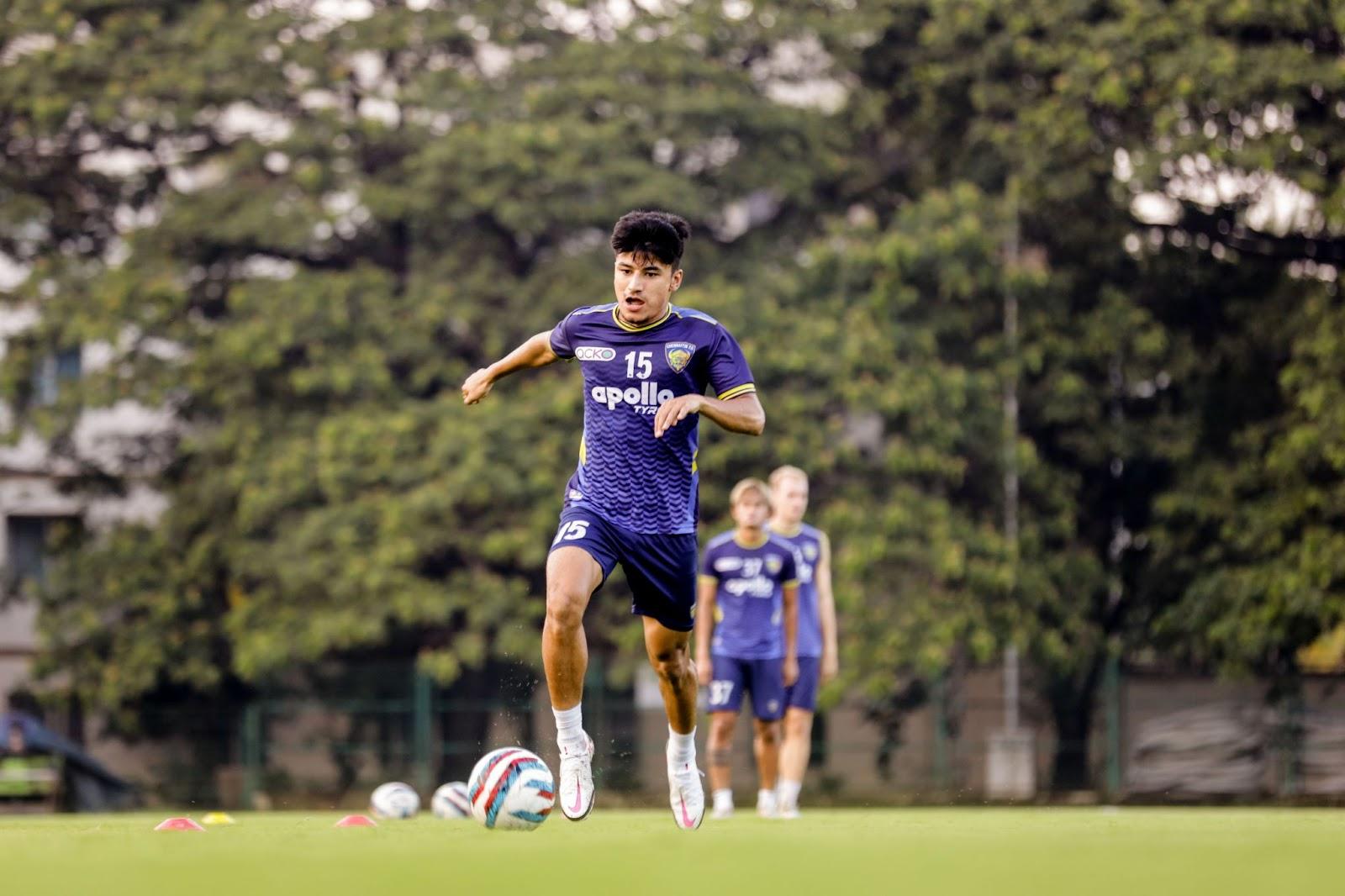 For Chennaiyin, skipper Anirudh Thapa has been missing from action in the previous two fixtures and there has been no clarity on his return. The side was also without left-back Narayan Das, midfielder Jiteshwor Singh and Ninthoinganba Meetei in the previous fixture.

For Hyderabad, other than Kattimani who is ruled out of the tournament, Rohit Danu is back from his injury and will be back in the matchday squad that has travelled to Chennai studded with star forwards like Bartholomew Ogbeche and Mohammad Yasir.

With the current run of form, both teams have a good chance in this game, Chennaiyin will be playing under home fans and will want a positive result already having lost two and drawn one of their four games. Hyderabad has been clinical in defense and if they manage to continue that, we are in for a tough battle and a low-scoring fixture.