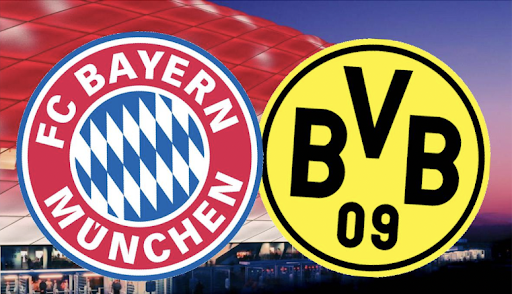 Bayern Munich will host Borussia Dortmund at the Allianz Arena in the 31th round of the Bundesliga. The match will take place on March 23, beginning at 22:00 IST.

The football season is drawing to a close. The 31st round of the German championship kicks off on 22 April and the programme continues with six fixtures on the following day. Bayern Munich and Borussia Dortmund will face each other in the latest encounter – the famous Der Klassiker, one of the most entertaining derbies in the world.

So what should we expect from this duel? Parimatchnews will tell you everything you need to know ahead of the upcoming match.

Bayern were recently defeated on aggregate by Villarreal in the Champions League 1/8 finals. In both encounters, the Germans had the upper hand and took plenty of shots, but it was the Spaniards who were more ponderous in attack. Especially in the first game. Unai Emery‘s team, in turn, once again played great defensively and took advantage of their chances with pinpoint accuracy.

Given the setback and further relegation from the European competition, Munich’s focus is on the championship, where they are in full order. They top the standings with a nine-point lead over Borussia Dortmund. The likelihood that they will manage to defend the title is very high. They are four rounds away from the end of the season, and the gap between them and their pursuers is solid.

After their defeat at the hands of Villarreal, Julian Nagelsmann’s charges easily toppled Arminia 3-0 in the last round of the German championship. The coach opted for an unusual formation: placing five players in the centre of midfield. The experiment was a success, but the team’s leading scorer, Robert Lewandowski, was not happy.

The Pole has a terrific record. In 42 official matches for the Bavarians in all competitions, he scored 47 goals and provided five assists. However, it was recently reported that the striker was unhappy with Nagelsmann’s method and tactics. Immediately afterwards, it was reported that Bayern were ready to sell the player in the summer.

Borussia Dortmund also failed to thrive in European competitions. First, they dropped out of the Champions League with three group stage defeats. Then, they tried their luck in the Europa League, but did not succeed either. They lost in the 1/16 finals on aggregate in two games to Rangers (4-6). The Scots, who were unbeaten in the Scottish Premiership under Steven Gerrard last season, overcame the German defence without much difficulty.

The unreliable defensive line is the reason why Dortmund sit second in the standings and are once again far behind leading Bayern. They conceded 43 goals in 30 games, on the other hand, they scored a decent 76 goals. Erling Haaland netted 18 of them. The forward also boasted seven assists.

The talented striker received offers from various top European clubs, but as yet the player has failed to reach an agreement with any of them. Most likely, the striker will join the English Manchester City, but that is still far away. For now, Marco Rosé can count on his charge.

In the last meeting with Bayern Munich, though, the striker’s efforts were not enough. The Munich side responded to Dortmund’s two goals with three. It is worth noting that such a result is not something new to German football fans. In the last seven meetings, the reigning champion has invariably proved stronger.

Statistical preview of the match Bayern Munich vs Borussia Dortmund:

“Bayern can become champions on Saturday and will perform accordingly. We want to prevent that. We played a good game last Saturday, we need that performance at an even higher level and consistently over 90 minutes.”

“They have a few players missing, but they’re very versatile and can play a number of systems during the game. They remain one of the best sides in the final third. If they look to increase the tempo of the game, it will be very fast.”

Both sides have produced stunning results over distance, but Dortmund concede more often. The goal difference between the teams is almost twofold (60 vs 33) – this is the answer why the home side will claim the title. Despite some disagreements between the head coach and main star Robert Lewandowski, Bayern are the favourites. The history of head-to-head encounters is overwhelmingly on their side, as are the statistics. We believe that the failure in the Champions League will not have a big impact on the Munich side.

The defeat to the Submarine was nothing more than an unfortunate set of circumstances, for which Nagelsmann cannot be blamed. Rather, it’s the opponent that should be given credit. That’s why we love UCL. There are many ways to judge the German coach’s performance, but the statistics are on his side.

The German specialist’s charges scored 89 goals in 30 games in the Bundesliga, conceding only 29 goals during this period. And in all the encounters, they have acted strictly as number one and demonstrated an amazing level of play, delighting with their passing culture and individual skills.

Defeating their main rival at home and becoming champions is the ideal scenario for Bayern. There is serious motivation to beat a major rival and prove their superiority at home. We think there will be plenty of goals and that the home side will prevail.