Argentina entered the semi-finals by beating the Netherlands on penalties

The first two quarter-finals of FIFA World Cup 2022 showed exactly why the tournament is regarded as one of the biggest sporting events, as it had drama packed to the brim. Croatia stunned Brazil with a victory in penalties, while Argentina held their nerves to get the better of the Netherlands.

Croatia produced what could easily be called the biggest upset of the tournament by knocking out one of the prime favourites to win the competition, Brazil. The Selecao struggled to create chances in the first half, but the Croatian defense proved to be resolute.

Vinicius Junior and Neymar had attempts on target inside the first 25 minutes for the five-time champions, but on both occasions, Dominik Livakovic came to the rescue of Zlatko Dalic’s team. Against the run of play, Ivan Perisic could have got Croatia ahead in the 30th minute when Josip Juranovic found him with a precise pass, but the Tottenham Hotspur winger could not keep his effort on target.

As the last chance of the half, Neymar had yet another strike in the 42nd minute but with no change in fortune, as Livakovic was not ready to be defeated. The same theme continued in the second half as well, with Neymar having his first attempt of the half just ten minutes past resumption. Brazil’s second big chance came to Lucas Paqueta in the 66th minute, but the same players who scored four goals past South Korea struggled to find their scoring boots.

In the first half of the added 30, Brazil managed to break the deadlock courtesy of what could easily be regarded as one of the most pleasing goals of the competition. Neymar used two of his teammates to play one-twos and venture into the box, where he rounded up keeper Livakovic before sending the ball into an empty net.

Back then, it might have seemed that the match was all but over, but Croatia proved in the second half of extra time that their performance in 2018 was not a fluke and that they have the capability of beating the best sides. 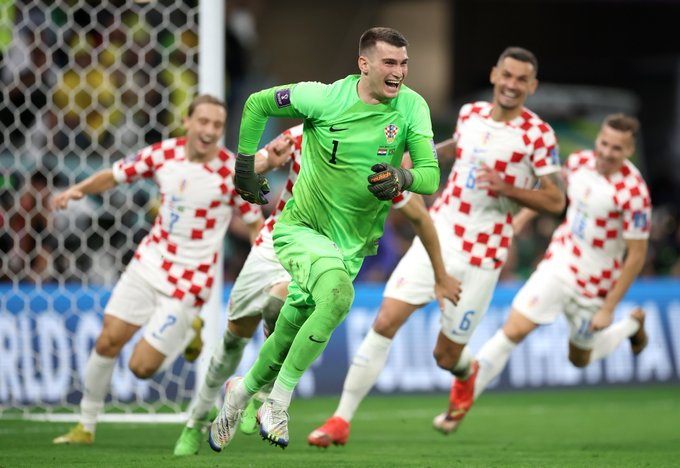 The equalizer came in the 117th minute courtesy of a sublime counter-attack. Two substitutes combined beautifully as Mislav Orsic made a darting run down the left flank before placing an accurate pass for Bruno Petkovic.

The Dinamo Zagreb striker’s left-footed attempt was heading straight at the Brazilian custodian, Alisson Becker. However, it took a deflection off Marquinhos on its way to beat the Liverpool player and take the game to penalties.

Real Madrid youngster Rodrygo’s shot was brilliantly saved by Livakovic in penalties while Marquinhos turned out to be unlucky for the second time, as his effort struck the crossbar and stayed out. Meanwhile, Croatia converted all of their four penalties to win 4-2.

For Argentina, however, the story was very different as La Albiceleste will continue to dream, unlike their neighbours. Lionel Messi’s team had to bring out their best game against the Netherlands, but it was enough to give them a victory in penalties.

As his teams often do, Louis van Gaal set his team in a slightly defensive approach in the first half, allowing Argentina to dominate possession. In the 22nd minute, Messi had a shot but could not keep his shot on target.

Netherlands’ first chance came only a minute later via Steven Bergwijn, but he was not accurate in his effort either. In the 33rd minute, Rodrigo De Paul had his shot saved by Andries Noppert, but the breakthrough came only a couple of minutes later.

Messi was once again instrumental as he played a defense-splitting pass for Nahuel Molina, but the full-back should be credited for beating his marker and then the goalkeeper with his strike. The last chance of the half fell to Messi, but this time around, Noppert was up to the task.

The two-time champions nearly doubled their lead via a Messi free-kick in the 63rd minute, and while that attempt was a hair’s width away from the target, the Paris Saint-Germain player did score ten minutes later.

Lionel Scaloni’s team was handed a penalty after Denzel Dumfries brought down Marcos Acuna, and Messi made no mistake from the spot. However, the Oranje did the unthinkable by scoring two goals to take the game to extra time. 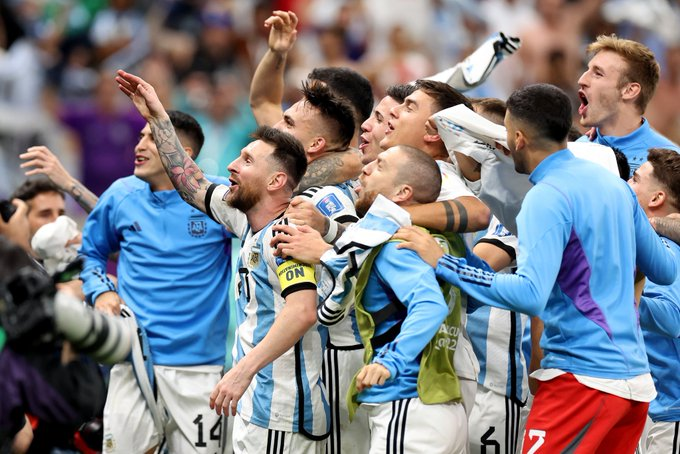 Argentina edged past the Netherlands to seal a semi-final berth

The first goal came in the 83rd minute when Wout Weghorst headed home a spectacular cross by Steven Berghuis. The equalizer came in the 11th minute of the injury time when from a free-kick, Teun Koopminers did well to gently roll the ball in Weghorst’s path, and the Bekistas frontman found the back of the net yet again.

The extra time did not produce many chances, but when it came to penalties, Argentina once again proved their mettle. Everyone barring Enzo Fernandez was on target for the South American nation, while for the Dutch, Steven Berghuis and skipper Virgil van Dijk had their shots saved by Emiliano Martinez.