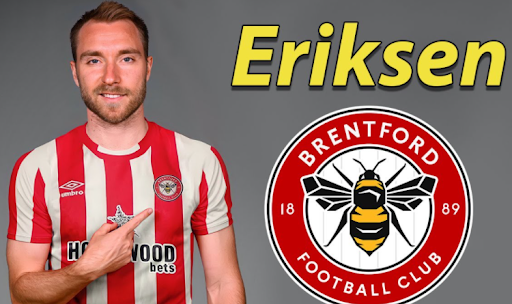 The Bees executed a rather interesting transfer, causing even more interest to the club

Christian Eriksen is officially back – he was signed by Brentford FC as it was announced by the press service of the English club on Twitter.

A really interesting ataccking team with a progressive coach – and this all is not just a gesture: on the field, the Dane will really help with the missing creativity.

The transfer of the attacking midfielder was presented with a spectacular clip using the music similar to that usually used in the trailers of Hollywood blockbusters:

And it all seems logical, because Brentford is a great option for No. 10 right now. The club made it to the top division for the first time since the 1946/47 season – that is, after 74 years. For this, Brentford won the promotion play-offs for the first time – the previous nine attempts in different divisions were unsuccessful.

The main creator of success – the owner of Brentford Matthew Benham: he supports the club since 1979 (when he first visited the home match of the team), loves statistics and analysis, and, moreover, actively uses it at the club at different levels and departments.

The team has already made some noise in the elite: in the first round they slammed Arsenal, then a resulting draw with Liverpool and in October they managed to lose at home to Chelsea while dominating most of the match.

Things are not looking good for Brentford this January as they have lost four games in a row in the EPL. Something has to change. Eriksen’s free arrival will likely shake up the team and give them a chance to overcome their crisis.

Plus, this is the most Danish club in the EPL right now because of the abundance of Danish players and staff there. Excluding Eriksen, there are as many as eight of them at the club: goalkeeper Jonas Lössl, defenders Luka Racic, Mads Roerslev, Mads Bech Sørensen, Mathias Jorgensen, midfielders Christian Nergor, Mathias Jensen and Mads Bidstrup. No other EPL club had more Danes at one time ever before.

The comeback really pleased many fans around the world who were worried about Christian after the summer incident. Eriksen reportedly signed a contract until the end of this season with the possibility of an extension for another year.

Just look at what this wizard once did at Tottenham, he was truly a key player of those years.

Current Tottenham head coach Antonio Conte, who had the opportunity to work with the player at Inter, was okay with Christian’s move to him.

“I haven’t had any contact with Christian lately. It’s great to see him engaged on the field and working with the ball. We’re talking about a very strong soccer player. But more importantly, he’s a great person. What happened in the summer is bad for both those who worked with Eriksen and those who know him. In that moment, I was scared. It’s great to see him getting ready to get back on the field, it’s great news. I think the doors are always open for Christian,” 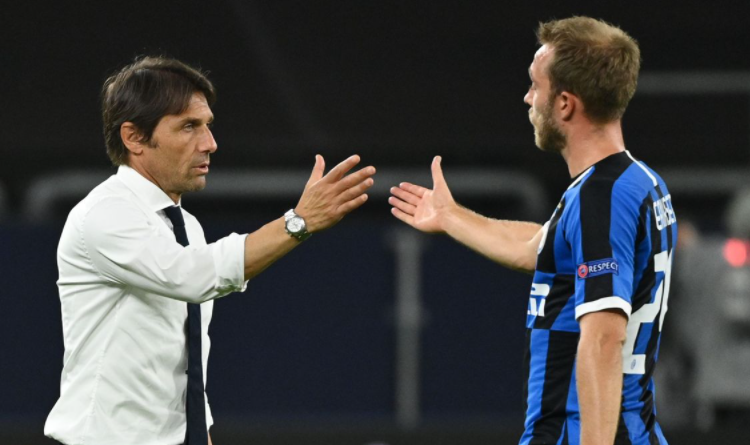 Still, in the end, there was no reunion with Conte, and it was a calmer option with Brentford. Maybe this is even for the better: the tasks are more modest, the intensity is lower – for a return after a heart attack, all the pieces may be important.

Earlier, when rumors were growing thicker, it became known that Eriksen successfully passed all the necessary medical tests.

To recall, the Italian Inter decided to terminate the contract with the player who has a cardioverter-defibrillator installed after June 12, when at the end of the first half of the match Euro-2020 Denmark – Finland (0:1) Eriksen fell on the grass and could not get up. The athlete was given emergency treatment on the field for 15 minutes, then he was taken to the hospital. Later it turned out that the footballer suffered a cardiac arrest. In the Italian Serie A players with implantable cardioverter-defibrillator (ICD) are not allowed to participate in matches due to safety and health reasons.

And, by the way, he will become the first player in the Premier League to play with one.

The Bees’ head coach, Thomas Frank, who has worked with the midfielder before too, told the club’s official website:

“I am looking forward to working with Christian again. It has been a while since I last coached him, and a lot has happened since then. Christian was 16 at the time and has become one of the best midfield players to appear in the Premier League. He has also won trophies all over Europe and become the star of the Danish national team. We have taken an unbelievable opportunity to bring a world class player to Brentford. He hasn’t trained with a team for seven months but has done a lot of work on his own.

“He is fit but we will need to get him match fit and I am looking forward to seeing him work with the players and staff to get back towards his highest level. At his best, Christian has the ability to dictate games of football. He can find the right passes and is a goal threat. He also has very, very good set piece delivery, both from corners and direct free kicks. He is a player you can find with the ball, and he will come up with a solution to the problem in front of him. Christian will also bring experience of top level football to the club. I expect him to have an impact in the dressing room and at the training ground”

The Danish coach told about his expectations.