5 players Arsenal could target in the January transfer window

Arsenal has been heavily linked with Mudryk and Marcus Thuram

Now that the FIFA World Cup is over, and club football is about to resume, fans can excitedly look forward to the January transfer window. With Arsenal sitting at the top of the 2022-23 Premier League standings before the restart, Gunners fans couldn’t have been happier.

However, they have been dealt a major blow as their summer signing Gabriel Jesus picked up an injury on international duty with Brazil, and after undergoing surgery on his knee, the ex-Manchester City striker could be out until early March per multiple reports.

Mikel Arteta’s side is embroiled in a dogged title race with Pep Guardiola’s side and if they are to compete with City, surely the Emirates outfit would be in need of reinforcements. They might also need some fine-tuning in other positions as well, and Arteta’s side has already been linked to a host of players, including Shakhtar Donetsk’s Ukrainian winger Mykhailo Mudryk and Marcus Thuram of Borussia Monchengladbach among others.

The Londoners might also be looking to find a long-term successor to Granit Xhaka, and cover at right back with Cedric Soares being linked with a move away to Fulham.

Here are the top five players Arsenal could target in the upcoming January transfer window:

#5 Folarin Balogun (On loan at Reims)

Having spent £142m in the summer, the Londoners may dip their toes in the transfer market again, but if they want a stop-gap solution until Jesus is back, then recalling Folarin Balogun from his loan spell at Ligue 1 outfit Reims wouldn’t be too bad either.

A product of the Gunners’ youth academy, the USA-born striker has hit the ground running in France, after smashing 8 goals in just 15 appearances on loan. While he does lack Premier League experience, they also have the likes of Eddie Nketiah and Gabriel Martinelli to fill in the shoes of Jesus. Given Arteta’s willingness to give chances to young blood, this one could be a relatively easier move to pull off, and an economic one.

The Emirates outfit needs to get themselves a recognised right-back if they are to sustain their push for the Premier League title. Ben White has been filling in at full-back and while he has performed admirably despite playing out of position, the Englishman is a centre-back by trade.

While Takehiro Tomiyasu is an exciting prospect, Soares seems to be on his way to joining Fulham, meaning they will need cover at right-back. Juventus’ Danilo could be a good stop-gap solution, and he also has experience of playing in England previously with Man City.

He played at both full-back positions for Brazil during the FIFA World Cup showing his versatility at the biggest stage and has bags of experience, something the Gunners could use if they are to rub shoulders with Guardiola’s men.

A sturdy tackler, the 31-year-old is good with the ball at his feet and adept at going forward to supplement the attack, skill sets that Arteta would gladly take. Also, the Old Lady would be easy to negotiate with, given the precarious position of the Italian club’s finances.

Youri Tielemans has been attracting interest from London-based clubs for a while now with Chelsea also credited to have enquired about the Belgian midfielder’s services. He’s out of contract in the summer, so Leicester City would be open to a sale in January, and the 25-year-old has plenty to add to Areta’s side.

A product of Anderlecht’s youth academy, Tielemans has good attacking and defensive attributes. A skilful player who is not afraid to put in some hard challenges, he could also add a lot more creativity alongside Thomas Partey. 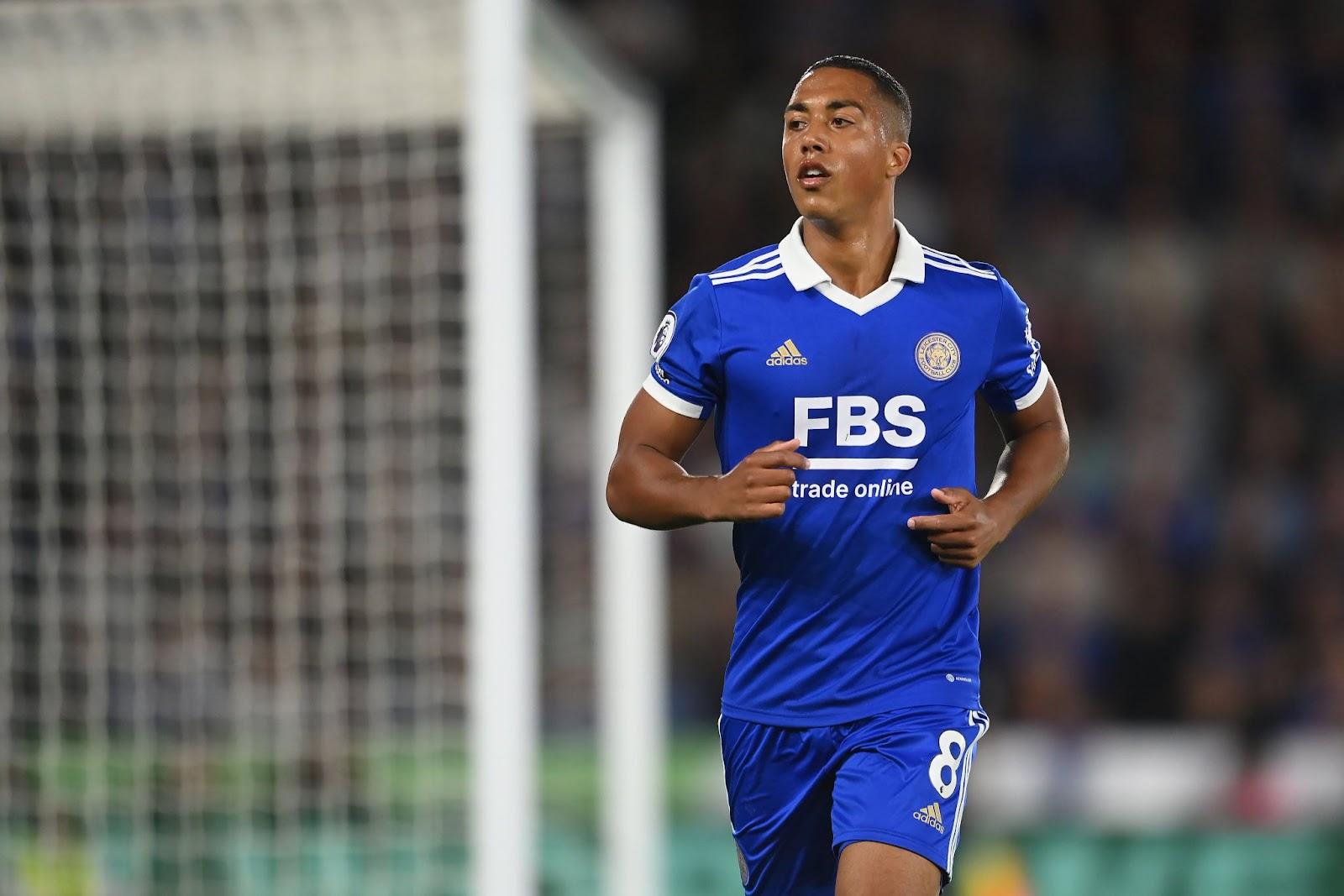 And with Granit Xhaka already in the twilight of his career, the Foxes’ star midfielder could be the ideal successor to the Swiss maestro. Furthermore, a deal for Tielemans would be easier to pull off since he’s just six months away from becoming a free agent and will be eligible to sign a pre-agreement in January itself.

Borussia Monchengladbach starlet Marcus Thuram has been linked to a host of clubs including the Gunners and the Bundesliga are likely to have a hard time holding on to him. The son of legendary footballers Lilian Thuram, Marcus will be a free agent in the summer and that would certainly give Arteta’s side an upper hand in negotiations.

A versatile player able to play on the left flank as well as in a traditional centre-forward role, the 25-year-old gave a good account of himself while for the defending champions at FIFA World Cup 2022.

With 41 goals in 119 appearances for his current club, Thuram is one of the best young strikers in the world, and wouldn’t require the North London outfit to break the bank. However, they will have to move swiftly because Manchester United are also in the market to find a replacement for Cristiano Ronaldo, and they have also been linked to Thuram.

The player who has been heavily linked to Arteta’s side, Mykhailo Mudryk has been one of the brightest prospects to emerge from war-torn Ukraine in recent years. With his dazzling feet and ability to beat defenders, the 21-year-old has been phenomenal this season, contributing 10 goals and 8 assists across all competitions.

Shakhtar Donetsk’s vice director Nicolini recently confirmed Arsenal’s interest in the young winger but insisted that they had not received any official bids so far. The Gunners even made Mudryk their prime target for the January window, however, he would not come cheap given his current deal runs through to 2026. 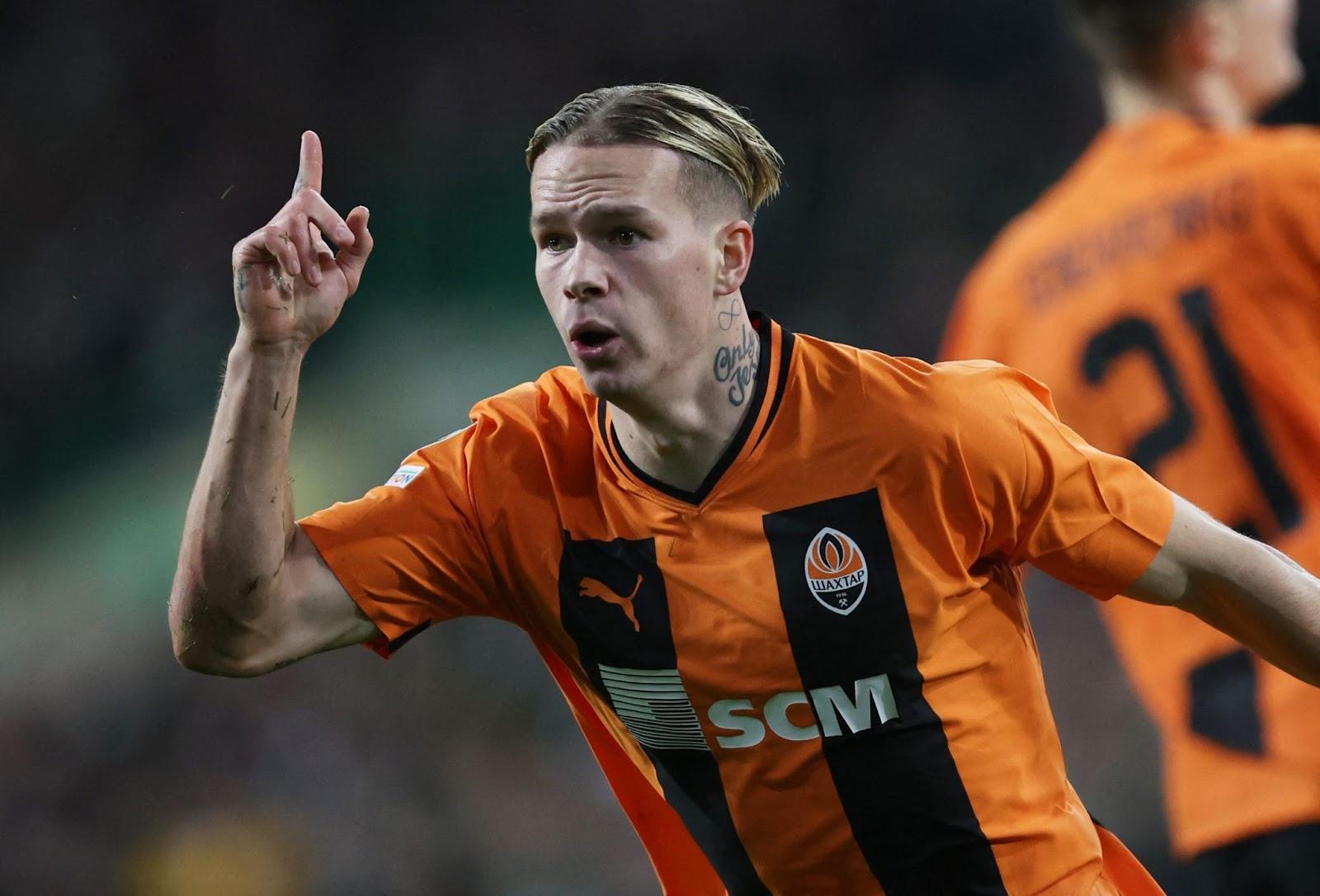 That being said, the Ukrainian club could have a hard time trying to hold on to Mudryk who himself is eager to join up with the Emirates outfit.