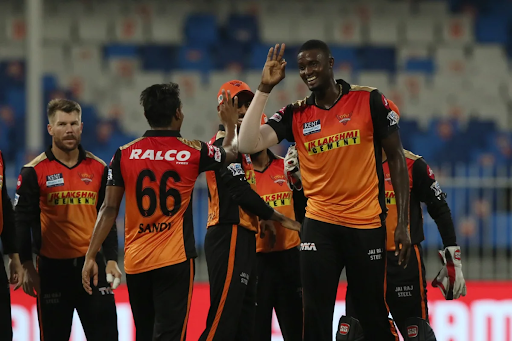 Sunrisers Hyderabad are desperately searching for victory in the Indian Premier League (IPL) 2021 tournament and they will look for one against Rajasthan Royals, when these two teams meet in Dubai on Monday night for their next match.

It has been an extremely disappointing season for Sunrisers Hyderabad, who are a former champion, having won the tournament in 2016 under the captaincy of David Warner. However, since the removal of Australian from the captaincy role of Sunrisers Hyderabad, the franchise has struggled and is yet to make its presence felt in IPL 2021 under the new captain Kane Williamson.

Sunrisers Hyderabad are currently placed at the last spot in the IPL 2021 points table. SRH have so far played nine matches and have recorded only one victory. As many as eight losses have given them a negative Net Run Rate of -0.637 and a huge task of reviving their campaign in the ongoing edition of IPL.

On the other hand, Rajasthan Royals are currently placed at the sixth position having played nine matches so far. Rajasthan Royals have won only four matches while they have lost five, but they still have a total of eight points, which puts them in a hopeful situation of qualifying for the IPL 2021 playoffs.

Sunrisers Hyderabad and Rajasthan Royals are both coming off defeats in their respective previous matches. While SRH lost in an agonising manner against Punjab Kings by a margin of five runs despite Jason Holder providing the fireworks, Rajasthan Royals were hammered by Delhi Capitals, who are one of the best teams in the tournament so far.

SRH will be hopeful that their main batsmen in Warner and Williamson fire after going through a period of nonperformance, and the same will be the case of Rajasthan Royals. The RR batsmen had a collective failure in the contest against Delhi Capitals, barring Sanju Samson, who scored 70 not out to take his team as deep into the chase as possible in the contest which was played on Saturday.