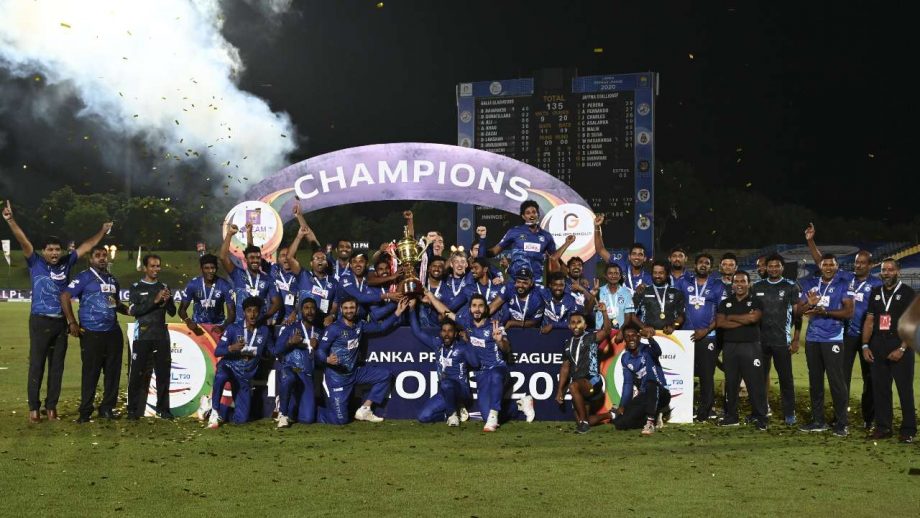 After the suspension of Indian Premier League, there were many stipulations that IPL will continue in the UAE or maybe Sri Lanka as the lankan board did offer an opportunity for the same. Yesterday, Sri Lanka Cricket announced that the Sri Lanka Premier League’s second season will begin from 30th July & with that they ended the offer given to BCCI to host IPL.

LPL was started last year in a bio bubble in Hambantota, Sri Lanka. There were five teams who participated & Jaffna Stallions beat Galle Gladiators in the finals to become the champions. This year the finals will be held on 22 August.

“We have found a suitable window to hold this year’s edition, whilst we are currently working on finalising the other details of the tournament,”

said Arjuna de Silva, the chairman of the management committee at the SLC.

Arjuna de Silva further believes that the second season of the Lanka Premier League could be an even bigger event than last year’s tournament with participation of more foreign players expected.

“The first tournament was successful last time at Hambantota and I am very confident we will have more foreign players competing,”

On the current pandemic situation of the country, De Silva said

“Sri Lanka Cricket will assess the country’s situation and discuss with the Ministry of Health closer to the tournament to ascertain the health situation in the country prior to taking a final decision on the competition.”

As of now, there are four venues which are finalized & the matches will be played at Hambantota, Pallakele, Colombo and Dambulla taking into account the seriousness of the COVID scare.

“Sports Minister Namal Rajapaksa has already granted his approval for the LPL to be conducted at Hambantota, Dambulla, Pallekele and Colombo depending on the country’s covid situation in that period,”