RR captain Sanju Samson: We are afraid of batsmen like Gaikwad 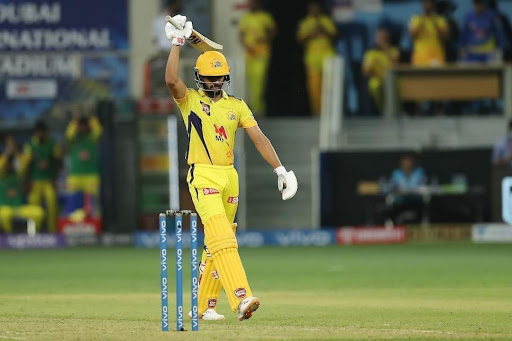 Rajasthan Royals defeated Chennai Super Kings by 7 wickets to get their second win in the second leg of the 2021 edition of the Indian Premier League campaign.

Batting first, Chennai posted a respectable total of 189 with Ruturaj Gaikwad smashing his first IPL century. The young batsman also broke Sachin Tendulkar’s record as he brought up seven 50+ scores in the IPL in only 18 innings compared to the cricketing legend’s record of 26 innings.

Rajasthan needed 190 runs to stay alive in the competition and their openers Yashaswi Jaiswal and Ewin Lewis broke hell to score 75 runs from the first five overs. Jaiswal brought up his half-century in just 19 balls whilst Shivam Dube stayed till the end to complete the run-chase with an exquisite innings of 64 runs off 42 balls.

At the post-match presentation, Sanju Samson was delighted to get his decision to bat second right and he praised Yashaswi Jaiswal’s performance after his maiden IPL fifty.

“We are aware of the abilities of the people we have in our batting line-up. That’s why it’s disappointing when we lose. The wicket was behaving really well in the last 3-4 overs, so we knew it’d be much better in the second innings. We just wanted to back ourselves. I am happy I guessed it right (at the toss). The openers have been giving good starts, they almost finished off the game in the powerplay. They were going for the kill. Very happy for young Jaiswal, he’s played really well throughout the tournament, we are very sure he’ll make it big.”

The Royals skipper also talked about the returning Dube and his performance whilst heaping big praise on Gaikwad.

“We have been discussing about Dube from the last 2-3 games. We thought today might be his day. He has been working hard in the nets, very happy for him. Unbelievable batting by Gaikwad. We are really afraid of a batsman like him. Plays a lot of cricketing shots, there’s no risk the way he plays. We need to respect those types of batsmen. Very happy that he scored a really good hundred, respect him. We are not thinking too far ahead, one match at a time.”

Ruturaj Gaikwad was awarded the ‘Man of the Match’ award and the youngster talked about the batting conditions and his strengths whilst batting on such pitches.

“It was a slow wicket at the start and slightly damp, as the game progressed it got better. It was important for one of the batters to stay till the 14th or 15th over. I didn’t manage to do it in the last few games thankfully it happened today. I am working on timing the ball really well and trying to maintain my shape. It has worked for me for many years. Right from when I started playing cricket, I have relied on timing. Today also I relied on timing and thankfully it is coming off.”

The 24-year old further talked about how being in the same franchise for three years has helped the batsman understand the culture and routine of the club.

“My selection in the CSK team in 2019 where I didn’t get a chance to play, being in the dressing room I got to learn a lot. I got to know some routines, I got to know what hard work to go through, it was a very good learning curve for me. That one thing really helped me a lot. It was a dream, started really slow, didn’t dream of getting a hundred, the aim was to get to a total of maybe 160-170. I like it but I would have loved to be on the winning side today.”