Reminds a lot about myself – Yuvraj Singh on SunRisers Hyderabad batter  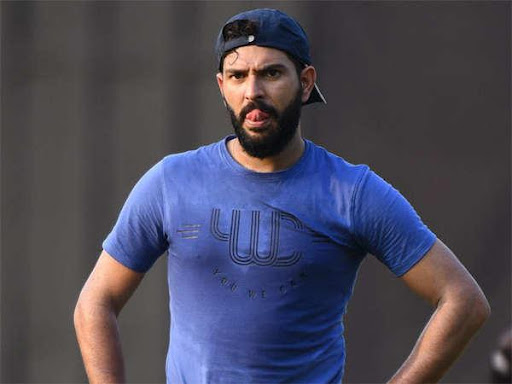 Yuvraj Singh reminds himself about the old days of his cricket

Yuvraj Singh lauded the SunRisers Hyderabad (SRH) batter and said that the batter “reminds me a lot about myself”.

The former Indian left-hander Yuvraj Singh was at the peak of power-hitting during his cricket era. Whenever he left for the field, the all-rounder gave it all and it is no surprise that he played a key role in the two big ICC triumphs for India in the 2007 T20 World Cup and 2011 ODI World Cup.

The 40-year-old praised the young left-hander of SunRisers Hyderabad Abhishek Sharma and added that he reminds him of himself because of some shots that he played.

“I think when I see Abhishek (Sharma), he reminds me a lot about myself. The pull shot, the backfoot shot he hits, I felt I was very much like him. Shivam Dube also has that style, but he has been there for a long time. He is 28 years old and I do not know how much ODI cricket he has played. If you feel that guys have the talent, you need to give them more chances. Shivam or anyone, you have to give them more chances to help them get better,”

The left-hander played a key role in the 2007 T20 World Cup and 2011 ODI World Cup wins. Yuvraj Singh had called up his International career in 2019.