Player Ratings for Sri Lanka: Dasun Shanaka and Kusal Mendis, the only positives for the inconsistent Lions

India hosted Sri Lanka for a three-game T20I series in what was their first international series in 2023. The Men in Blue won the first game by two runs while losing the second one by 16 runs. But ultimately, as has been the trend, the Indian team won the series decider by an emphatic margin, registering a win by 91 runs to clinch this series 2-1.

Here we rate the Sri Lankan team who used 12 players over the course of the series.

Pathum Nissanka – 3/10: The poster boy of Sri Lankan batting Pathum Nissanka was a total disappointment in the series managing only one 30+ runs in the three innings batted and that too came at a strike rate of 94 which is a huge crime for any batter in the format and more so for an opener who bats in the Power Plays.

Although the batter has huge potential in him and will be the torch-bearer of Sri Lankan cricket in future, he needs to eke out his batting strategy otherwise he might be eked out of the side as soon as a consistent explosive batter is found by the Sri Lankan management.

Kusal Mendis – 8/10: Kusal Mendis has reinvented himself ever since Chris Silverwood has come into the Sri Lankan helm. He has become explosive and consistent, something that was missing in his game despite having the potential to be the next big thing in Lions cricket.

His best innings of the series came in the second game where he paved the foundation for the Lankans to score 200+ total by scoring 52 runs from 31 balls, batting at a mammoth strike rate of 168. Although he did score 20+ runs in each of his innings, he lost his wickets trying to up the ante after his partner was failing to do so.

Avishka Fernando – 2/10: The promising batter came in place of Bhanuka Rajapaksa in the third and deciding game of the series and much was expected of him given his exploits in the recently concluded Lanka Premier League but he could muster only one run from three deliveries and it was in fact his wicket that put the brakes on Lankan scoring rate that ultimately made them lose more wickets in search of quick runs.

Charith Asalanka – 5/10: A consistent performer for Sri Lanka in the format ever since his debut, Charith Asalanka performed okayish even in this series. He was a total disappointment in the first game of the series managing 12 runs but at the expense of 15 balls but was one of the star batters for the Lions in the second game wherein he scored 37 runs from 19 deliveries scoring at a strike-rate of 195.

It was actually his and Kusal Mendis’ innings that laid the foundation and helped Dasun Shanaka to post a total well beyond the 200-run mark. Even in the series-deciding T20I, Asalanka scored 19 runs off 14 deliveries in a bid to stabilise the Lankan innings in the mammoth chase of 229 runs.

Bhanuka Rajapaksa – 1/10: Another batter who has reinvented himself under Chris Silverwood, Bhanuka Rajapaksa was expected to continue the form he has shown in the last few series since the Asia Cup but he failed miserably only managing 12 runs from two games and this performance forced the Lankan management to drop him from the third game in favour of LPL hero Avishka Fernando.

Dasun Shanaka – 9/10: What a leader Dasun Shanaka has turned out to be leading the side from the front. He was a scare in this series for Team India scoring 45 runs in the first game in 27 deliveries, an innings that almost took over the game from the hosts, had it not been some good bowling by Umran Malik to dismiss the Lankan leader. 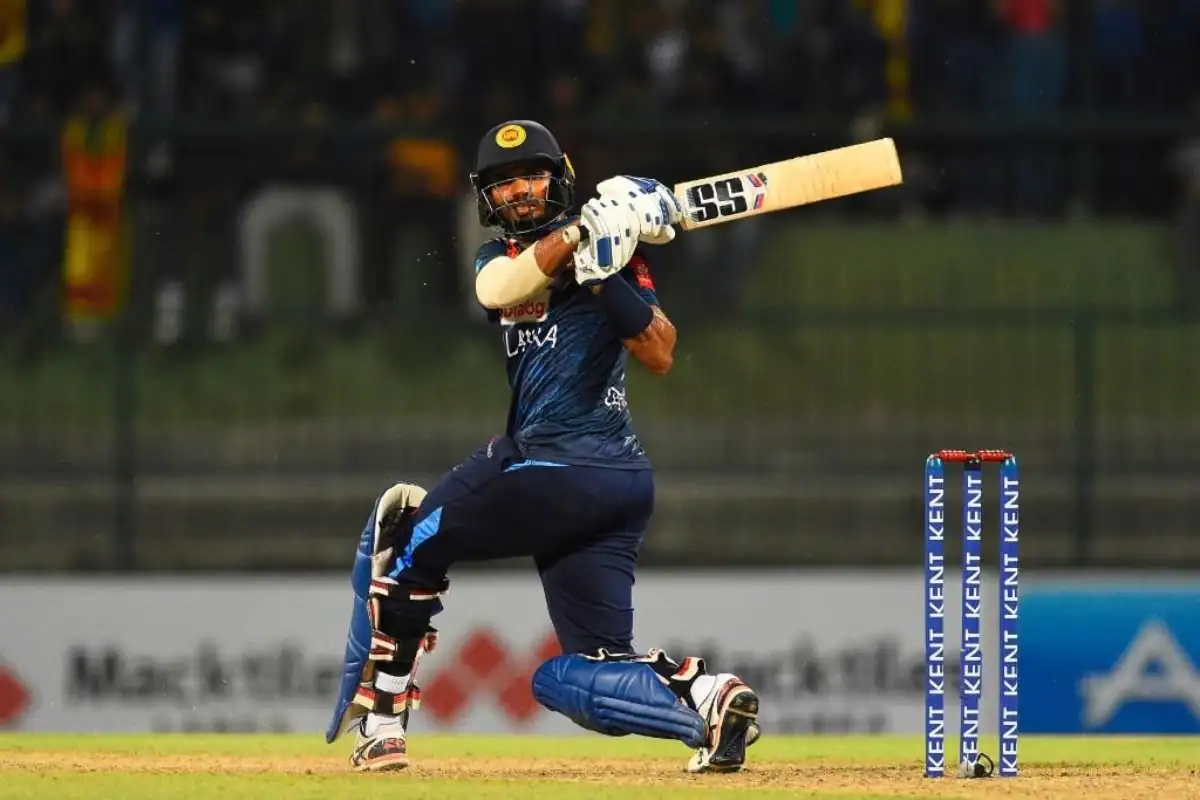 However, Shanaka came back in style in the second game scoring 56 of 22 deliveries, an innings that single-handedly turned the result in Sri Lanka’s favour. It was his innings that changed the momentum of the match and made the Indian young batters nervous in a chase of 207.

Even in the third game, Shanaka was the top-scorer scoring 23 runs but somehow did not provide any challenge as India easily cruised towards victory in the match. Shanaka also bowled one over in the second game of the series wherein he bowled the decisive last over and gave away just four runs while scalping two wickets.

Dhananjaya de Silva – 2/10: Another disappointment in the series, Dhananjaya de Silva is usually one of the performers in the current Sri Lankan setup but he was a total failure in this series. With modest returns of eight, three and 22 in the three innings, he needs to perform better in a Sri Lankan middle order that often blows hot and cold. Even with the ball, he failed to do much as he was handed just one over wherein he gave six runs.

In the second game, he was dismissed for a duck and then gave away 41 runs in three overs with only one scalp in his name. In the third game, he gave away 36 runs with another solitary wicket from four overs while managing mere nine runs with the bat.

In the first game of the series, he gave away 22 runs while picking up one wicket in three overs bowled but almost handed Sri Lanka the victory with the bat scoring an unbeaten 23 runs from 16 deliveries and was the lone Lions batter to remain not out in the innings as Lanka lost the game by two runs.

In the second game, he made a crucial contribution of 11 runs although in 10 balls but did quite well to hand Shanaka the strike every time he was forced to face the bowler. While bowling though he did pick one wicket but gave away 41 runs from four overs. Similarly in the third game, he was quite expensive giving 52 runs from four overs while picking a solitary wicket but did not trouble the scorers at all when asked to bat.

Maheesh Theekshana – 1/10: Another poor performer for Sri Lanka who is one of the core of the team. Maheesh Theekshana was very poor with the ball managing only one wicket in the series whilst giving away runs in abundance.

Kasun Rajitha – 6/10: Kasun Rajitha blew hot and cold over the course of the series. He was hammered all around the park in the first game but came back strongly in the second to register bowling figures of 2/22 in four overs which was one of the main reasons why Sri Lanka was able to defend against the Indian batting line-up. He picked another wicket in the third game but was a tad expensive in that one.

He had an economy rate of 8.8 in the first game, 11.2 in the second match, and 13.8 in the last fixture. He needs to improve his variations if he wants a long run in international cricket.

Pakistan Cricket Board announced the complete schedule of the upcoming