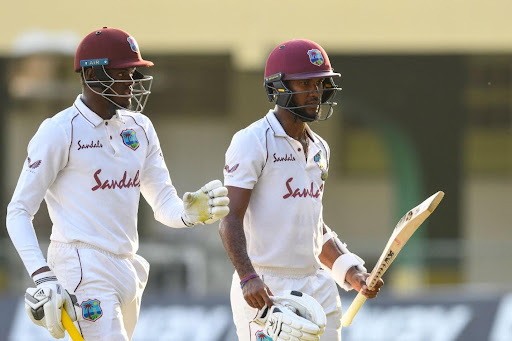 Shaheen Afridi grabbed career-best figures after Pakistan dominated with both bat and ball against West Indies on day 4 of the second Test at Sabina Park on Monday.

Shaheen Afridi put a great show with the ball after picking up 6 wickets for 51 runs to bowl out the hosts on 150 just after lunch to make sure they get 152 runs first innings lead and then raced to 176/6 in the second innings before declaring to set the home side a target of 329 to win the series.

West Indies were at 49/1 at the end of day 4 in a Test that had already lost a day to bad weather but still looking pretty well to get a result out of it.

Pakistan lost the first Test by one wicket but applied an aggressive approach in the second especially on day 4 when West Indies resumed their play on 39/3, with Shaheen alongside Mohammad Abbas went through their batting order.

Nkrumah Bonner, who remained unbeaten on 18 the previous day, became the top scorer for his side after scoring 37.

Pakistan then wasted no time as they went aerial in aggressive mode to set the highest possible target with the remaining time left in a Test of almost a day.

Abid Ali came out swinging his bat to take his side on 70/1 in only 10 overs before he got dismissed at gully point off Alzarri Joseph for 29.

His fellow partner, Imran Butt scored 37 off just 44 balls while the skipper, Babar Azam raced to a quick 33 and declared the innings when he lost his wicket at long-on.

Pakistan scored a total of 176 runs in the second innings in just 27.2 overs with 138 overs remaining in the Test, when they had taken the chance to let West Indians bat so they can bundle them out to square the series.

Shaheen took another wicket at the end of day 4’s play but this time it was a run-out when a direct throw ended the innings of Kieran Powell on 23 to get the first wicket for Pakistan.

Captain, Kraigg Brathwaite (17 not out) and nightwatchman, Alzarri Joseph are still on the crease, taking the same responsibility as before. The play will be resumed on Thursday.

Do not miss: Updates on Pakistan, Afghanistan ODI series