Pakistan names Sharjeel, Masood, and Abrar for the ODI series against New Zealand 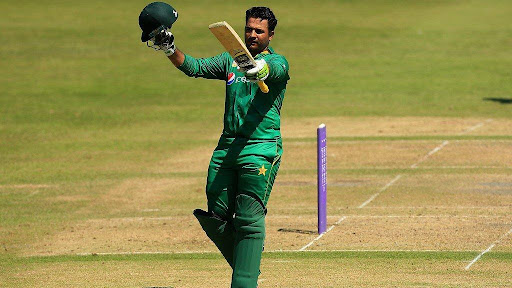 The three ICC Men’s Cricket World Cup Super League matches between Pakistan and New Zealand, which will be contested at the National Bank Cricket Arena on January 9, 11, and 13, have a total of 21 likely players listed by the Pakistan Cricket Boards Interim Selection Committee.

The 16-player squad will be revealed by the selectors after the Pakistan Cup and during the second Test, which will also be contested here from 2 to 6 January.

Due to their ongoing knee rehabilitation, Shaheen Shah Afridi and Fakhar Zaman will not be included in the final team when it is reduced to 16 players next week.

The probable list includes Shan Masood, who played five ODIs against Australia in the UAE in 2019, as well as opener Sharjeel Khan, who played his 25th and last ODI in January 2017.

The majority of the 21-man lineup is made up of younger players who have already established themselves on the home circuit, including Qasim Akram, Ihsanullah, and Tayyab Tahir. Kamran Ghulam, a top-order batsman, is also included.

He set a record by scoring 1249 runs for Khyber Pakhtunkhwa in the 2020–21 Quaid–e–Azam Trophy and is now among the top scorers in the Pakistan Cup with 435 runs from six games and two hundreds.

In addition, Shan Masood, who’s last ODI appearance was almost three years ago against Australia, has been called up by Pakistan. Aamer Jamal, a fast-bowling all-around player who debuted in T20Is in September, and Abrar Ahmed, who just made his Test debut against England and finished with a record-breaking seven-wicket haul in the first innings, are both listed among the 21 players.

Only Zahid Mehmood has been dropped from Pakistan’s previous ODI assignment, a three-match series in the Netherlands back in August; Shaheen and Zaman, however, are anticipated to regain their pre-Pak Super League fitness levels.

The three-match One-Day International series against New Zealand was originally scheduled to take place in September of last year, but the visitors cancelled their limited-overs tour shortly before the first ODI began, citing security concerns. The matches for the forthcoming series are set for January 9, 11, and 13. The series will be played entirely in Karachi.

Six players who have yet to participate in an ODI were chosen by the selectors. They are Tayyab Tahir, Abrar Ahmed, Aamer Jamal, Ihsanullah, Kamran Ghulam, and Qasim Akram.

The probable list does not include Fakhar Zaman, Khushdil Shah, Shaheen Shah Afridi (injured), or Zahid Mehmood, who were members of the team during the ODI series against the Netherlands.