Pakistan beat England by 6 runs in the cliffhanger fifth T20, to lead the 7-match series by 3-2

In the fifth T20I, England had won the toss and elected to field first and Pakistan had posted a 145-run on the board at the end of their innings while England found Pakistan’s modest total was barely out of their reach.

In the fifth T20I, England had won the toss and elected to field first. Pakistan skipper Babar Azam lost his wicket very early and Mark Wood sent him to the pavilion in the third over of the innings.

There has been a lot of criticism of Mohammad Rizwan and his strike rate, but his innings embodied why Pakistan esteems his consistency so much.

On an off-day with the bat and awe-inspiring bowling performance from England, spearheaded by Mark Wood and David Willey, Rizwan stayed until the eighteenth over and was the ninth wicket to fall.

He had piled up 63 off 46; the following most elevated score from a Pakistan batter was 15. It allowed Pakistan to get to something looking like decency, specifically as muggy, heavy conditions threatened to slow down both the pitch and the outfield.

All things considered, the odds were vigorously against them, with Pakistan never having defended a total this low in their home country.

There’s something about giving Wood a rest that sees him return all guns blazing. Rested for the fourth game, he picked up where he left off in Lahore, breathing the kind of fire that demonstrated excessively hot to deal with for Pakistan.

He was hitting the low-to-mid 90s mph right all along, hurrying Rizwan into a force shot before firing a length ball at Babar at 95mph/152kph to follow.

In the middle overs, Wood displayed there was as much cleverness to his game as speed. When he saw Asif Ali stepping back his external leg stump and Wood dumped the shorter length, cleaning him up with a leg stump yorker.

Mohammad Nawaz had a brain-fade the same over, wandering down the pitch erratically to gift England another wicket. The Englishman had registered figures of 3-0-9-3 at that point, and they didn’t compliment him in the slightest.

Pakistan had posted a 145-run on the board at the end of their innings.

England might have placed the game to bed from the beginning, however rather let Pakistan in with a spate of odd, wild shots that went directly to fielders.

Phil Salt picked out the only man in the deep on the leg side in the fourth over, however, it had taken Alex Hales just five balls to find backward point trying to slice a delivery that had turned and gripped.

Ben Duckett, who has taken advantage of the field so magnificently at the time of this series, fell into the most fundamental snare Pakistan had set, edging one straight down deep third’s throat with the man positioned explicitly for that shot.

Moeen Ali seemed to have spent much of that innings in hibernation, happy to rotate the strike and even play second fiddle to Dawid Malan and later Sam Curran.

He had managed just 14 of his first 19 balls and looked to be finding conditions just as turgid as his teammates were. But in the final five overs, there were signs he was stirring from that slumber.

He was as spectacular against the pace bowlers as he was stodgy against spin. When Wasim was carved through a point in the 16th over, there was evidence the game wasn’t quite done yet. If Pakistan hadn’t picked up that warning sign, they certainly did when Haris Rauf was insouciantly timed over square leg for six.

A further six and a four off Wasim off the accompanying two overs carried the game to a head with 15 needed in the last six. Babar confided in Jamal over Nawaz to bowl it, and the signs looked foreboding when a slot ball was butched over long-on to bring the condition down to eight off three.

At this point, Moeen was in his zone, scarcely recognizing the half-century that shot had taken him to. But, with Moeen turning down singles, Jamal found the wide line that had kept him calm, and England found Pakistan’s modest total was barely out of their reach. 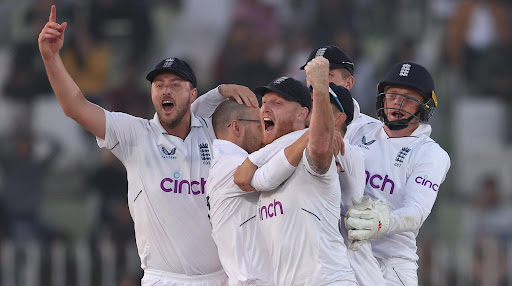 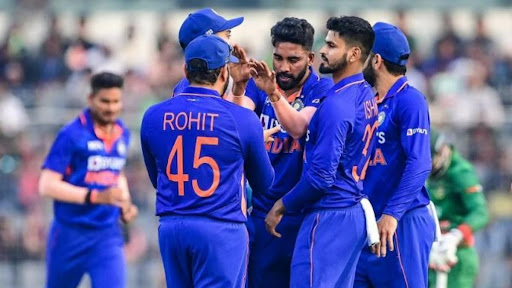