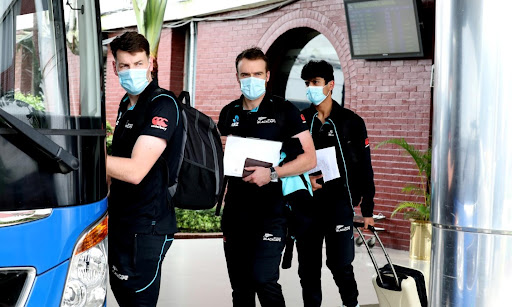 New Zealand thinks they are well prepared for the Bangladesh spin onslaught in the upcoming T20I series, starting from Wednesday, September 1.

New Zealanders think they have understood well about the playing conditions in Bangladesh. Meanwhile, Bangladesh will be looking for another famous scalp when they take on New Zealand in the T20I series.

Bangladesh spinners sealed the show after beating Australia by 4-1 in the T20 series last month and New Zealand is expecting the home side’s spin and slow seamers to be offensive once again.

Another big series win could boast Bangladesh for the T20 World Cup in UAE which is just around the corner, starting in less than two months.

The home side has never beaten kiwis in a T20 in ten attempts. New Zealand won the only T20 played in Bangladesh territory by 15 runs in 2013.

That has been a long time since Bangladesh has become a stronger opponent at their home.

An injured Australian team just learned how dangerous Bangladesh spinner and seamers can be when they got a series for the first time this month.

New Zealand, which does not have any members of its T20 World Cup squad, is looking to come up with the same strategy.

“We have a perception of how we think they will play based on having a look at it and the recent Australia series,”

“We are probably preparing for a slow and low wicket like the Australia series. We are not used to that. But if it has a bit more pace and bounce, we will be quite happy with that.”

Bangladesh, however, is not taking the victory for granted. Their batting coach, Ashwell Prince said that New Zealand would use Australia’s defeat to learn about their counter-tactics.

“They are a street-wise team who would plan meticulously against every batsmen, bowlers, and pitch,”

“They will use every bit of information to help them.”

Bangladesh will also get the benefit of Mushfiqur Rahim and Liton Das come back to the side that misses the Australia series after violating Covid-19 protocols.

All the matches will be played without the spectators behind closed doors on September 1, 3, 5, 8, and 10 at the Sher-e-Bangla National Stadium in Dhaka.