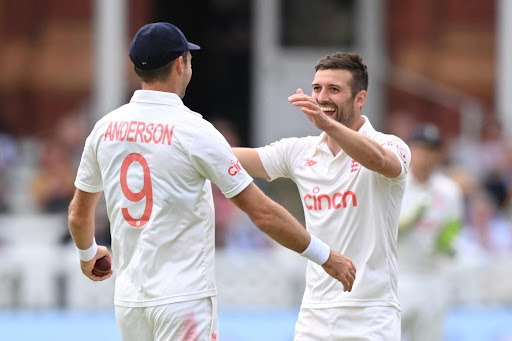 England could be in trouble as there are chances of Mark Wook missing the third Test against India next week as he injured himself while fielding at Lords.

After an embarrassing 151 runs defeat from India in the second Test at Lords, England missed several fast bowlers without Mark Wood as the pacer injured him while fielding at Lords Cricket Ground.

It happened when Wood landed on his right shoulder while diving at the advertising board on Day 4 to save the boundary but he still bowled near 150 kph on Day 5 of the second Test to put his part in the play.

He is going through certain tests and there are doubts about his inclusion in the Headingley Test as England is yet to announce their squad for next week’s game.

England is already short of Stuart Broad, Jofra Archer, and Chris Woakes due to injuries while the veteran all-rounder, Ben Stokes is on a mental health break.

“The medics are working on him (Wood), we’ll find out more in the next couple of days,”

England coach Chris Silverwood said Tuesday after his side faced a shocking defeat of 151-runs at Trent Bridge.

Silverwood applauded the efforts of Wood and some think that he should be careful while fielding as he has a dark history of injuries.

“Modern-day cricketers all dive athletically to save runs and the effort is commendable, but it is not worth the risk of injury to a leading bowler,”

England is now without a victory in their last seven Test matches, and they keep bowling short at Mohammad Shami and Jasprit Bumrah for their unbeaten 89 runs stand.

Both the players then starred with the ball to bundle out England on 120 with 49 balls left in the day after setting a target of 272.

England may drop Dom Sibley due to his poor performance in the last couple of games and averaging below 20 in Test this year including his duck on Monday but it is not sure about his replacement.

Chris Silverwood is now completely responsible to pick the next playing X1 for England as Ed Smith, the national selector said:

“You’ve got to do what’s best for the team, ultimately, and find the best way of progressing England to a place where big first-innings runs — and second-innings runs — come in on a consistent basis.”

Also read: Ben Stokes likely to get back to rescue England