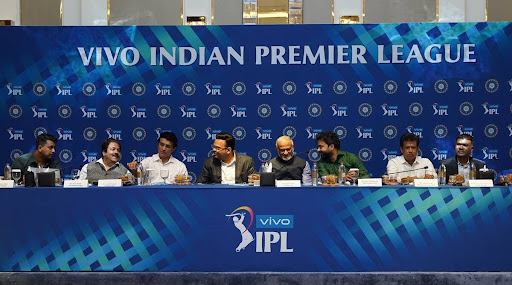 BCCI officials read the bids during the IPL team auction

The Sanjeev Goenka-owned RPSG Group and the international investment firm Irelia Company Pvt Ltd (CVC Capital Partners) have won the rights of ownership of the Lucknow and the Ahmedabad franchise respectively in the Indian Premier League.

BCCI president and former Indian national cricket team skipper Sourav Ganguly welcomed the two new owners and two new cities that come with their own set of fans enhancing the reputation of the league across the country.

“The BCCI is happy to welcome two new teams from the next season of the Indian Premier League. I would like to congratulate RPSG Ventures Ltd. & Irelia Company Pte Ltd for being the successful bidders. The IPL will now go to two new cities in India viz in Lucknow and Ahmedabad. It is heartening to see the inclusion of two new teams at such a high valuation, and it reiterates the cricketing and financial strength of our cricket ecosystem.”

The RPSG Group was one of the nine parties to submit their bids in two envelopes, one containing personal and financial credentials with the other containing the bid. With the base price of the two teams set at Rs. 2000 Crores meaning that all interested parties had to fulfill the criteria of having Rs. 2500 Crores net worth and Rs. 3000 Crores annual turnover.

Eventually, the two winning bids ended up being 350% and 280% more than the base price of the two new IPL franchises. The two winning parties had to then select a centre of their choice from six available cities in Ahmedabad, Cuttack, Dharamsala, Guwahati, Indore, and Lucknow.

Out of the 9 parties present at Taj Dubai on Monday, the lowest bid came from Avram Glazer, the owner of European football giants Manchester United. The biggest shock of the day was ‘favorites’ Adani Group failing to win either franchise as they bid over Rs. 5000 Crores but failed to even come close to the bid put in by CVC Capital Partners.

CVC Capital Partners, the former owners of Formula 1 put in a bid of Rs. 5625 Crores for the Ahmedabad centre whilst outbidding the Adanis for the Lucknow centre by 66 Crores INR as well. The interest from CVC and the Glazers has certainly increased the global reputation of the league and these signs are promising as BCCI aims to make IPL the biggest sporting league in the world in the coming years.

Ganguly also talked about globalizing the sport and the huge appeal of the IPL across the world at Taj Dubai on Monday.

“True to IPL’s motto of ‘Where Talent Meets Opportunity’, the inclusion of two new teams will bring more domestic cricketers from our country to the global stage. The ITT process included two interested bidders from outside of India, which strongly emphasizes the global appeal of the IPL as a sports property. The IPL is proving to be a wonderful instrument in globalising the game of cricket. I am keenly looking forward to IPL 2022.”

The RPSG group made the highest bid (Rs. 7090 Crores) on the day though for both venues and had the first call to choose between Ahmedabad and Lucknow but they went ahead with their pre-determined call of choosing the 50,000-seater stadium in Lucknow, Uttar Pradesh.

Goenka has previous experience of owning an IPL team as he owned Rising Pune Supergiant in the 2016 and the 2017 IPL seasons. The businessman who also owns a large share in Indian fotballing giants ATK Mohun Bagan says that he and his staff has calculated all the costs and are ready to invest such a huge amount in the new IPL franchise.

“A lot of planning and calculation has gone into our bidding. I give credit to personal staff for winning the bid.”