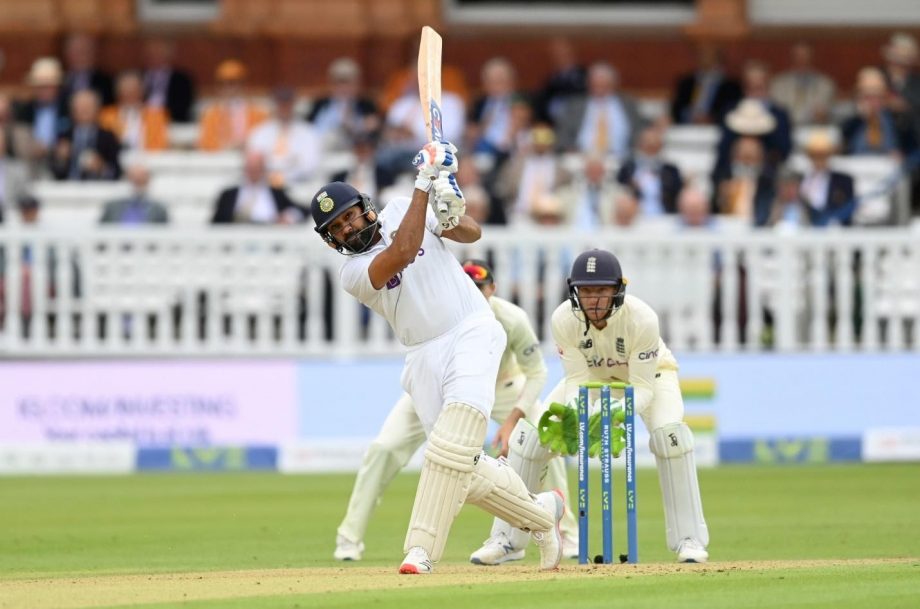 Indian opener’s KL Rahul and Rohit Sharma put a remarkable 100 plus opening stand outside Asia since 2011 in the second Test against England at Lords on Thursday.

The Indian opening pair of KL Rahul and Rohit Sharma put an unbreakable opening stand of 126 runs on the opening day of the second Test against England on Thursday to marks their brilliance after 2011.

However, Rohit Sharma missed his ton after James Anderson got the better of him and sent him back to the pavilion.

After Lunch, Rohit and Rahul brought up the 100 runs opening stand in the 33rd over of the first innings. Rohit played an aggressive role among the two to march for another half-century in the longest format of the game.

Although he played in his traditional way, James Anderson restricted him to two figures in the 44th over to end their 126 runs opening stand.

Rohit bought an end to his brilliant innings on 83 runs. Cheteshwar Pujara came next on the crease who failed to perform again after James Anderson dismissed him on 9 runs.

Earlier today, KL Rahul and Rohit Sharma brought the best of them to the middle as the visitors went to the lunch without losing any wicket. The first session saw a little rain interruption as a result only 18.4 overs were bowled.

Joe Root led England to win the toss and opted to bat first but the skipper could not make use of the fact that his bowlers will put pressure on India after using the overcast conditions.

Rohit and Rahul ensured a solid stand for India and they are looking to set up a big total before the end of the first innings.