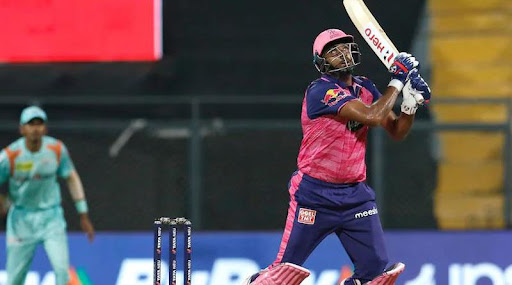 It's a team game that we often forget in the euphoria. But then it's an important aspect of the game we haven't considered

The jury is out to proceed on R Ashwin’s move of retiring himself during the Rajasthan Royals game against Lucknow Super Giants in the IPL at the Wankhede Stadium o Sunday (April 10).

The jury has come out to investigate R Ashwin’s move of retiring himself during the Rajasthan Royals game against Lucknow Super Giants in the IPL at the Wankhede Stadium o Sunday (April 10).

His voluntary exit in the 19th over proved helpful to Rajasthan Royals as the next batsman Riyan Parag smashed eight runs followed by a six off just four balls. Those runs were crucial in the victory of RR to seal a three-run win.

“It was an in-the-moment thing,”

Ashwin told when asked about the time when he decided to sacrifice his wicket.

RR’s coach Kumar Sangakkara said that the decision was a combination of factors discussed between the player and the management.

“It was a combination of both [Ashwin and RR management]. It was the right time to do that, Ashwin himself was asking from the field as well, and we had discussed it just before that, as to what we would do,”

the former Sri Lanka skipper said after the game.

It was a weird encounter as such a move has never been seen in the IPL before, but happened a couple of times. Marylebone Cricket Club, the custodians game, however, said that the move was perfectly within the laws of the game.

“(It’s) just to confirm that it is within the Laws. Law 25.4.1 says the batter can retire at any time. Law 25.4.3 confirms that if there is no injury or illness it’s ‘Retired – out’ and the batter cannot return in that innings without consent of the opposing captain,”

a spokesman for the MCC told, quoting the law.

Asked about this move, R Ashwin, who has played 250 ODI Internationals for India has never been shy of going into untouched parts of the game.

“It’s a team game that we often forget in the euphoria. But then it’s an important aspect of the game we haven’t considered,”

The veteran spinner scored 28 off just 23 balls in that match followed by a couple of maximums and added a 68 run fifth-wicket stand with Shimron Hetmyer to rescue his team giving the idea of football to understand the situation clearly.

“T20 is more a team game than we all know. It is almost as much as football. The goal scorers are like your opening batter or wicket-takers. But they are worth it only if your goalkeeper or defenders are ready to do what it takes,”