Team India is ready to play their first match of the 2023 calendar year and will take on Sri Lanka on Tuesday at the Wankhede Stadium in Mumbai.

Hardik Pandya has been named as the captain for the three-match T20 series with the Chetan Sharma-led selection committee opting to rest senior players such as Rohit Sharma, Virat Kohli, and KL Rahul while Rishabh Pant, Ravindra Jadeja, Mohammed Shami, and Jasprit Bumrah nursing their injuries.

With the 2023 ICC Cricket World Cup coming closer, there are rumours that Indian management is considering a split captaincy formula in order to manage workload. All the teams will be particularly focusing on the 50-over format due to the upcoming World Cup 2023.

This will allow youngsters like Ishan Kishan, Shubman Gill, and Shivam Mavi to showcase their talent for the Men in Blue as head coach Rahul Dravid wants to pave a smoother road to the first team for the players ready for top-level international cricket.

In the year 2022, Sri Lanka toured India for the T20I and Test series and ended up being the losing side in both series after dominating them on India’s tour of Sri Lanka when Shikhar Dhawan led the Indian team for the first time and lost the series.

The Dasun Shanaka-led group have always been a surprise for the big teams as they won against Australia in home conditions recently along with shocking big guns India and Pakistan en route to winning the 2022 Asia Cup.

After a disappointing loss in the semi-final against England in the T20 World Cup 2022, Pandya was the first-choice captain in the absence of the hitman.

In November 2022, India was on a tour of New Zealand where two of the three T20Is were affected by rain and India won one of the three helping the Gujarat Titans skipper win his second consecutive T20I series as skipper after defeating Ireland earlier in June.

On the other hand, Sri Lanka toured India earlier in the year 2022 for three T20Is and two Tests but India, undoubtedly, outclassed the Lankans winning all five games. Dasun Shanaka and company have been playing quality cricket in the longer white-ball format, having won an ODI series against Australia by a 3-2 margin.

But, the island nation’s pedigree to win matches in the T20 format will be tested once again after they lifted the Asia Cup 2022 trophy after defeating teams like Bangladesh, Afghanistan, India, and Pakistan in the tournament. With a trophy in the bank, Lankans will be so high on confidence and will be ready to give a tough fight to the Indians.

India and Sri Lanka have played against each other 26 times and India has an upper hand as they have won 17 games out of those. The Indian team leads 11-2 in the 13 T20Is held in the Indian nation against the Lankan Lions, so it will be a tough job for Sri Lanka to defeat India on this tour.

Players with a lot of international pedigree like skipper Dasun Shanaka, Pathum Nissanka, Wanindu Hasaranga, Maheesh Theekshana, Chamika Karunaratne, and Rajitha will be able to showcase their talent against the inexperienced Indian side.

Suryakumar Yadav: If one player has been consistent in the shortest format of the game, it’s none other than SKY. He is currently sitting at the top of the ICC rankings chart and surpassed Babar Azam of Pakistan. 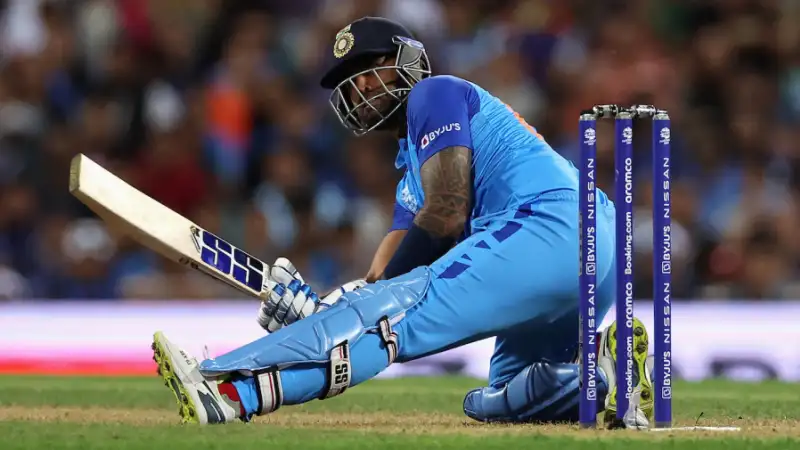 Suryakumar Yadav has already smashed over 1400 runs in just 42 T20Is with a healthy average of 44. In this short career, he has already struck two centuries with 12 fifty-plus scores. No wonder why he deserves to be in the first spot in the rankings. He needs to continue the way he plays and score runs for the Indian team.

Wanindu Hasaranga: Over the past couple of years, Sri Lanka has been really impressive in white-ball cricket and one of the reasons is Wanindu Hasaranga. He can bowl and also make some handsome contributions with the bat making the team tough to beat even on a bad day for Shanaka and co.

In 52 T20 International appearances, Wanindu has taken 86 wickets with an economy of 6.6. He has been on the top of the Indian batters or any battering world you can say. Also, he has two four-fers under his name. Let’s see if he will be effective on the Indian pitches or not.

With India hosting the series, Hardik’s men will have an edge over the visitors. With the strongest bench strength in the world, this Indian squad can challenge any international side in the shortest format at home.

But looking at the current form of the Sri Lankan team, they have the ability to do wonders on the Indian wicket. They have experience now playing in Indian conditions and with some major Indian players missing out, it could also go Sri Lanka’s way come Tuesday.