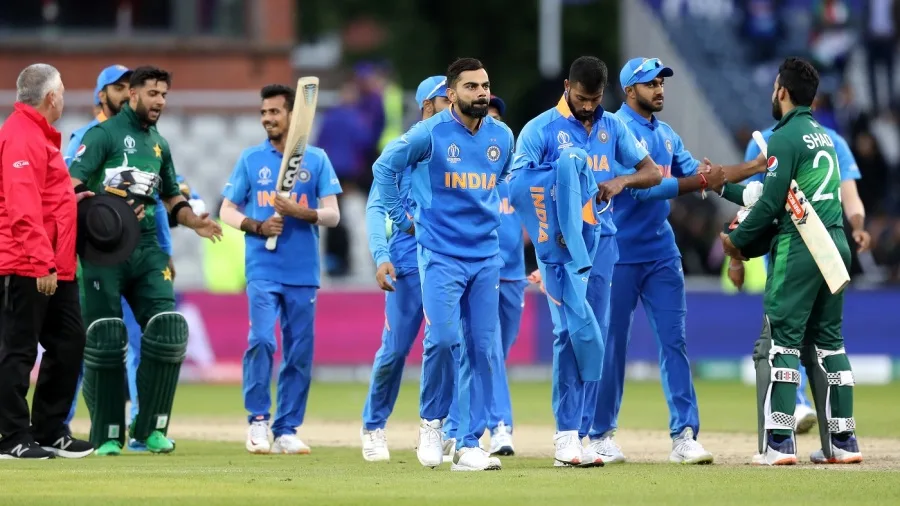 India and Pakistan have both won the T20 World Cup one time each, in 2007 and 2009 respectively

The greatest arch rivals in the sport of cricket, India and Pakistan have been placed in the same group of the ICC T20 World Cup 2021 in the Super 12 stage, to be played in the United Arab Emirates (UAE) and Oman from October 17 to November 14. The ICC on Friday announced the tournament’s groups for the first round and the Super 12, with another T20 World Cup lined up next year to be played in Australia.

This will be the first time that India and Pakistan are playing since their meeting in the ICC 2019 World Cup held in England, a contest in which Pakistan were thoroughly outplayed by a rampant Indian cricket team in the league round.

The 2021 T20 World Cup will be held over two stages as the ICC announced groups for both the rounds — for the first round and for the Super 12 stage which is the first global cricket tournament organised by the governing body since the outbreak of the coronavirus pandemic early in 2020.

The first round has been divided between two groups and matches for this stage will be played in both UAE and Oman. Sri Lanka, Netherlands, Namibia and Ireland are placed in Group A, whereas Scotland, Oman, Papua New Guinea and Bangladesh are placed in Group B. Two teams each from these groups who will finish at the top will progress to play in the Super 12 stage, to be held across three venues in the UAE — Sharjah, Abu Dhabi and Dubai.

“There are some great match ups offered by the groups and it starts to bring the event to life for our fans as our first multi-team event since the onset of the global pandemic draws closer. Given the disruption caused by COVID-19, we selected the cutoff date as close as possible to the event to ensure we were able to include the maximum amount of cricket in the rankings which determine the groups.”