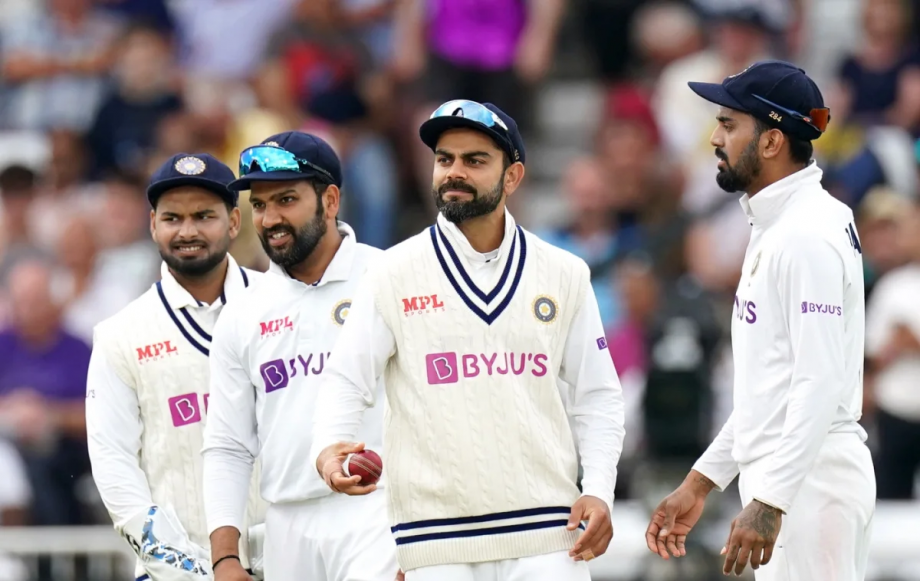 Indian players celebrate a wicket against England on Wednesday

India made a strong start to the England Test series at Trent Bridge in Nottingham, reaching 21/0 in reply to the home team’s total of 183 all-out on the opening day of the first Test of the five-match series, on Wednesday.

The Indian cricket team bowlers produced a fabulous display of fast bowling against England, whose bowlers could not provide them a breakthrough when the visiting team openers came out to bat for about an hour’s play left in the day. Rohit Sharma and KL Rahul were both unbeaten on 9 as India ended the day’s play with 162 runs more to score in order to take the lead in the first innings.

India were bold and a little audacious earlier in the day when they decided to go into the first Test without their ace spinner Ravichandran Ashwin, and their only spinner in the game, Ravindra Jadeja, was not required to bowl more than 3 overs as the fast bowlers did the job for the team perfectly.

While Mohammad Siraj took only one wicket in the form of Zak Crawley, Shardul Thakur got the big wicket of England captain Joe Root and also dismissed their all-rounder Ollie Robinson.

The home team were poor with the bat, but the same cannot be said for their captain Joe Root, who scored a vital half-century which kept their innings going on forward despite losing wickets regularly. Root faced 108 balls to make 64, which included 11 fours. The second highest scorer for England was Bairstow, who made 29. While Crawley and Sibley both fell after making strong starts to their respective innings, it was an unbeaten innings of 27 from Sam Curran which provided some crucial late runs for the home team which collapsed against the Indian bowlers.

England were looking at a big total when they were cruising at 138/3 at one stage, but they lost all of their wickets for only 45 runs in what was yet another poor batting performance by the England team, which had opted to bat first after winning the toss.