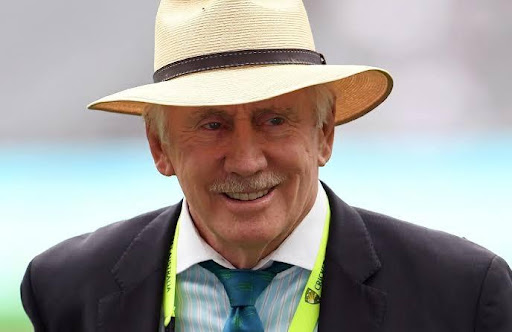 Former Australian captain Ian Chappell feels Ben Stokes the Test captain has a lot to gain from his match-winning performances in the T20 World Cup while Chappell wrote what Stokes the captain, as well as the batter, can learn from his recent T20 success.

Former Australian captain Ian Chappell feels Ben Stokes the Test captain has a lot to gain from his match-winning performances in the T20 World Cup.

Stokes showed his big match prowess once again with a fighting unbeaten half-century in the T20 World Cup final against Pakistan. His innings in the 2019 ODI World Cup final and the Ashes Test in the same year have become part of the cricketing legend.

In his column for ESPNcricinfo, Chappell wrote what Stokes the captain as well as the batter can learn from his recent T20 success.

“Stokes has an enviable record of performing at his best when the stakes are highest. He has done it in crucial Tests and one-day matches and now he has achieved that remarkable feat in T20 cricket. It’s no wonder England captain Jos Buttler demanded his presence in the World Cup squad.

“Typical Stokes – he was biding his time in the round-robin games until it came to the must-win match against Sri Lanka,”

“Having achieved wonders in his debut season as Test captain despite playing some reckless innings, this knock should convince Stokes that at times he needs to bat with a little more caution in the longer format. England needs Stokes playing well and contributing his best when it matters most,”

“The fact that Buttler pushed for Stokes’ presence in the T20 squad despite the allrounder’s rare appearances in the format speaks highly of the captain’s short-form knowledge.

“Buttler displays much T20 expertise and the one-on-one sessions in which he talked with England players about their role further enhanced those leadership qualities.”

Stokes has already retired from ODIs.

“Despite Buttler’s T20 success, he is an enigma in Test cricket. He is a valuable T20 keeper in addition to being a match-winning batter, but on recent form, there’s no place for him in the Test side.

“He’s not a Test keeper, and you can’t play him as a batter because, in addition to being unsure of himself, he’s a dubious proposition when there are slips in place.

“Buttler’s batting dilemma gives credence to what former Australian captain Mark Taylor believes – that the short forms of the game, unlike the Test version, dictate how you play. This is particularly so in T20 cricket, where the game demands a sure-minded batter right from the off, which suits Buttler.”

Coming back to Stokes, Chappell feels he also needs to review the Test team’s policy on the spin. Both Moeen Ali and star leg-spinner Adil Rashid don’t play Tests.

“The other major item on his agenda is spin bowling. England needs to rethink their Test policy on spin and search for a bowler who can dismiss batters on good pitches. In short-form games, spin bowlers can lure batters into committing cricketing suicide, which is a valuable skill.

“However, that is rarely viable in Tests, and having a spinner play a holding role also has limited value in the longer game.

“Stokes is evolving as a captain and has also produced enough magical performances in the heat of battle to be considered a miracle worker by his teammates.

“This is invaluable for a captain. Being a smart cricketer, Stokes can now advance his Test leadership by shrewdly assessing those aspects of a successful T20 World Cup campaign that attracted his attention,”