Eoin Morgan: Venkatesh Iyer seems to be batting on a different wicket 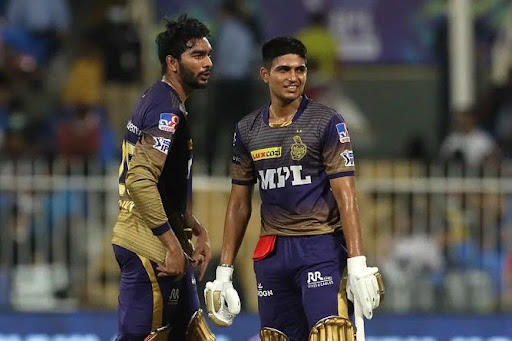 In Qualifier 2, Kolkata Knight Riders defeated Delhi Capitals by 3 wickets to secure their spot in the final of the 2021 edition of the Indian Premier League campaign against Chennai Super Kings.

Batting first, Delhi posted a total of 135 as opening batsman Shikhar Dhawan anchored the innings with Prithvi Shaw and Shimron Hetmyer providing the runs at a brisk pace at both ends of the innings. Varun Chakravarthy picked two crucial wickets of Dhawan and Shaw whilst none of the bowlers conceded runs at an economy of more than 7.0.

Kolkata had a small target of 137 on paper but the pitch was slow and they needed a fine start from their openers Shubman Gill and Venkatesh Iyer. Gill and Iyer put on a magnificent partnership of 96 in 12.2 overs.

KKR’s star-studded middle order made a meal out of the run-chase with only 40 runs needed off 46 balls. Veteran wicket-keeper batsman Dinesh Karthik, skipper Eoin Morgan, and the in-form all-rounders Sunil Narine and Shakib al Hasan were all dismissed for a duck before Rahul Tripathi smashed a maximum with 6 runs needed off the last 2 deliveries.

At the post-match presentation, DC skipper Rishabh Pant got emotional after a brilliant campaign under him and vowed to come back stronger in the next edition of the cash-rich league.

“I don’t have words to express at the moment, can’t tell anything. We just kept believing, tried to stay in the game as long as possible. The bowlers nearly pulled it back, but it’s unfortunate that it didn’t go our way. They bowled very well in the middle-overs, we got stuck and couldn’t rotate strike. Delhi Capitals are known to be positive and hopefully, we’ll come back better next season. We played really good cricket, yes, there will be ups and downs, but we’ll stay positive, be there for each other, care for each other, and hopefully, we’ll come back better next season.”

The winning skipper Morgan said that the team management will be discussing the collapse towards the end but also praised Rahul Tripathi for his winning runs.

“We will dissect what happened in the last four overs. The openers gave us a great platform. But we have won and we are in the finals. We are delighted to get over the line. We are in the entertainment business and need to play some entertaining cricket. Six off two and you would say the odds are for the bowling side. But Tripathi has done it for us so many times.”

Morgan further praised the team and reserved special praise for the man of the match, Venkatesh Iyer who ‘seems to be batting on a different wicket’.

“The guys coming in feel free to express themselves. The backroom staff has created an excellent atmosphere for that to happen. With the squad we have, we had huge expectations. Our coach BMac (Brendon Mccullum) saw (Venkatesh) Iyer and had tracked his progress. Iyer seems to be batting on a different wicket. Anything can happen in a final!.”

Iyer talked about his role in the team and how he went out to play his shots to give his team the cushion required in case of a late collapse.

“I am doing what has been asked of me. I am very happy that we ended on the winning side. There is no difference. I came out and played the way I want to play. I am grateful to the management. It is a wonderful place to come and play.”

The Madhya Pradesh all-rounder also discussed how he was trying to restrict his batting style over the past couple of matches but went all out on the big night.

“I think in the past couple of games, I have been trying to restrict myself a bit as I wanted to stay till the end. But then I thought it is not me. I was losing out on the present trying to be a bit conservative. Gill is an extremely wonderful stroke player and we complement each other.”

KKR will now take on the MS Dhoni-led CSK in the big finale on Friday which will see two ICC World Cup-winning captains fighting it out for the IPL trophy for the first time in the tournament’s history.