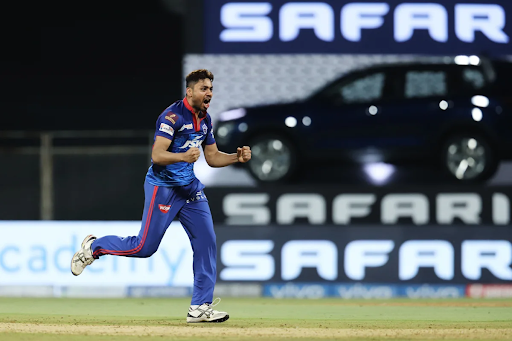 The Indian cricket board has asked young Madhya Pradesh players Avesh Khan and Venkatesh Iyer to stay back in the United Arab Emirates (UAE) after the conclusion of their respective teams’ campaign in the ongoing Indian Premier League (IPL) 2021 tournament. Avesh and Iyer will be joining the Indian cricket team as their net bowlers for the ICC T20 World Cup 2021, which starts a few days after the conclusion of IPL 2021.

According to reports, both Avesh and Iyer have been asked by the BCCI to stay back in the UAE as net bowlers and they have not been picked up in the list of standby players, which includes Shreyas Iyer, Shardul Thakur and Deepak Chahar. All participating teams have a deadline of October 15 to finalise their squads for the T20 World Cup.

The right-arm bowler Avesh has been a part of the Indian squad during the tours of Australia and England over the last one year. He was injured during the tour of England and had to return home. But the inclusion of Iyer is certainly surprising given the fact that the young all-rounder has impressed more with the bat than with the ball in IPL 2021.

Iyer has been a revelation for Kolkata Knight Riders this season as he has scored 265 runs in eight outings at a strike rate of 123.25 and has also picked up 3 wickets including a 2-wicket haul in about 8 overs that he has bowled so far.

On the other hand, fast bowler Avesh has been a key performer for Delhi Capitals since he is their leading wicket-taker with 23 scalps in 15 matches at an economy of 7.50. He has taken 8 more wickets than Delhi’s second best bowler in Akshar Patel.

It must also be remembered that India had earlier added rookie Jammu and Kashmir player Umran Malik, who was a part of the Sunrisers Hyderabad squad in IPL 2021. Malik particularly impressed the Royal Challengers Bangalore and India captain Virat Kohli with his fast bowling, clocking 153kmph in the contest between SRH and RCB.