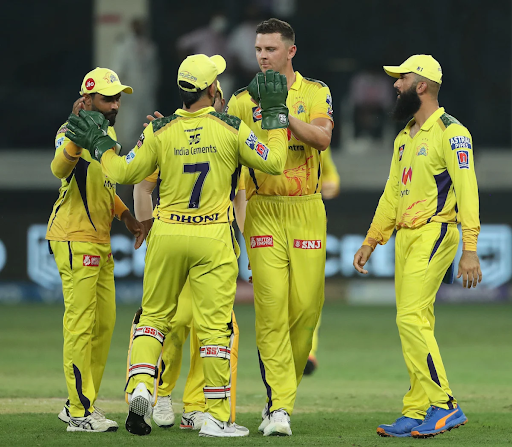 Chennai Super Kings (CSK) will look to add the fourth trophy in the Indian Premier League (IPL) tournament when they take on the two-time title winners Kolkata Knight Riders (KKR) in the summit clash of the 2021 edition, to be played at the Dubai International Cricket Stadium on Friday night.

Chennai Super Kings had finished as the first team to have qualified for the IPL 2021 knockouts round and they even became the first team to make it to the final this year, which implies that MS Dhoni’s team will be expected to continue with their stunning form and record another title victory.

CSK had beaten Delhi Capitals in the Qualifier one of IPL 2021 to make it to the final directly whereas the other finalist in Kolkata Knight Riders had to go through two stages of qualification for the ultimate contest. Kolkata Knight Riders defeated Royal Challengers Bangalore in the IPL 2021 Eliminator and went on to defeat Delhi capital in Qualifier 2.

Chennai Super Kings last won an IPL title in 2018 which was their comeback year after serving a two-year ban. CSK also went on to play in the final of IPL 2019, which they lost narrowly to the Mumbai Indians. It was in the 2020 IPL that Chennai Super Kings had their worst season, failing to qualify for the knockouts for the first time ever as Mumbai Indians extended their record to five title victories.

The match will be played in Dubai where teams batting second have won 9 out of 12 matches. The first four matches at this venue in IPL 2021 witnessed teams defending their total successfully on three occasions, which has now become an elusive factor. Kolkata Knight Riders will be particularly excited about chasing at Dubai given that their bowlers did well in the first half of the match to set up a moderate target for their batsmen against both RCB and DC.

Chennai Super Kings look a very well settled unit with their opening pair of Ruturaj Gaikwad and Faf du Plessis causing a lot of damage to the opposition bowling lineups. CSK also have some very dangerous batsmen in Moeen Ali, Ambati Rayudu, Ravindra Jadeja and even MS Dhoni, who produced a superb knock against Delhi capital’s in the Qualifier 1 to take his side into the final directly.

Deepak Chahar and Josh Hazlewood have been the key performers with the ball for Chennai Super Kings, which can be set for the likes of Sunil Narine and Varun Chakravarthy in the KKR camp. These two spinners have been very impressive particularly in the last two matches, with the West Indies veteran player being at the top of his performance particularly against RCB.

Kolkata Knight Riders have been on a rise both with the bat and the ball. Venkatesh Iyer has been a consistent scorer for them at the top of the order, where he has been joined by India opening batsman Shubman Gill. The others in Rahul Tripathi and Nitish Rana carry a lot of responsibility given that Kolkata Knight Riders captain Eoin Morgan is struggling for runs.

While Kolkata have forced their way into the final of IPL 2021, Chennai Super Kings barged into the contest without facing a lot of trouble. Certainly, CSK will be the team to beat in the IPL 2021 final.