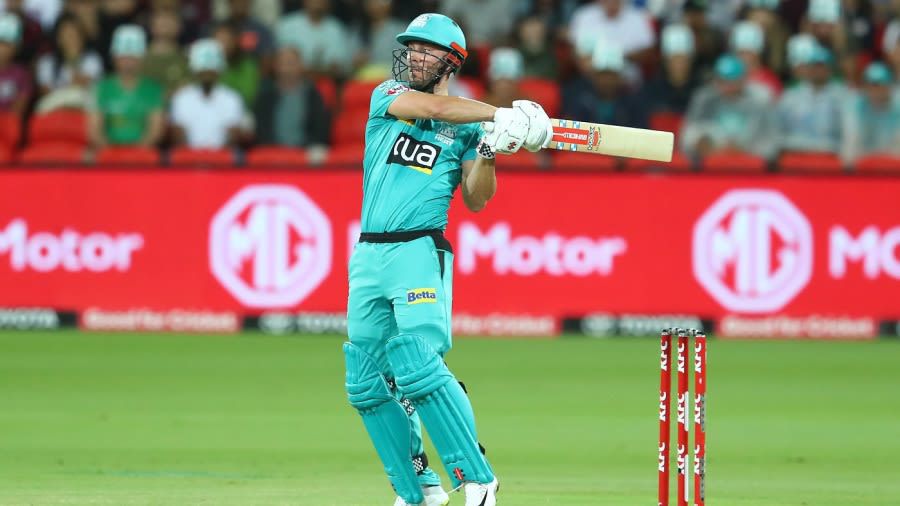 Max Bryant and Chris Lynn were the heroes with the bat for the Brisbane Heat, who defeated the Melbourne Stars by 17 runs on Thursday via the Duckworth Lewis method on a rain-affected day at the Carrara Oval in Gold Coast in the Big Bash League (BBL) 2020-21.

In the contest reduced to 10 overs per side, Brisbane Heat scored 115/3 batting first while Melbourne Stars were restricted to 111/5 as they were chasing 129 to win in 10 overs. Mark Steketee claimed 3/25 from his 2 overs while Mujeeb Ur Rahman and Lewis Gregory took 1 wicket each in the victory for the Brisbane Heat, who now have four wins and as many losses in the 10th edition of BBL.

The foundation of the win was laid down by Bryant and Lynn who added 68 runs for the first wicket in 6.5 overs to provide a strong start to their side. Bryant smart 4 fours and 1 six to score 31 off only 23 balls while Lynn hammered 4 sixes and 3 fours to make 48 from 23 balls. Towards the end, Joe Burns also freed up his arms hitting 3 fours and a six to make 22 off 11 balls.

Adam Zampa was the best bowler for Melbourne Stars with figures of 2-0-7-2 whereas Glenn Maxwell and Hilton Cartwright claimed one wicket apiece.

Melbourne Stars fought well but the target of 129 from 10 overs proved to be beyond them. Andre Fletcher made 15, Marcus Stoinis smacked 4 boundaries and a six to score 34 off only 20 balls, Nicolas Pooran made 16 off 5 balls whereas Nick Larkin clobbered 2 sixes and 4 fours to score 35 off only 16 balls.