AUS vs IND: Ravi Shastri lauds the comeback as greatest in history, India won the MCG Test to level the series 1-1 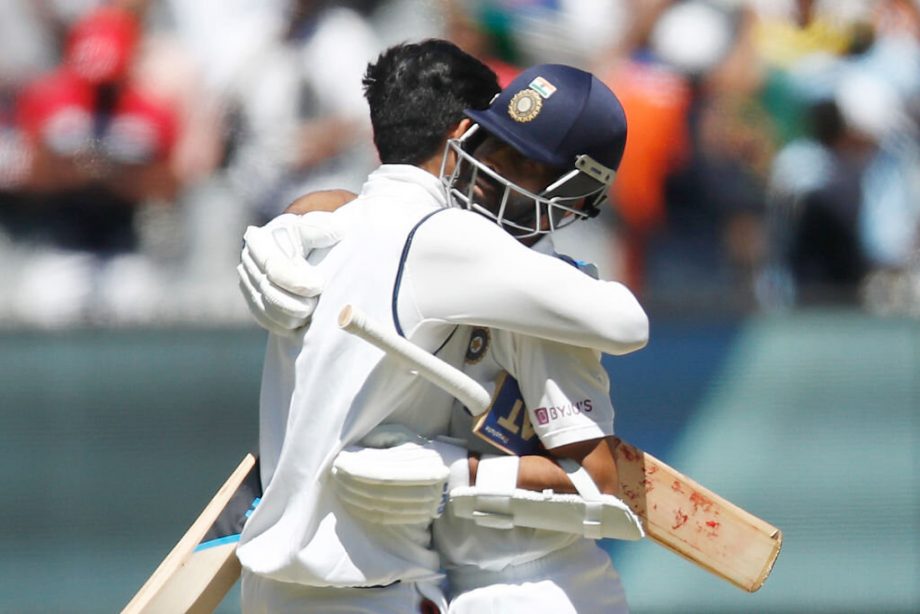 India came back hard against Australia at MCG to win the Test by 8 wickets on the back of an embarrassing defeat of the lowest Test total ever of 36 runs by India. Indian head coach, Ravi Shastri is very excited for the comeback and he rated the comeback highly in a press conference.

Indian team bowled out on 36 in their previous Test match. Virat Kohli left for home, Muhammad Shami injured and ruled-out from the tour. India had a lot of homework to do to give a strong comeback at MCG, achieved the task in the middle of day 4 by 8 wickets, written in the books of Test cricket as greatest comeback victories.

The loss of early two wickets may have aroused the hopes in the Australian line-up but it was never threatening as the target was in double figures, Ajinkiya Rahane scored the winning runs. Rahane has secured three wins in all the three matches that he captained and never had this team gone from the lowest point to the highest in such a short period.

Australia’s lower order batting of four wickets kept the fight alive in the morning but they never got out from their defensive play as Ravichandran Ashwin bowled the final over before lunch with the lead of 69. Australia reached 200 runs in 103.1 overs, it was their slowest Test innings on their home ground, managing to score only 10 boundaries. Last time it was West Indies in 1988 at MCG where they did not manage an individual half-century.

Somewhere they had it in their mind that they were bowled out for 36 runs in their last Test as Mayank Agarwal ended his struggling innings to Mitchell Starc and Pujara gave an easy catch on the gully position lifted the occasion, third time picked up by Cummins out of 4 innings.

Shubman Gill played an innings full of decency alongside the skipper, Ajinkya Rahane who also hit some good-looking boundaries to seal the remarkable victory by 8 wickets.

Earlier today, Australia had started with Cummins and Green survived the second new balls with scoring only 16 runs in 14 overs. The harder ball worked for Jasprit Bumrah as he bounced to Cummins, caught in the slip.

Green played a serious inning with great defensive strategy and he almost reached his first Test half-century when Muhammed Siraj picked-up his wicket, sliced a pull on midwicket, caught by Ravindra Jadeja on 45.

Mitchell Starc was given out on 9, caught in the slip but he reviewed and went halfway to the rope, came out he hit the pad with the bat, not the ball. Nathan Lyon gloved back to the keeper, leaving Australia nine down. Lunch was delayed and finally, Hazlewood left the ball into stumps, bowled by Ashwin.

‘Great comebacks in the history’

Indian head coach, Ravi Shastri was all excited for India’s historical comeback. He could not stop himself from applauding India as they won by 8 wickets under the captaincy of Ajinkiya Rahane.

“This will go down in the annals of Indian cricket…world cricket…as one of the great comebacks in the history of the game. To be rolled over for 36 and then three days later get up and be ready to punch was outstanding. I think the boys deserve all the credit for the character they’ve shown. A real character,”

“I think it (turning point) was the innings of Ajinkya Rahane. The discipline on such a big stage in a massive arena. To come as captain of your team, bat at No. 4; when he came out to bat we were two down for 60 and then to bat 6 hours on probably the toughest day to bat. Because it was overcast all day, the sun never came out and he batted for 6 hours. Unbelievable concentration. I thought that was the turning point, his innings was the turning point,”