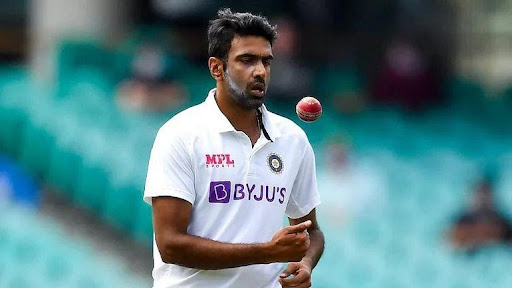 Ravichandran Ashwin has quite a one-and-off career going on for India for what for most of his success story starts at home where he took 300 of his 430 Test wickets and 24 of his 30 Test fifers have come from.

Indian skipper Virat Kohli says a few words in favor of Ravichandaran Ashwin who has quite a one and off career going on for India for what for most of his success story starts at home where he took 300 of his 430 Test wickets and 24 of his 30 Test fifers have come from.

And he took part in some overseas assignments too where countries do not encourage playing with two spinners and he spent most of the time sidelines.

To be fair with the stats, Ravindra Jadeja was the only spinner for India who was quite fit for the role as a lone spinner; offering turn with the ball to the off-side along with some skidders and then valuable contributions with the bat at the lower order.

India’s conditional quest for the balance of sides has made them go for tough calls – whether preferring Ashwin or Jadeja – and with each, they’ve earned a level of satisfaction. Despite showing a brilliant effort and inspiring degree of control at Southampton last July, they had to make extra room for the extra seamer in the four Tests against England a month later.

But due to the absence of Jadeja following an injury, Ashwin has to show enough capabilities with both bat and ball in the two Tests against South Africa for Virat Kohli to make a count on the 35-year-old’s abilities occupy an all-rounder space for the side, irrespective of conditions.

“If you look at his [Ashwin] batting contributions in the last Test and the way he bowled in the second innings – 19 runs in 10 overs and picking up a wicket [1/26 in 11.4] when he could’ve easily had 2 or 3 – I think that’s an outstanding contribution to the team,”

Kohli said on the eve of the third Test against South Africa in Cape Town.

“Ash knows that his game has come forward leaps and bounds, especially bowling overseas. He understands that himself from Australia onwards. He’s in a very comfortable space where he’s willing to contribute for the team and he’s doing so in the right intention and the right way.”

Ashwin’s bowling in the later innings of both the Tests has been quite convincing, and his 50-ball 46 in the first innings of the second Test helped his side move past the 200-run mark, and helped them avoid the defeat by a bigger margin.

“Unfortunately, Jadeja has had an injury but Ash has obviously done the job in his absence and we have full faith that Ash can continue to play that role of spinning all-rounder for use in any conditions that we play.

“Jadeja’s value everyone understands and everyone knows over the years what he’s done for the team but I think Ash has been playing that role beautifully for us,”