“Only one guy did it once at such a young age. Michael Jordan in 1985”: Luka Doncic breaks new record 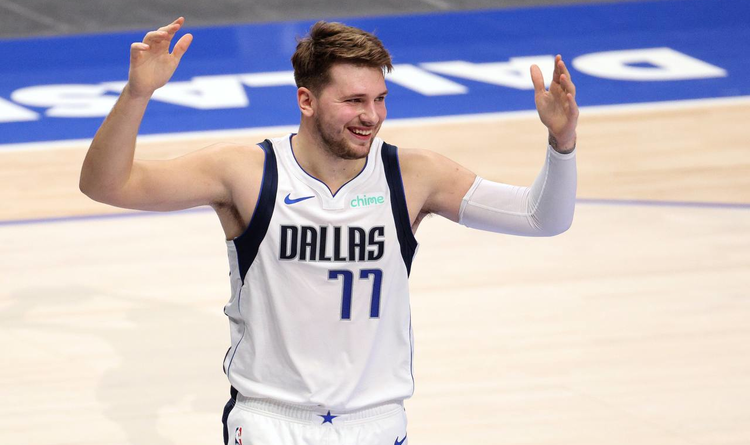 December 17, 2020: Luka Doncic (77) of the Dallas Mavericks plays against the Minnesota Timberwolves at American Airlines Center

Luka Doncic is believed to be the most popular NBA 2020-21 MVP candidate. The 21-year-old is the youngest superstar, and some experts expect Doncic to become better than LeBron James and Michael Jordan. His new amazing record proves that Luka Doncic is full of potential.

Even though Luka Doncic is one of the youngest NBA superstar players, he can face and defeat the League’s top players. Today he can compete with LeBron James, James Harden, Stephen Curry, Kevin Durant, and many other star players. Since experts believe that Luka is just warming up, he can become the next Michael Jordan in a few years. And while everyone is waiting to see Doncic rise even higher, the young superstar is breaking new records.

But Doncic’s latest achievement is so impressive that it is almost impossible not to believe that he is about to become the best active NBA player. According to ESPN Stats & Info Twitter, the superstar’s performance against the Denver Nuggets makes him a better player than young Jordan:

“Tonight Luka Dončić finished with 35 pts, 16 ast & 11 rebounds…his 3rd career 35-15-10 game. According to Elias Sports, he’s the only player in NBA history to do it multiple times before turning 22 and only one guy did it once at such a young age… Michael Jordan in 1985.”

The NBA is changing, and veteran players are leaving the League. This is an excellent opportunity for Luka Doncic to become the GOAT(Greatest Of All Time) after LeBron James and Michael Jordan. The 2020-21 NBA season will show if the 21-year-old is ready to be the best.