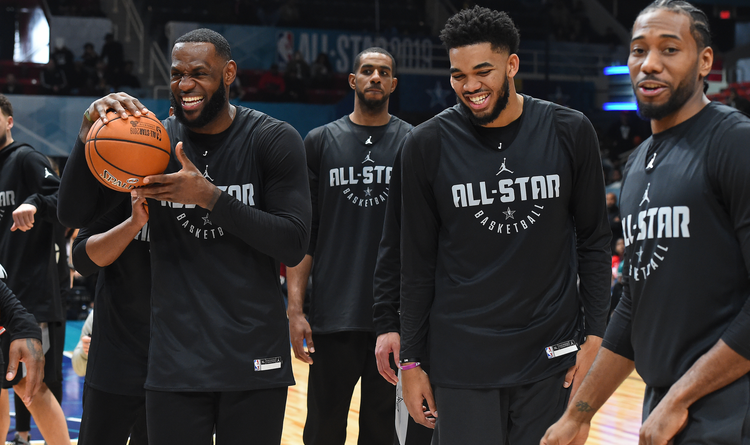 Superstar players are not happy with the League’s decision to hold the 2021 NBA All-Star Game in Atlanta on March 7. LeBron James (LA Lakers), Giannis Antetokounmpo (Milwaukee Bucks), Kawhi Leonard (LA Clippers), Nikola Jokic (Denver Nuggets), and many other top athletes would prefer to have a rest instead of playing during the pandemic.

LeBron James about the 2021 All-Star Game: “I have zero excitement”

Therefore, the recent decision to hold the 2021 NBA All-Star Game in Atlanta on March 7 was rather a surprise. NBA fans and players don’t understand why attracting a lot of viewers is more important than safety. Giannis Antetokounmpo, Kawhi Leonard, LeBron James, Nikola Jokic, and many other superstar athletes say that they would rather spend more time with their families. The league’s top players believe that this event will be organized just to earn more money.

LeBron voiced his concerns after the Lakers’ victory over the Denver Nuggets:

“I have zero energy and zero excitement about an All-Star Game this year. I don’t even understand why we’re having an All-Star Game, but it’s the agreement. Obviously, you guys can see I’m not very happy about it, but it’s out of my hands, and I’ll be there physically if I’m selected.”

Even though the League’s new health and safety protocols are very effective, organizing the 2021 NBA All-Star Weekend during the coronavirus pandemic is definitely not the best decision. Hopefully, the NBA has a good plan, and the 2021 NBA All-Star Game would be just a fun and safe event.